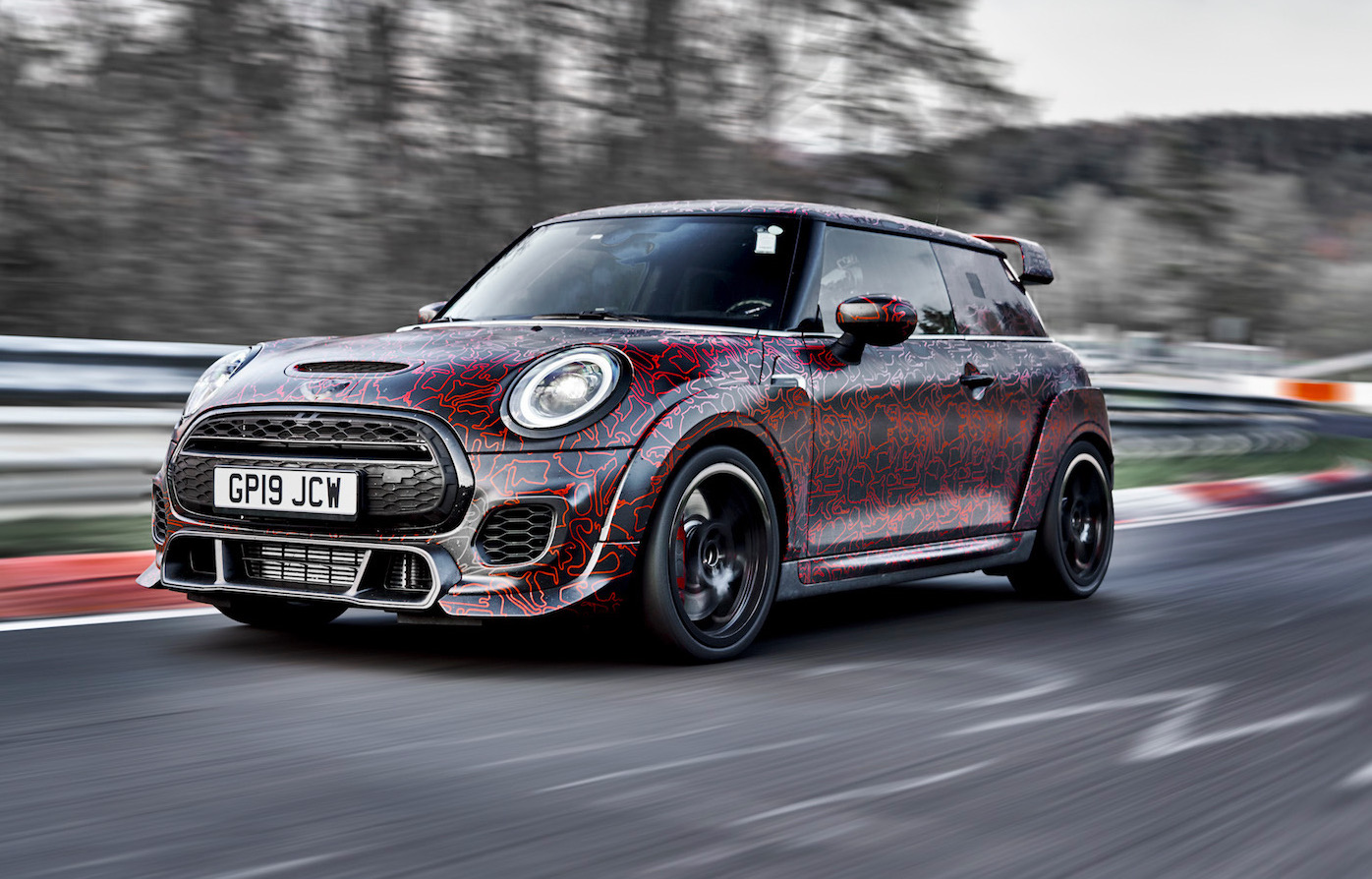 There’s a new super-hot MINI on the way, known as the all-new MINI John Cooper Works GP. The company showcased a pre-production prototype of the muscular micro car at the 2019 24 Hour Nurburgring in Germany over the weekend. 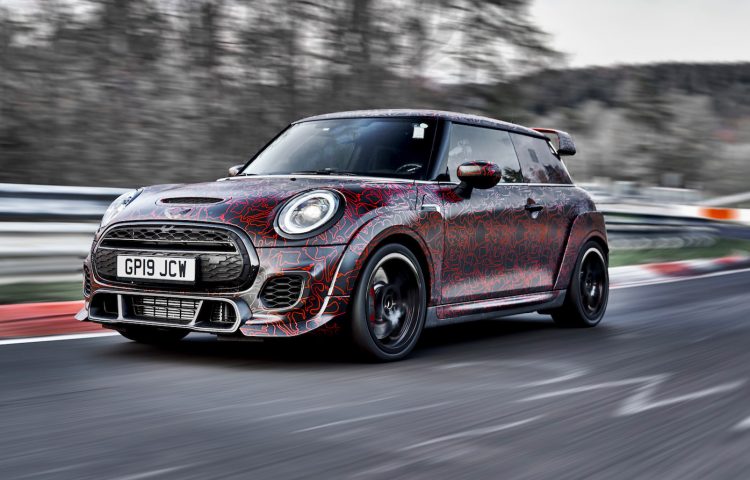 The new model will take inspiration from the GP Concept revealed in 2017. You only need to check out the fat wheel arches and huge rear wing to see this model is serious. Testing is still ongoing, with prototypes being pushed hard around the Nurburgring to fine-tune the car.

Some of the initial stats that are coming through from testing are impressive. You might remember the previous JCW GP lapped the Nurburgring in 8:23. MINI says this new version can do it in under 8:00 minutes. And the tuning and testing isn’t even over yet.

Is MINI looking to swipe the front-wheel drive production car lap record at the track? The company hasn’t specifically said, however, in order to topple the record it will have to surpass the new Renault Megane RS Trophy-R which recently clocked a 7:40.1 lap. 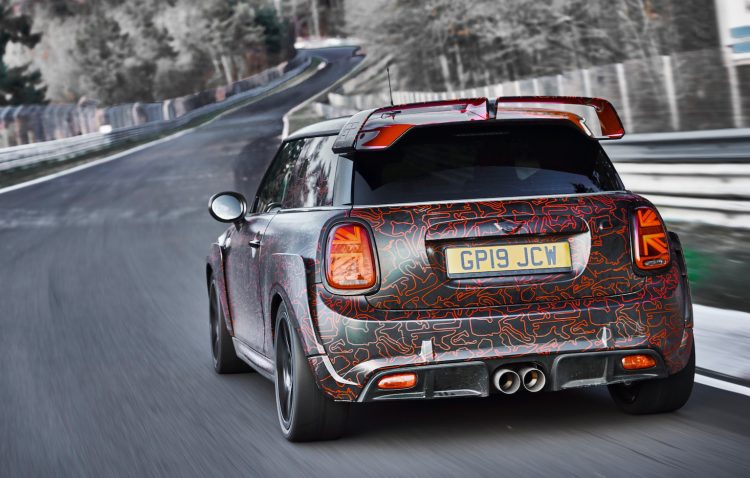 Judging by the prototype, the wide-body aero kit will be heavily inspired by the concept version from 2017. The scooping front spoiler extends to form pumped out front wheel arches. And check out the fins that extend on from the front arches. These are then matched for the rear wheels, with a big wrap-around wing mounted up top.

MINI is planning to produce just 3000 units for global markets, and market entry will take place some time in 2020, MINI confirms. A recent spy video captured testing of the super hatch a couple of weeks ago. See below.