Aston Martin has revealed a special concept car at the 2012 Concorso d’Eleganza Villa d’Este called the Aston Martin Project AM310. The red hot supercar is said to preview the 2013 model DBS. 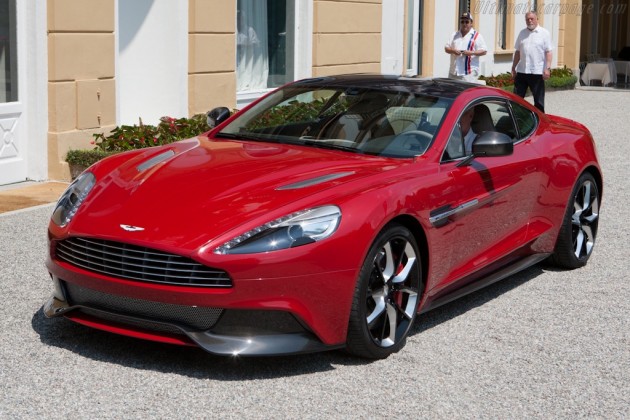 Featuring very aggressive body styling, with a carbon fibre front splitter and side skirts, Project AM310 shows us what we could expect on the new DBS. Underneath, the platform is said to be a revised version of the current setup, rather obviously, however, Aston Martin claims 75 per cent of the components are new.

Power comes from the company’s renowned 6.0-litre V12 engine, with output figures set to be around the 429kW mark. This sort of power pitches it right up against the likes of the Mercedes-Benz SLS AMG.

Popular supercar YouTube channel wiz, Marchettino, has managed to capture some sounds of the awesome concept while at the show. Take a listen to that glorious V12 soundtrack below, it’ll melt your spine.

Like all Astons, Project AM310 is a sexy machine. It features the latest in Aston’s design language, with modern and sharp highlights, particularly around the nose, and it also manages to blend in Aston’s more traditional elements – it’s unmistakeably, and quintessentially, an Aston Martin in every way.

The next-generation Aston Martin DBS is expected to be revealed in full at the 2012 Pebble Beach Concours d’Elegance event in California in August this year.