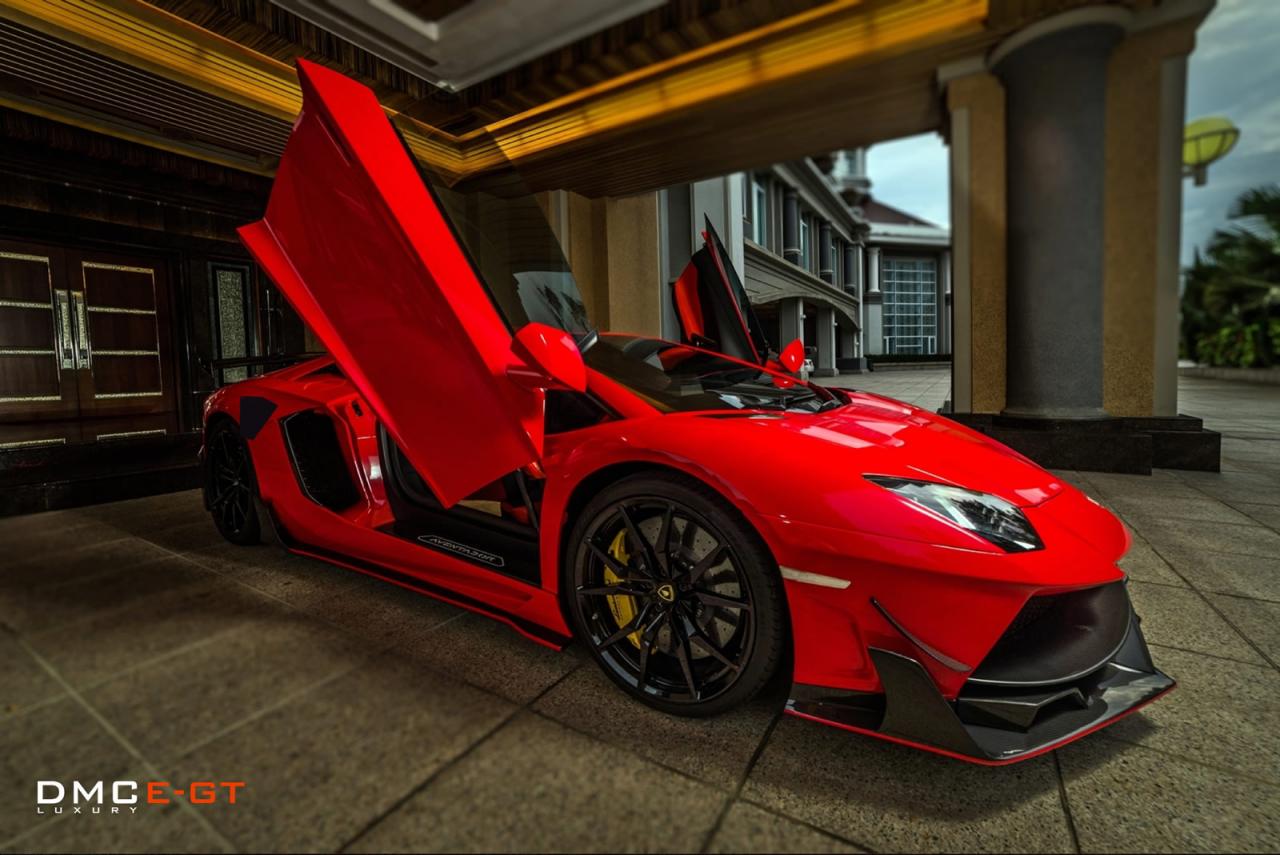 Some tuners go for a discreet theme while others go a bit crazy. The latest package from DMC can only be described as completely bonkers. It’s for the already-mental Lamborghini Aventador. 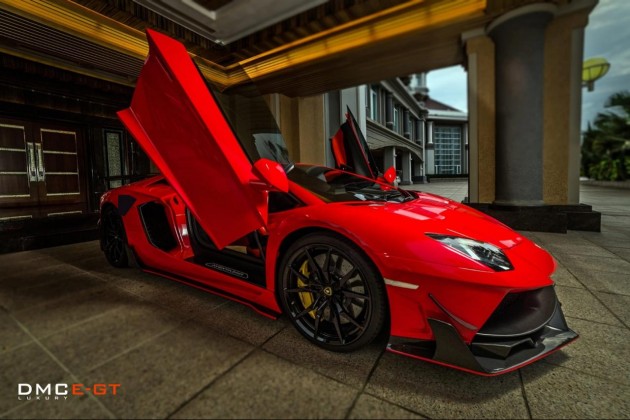 With a name like ‘LP998 Edizione GT’ you just know it’s not going to be a timid little hatchback. And DMC proves that with an outrageous custom bodykit which enhances every part of the Lambo. This is not over the top. It goes further than that.

It includes new front and rear bumper bars, a completely redesigned rear section and chunky-as-hell diffuser, as well as sizeable carbon fibre wings front and rear. The whole package has apparently been developed to pass FIA regulations yet it is still street legal. Street legal, where? On the moon? 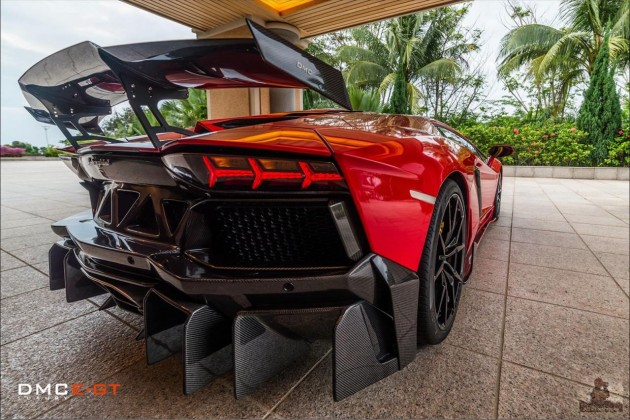 The standard wheels are a thing of the past, now the Italian exotic is equipped with sinister mesh-style black alloy items. Behind, there’s a serious brake upgrade for harnessing some of the mental party that goes on in the back.

In standard form the Aventador uses a 6.5-litre naturally aspirated V12 producing 515kW. DMC has gone for a comprehensive twin-turbo kit that takes power up to a whopping 727kW. Part of all this commotion is thanks to a revised engine computer and a new fuel system.

We’re not sure what kind of performance this crazy beast offers, but one thing is for sure, it will never go unnoticed whether on the street or track.