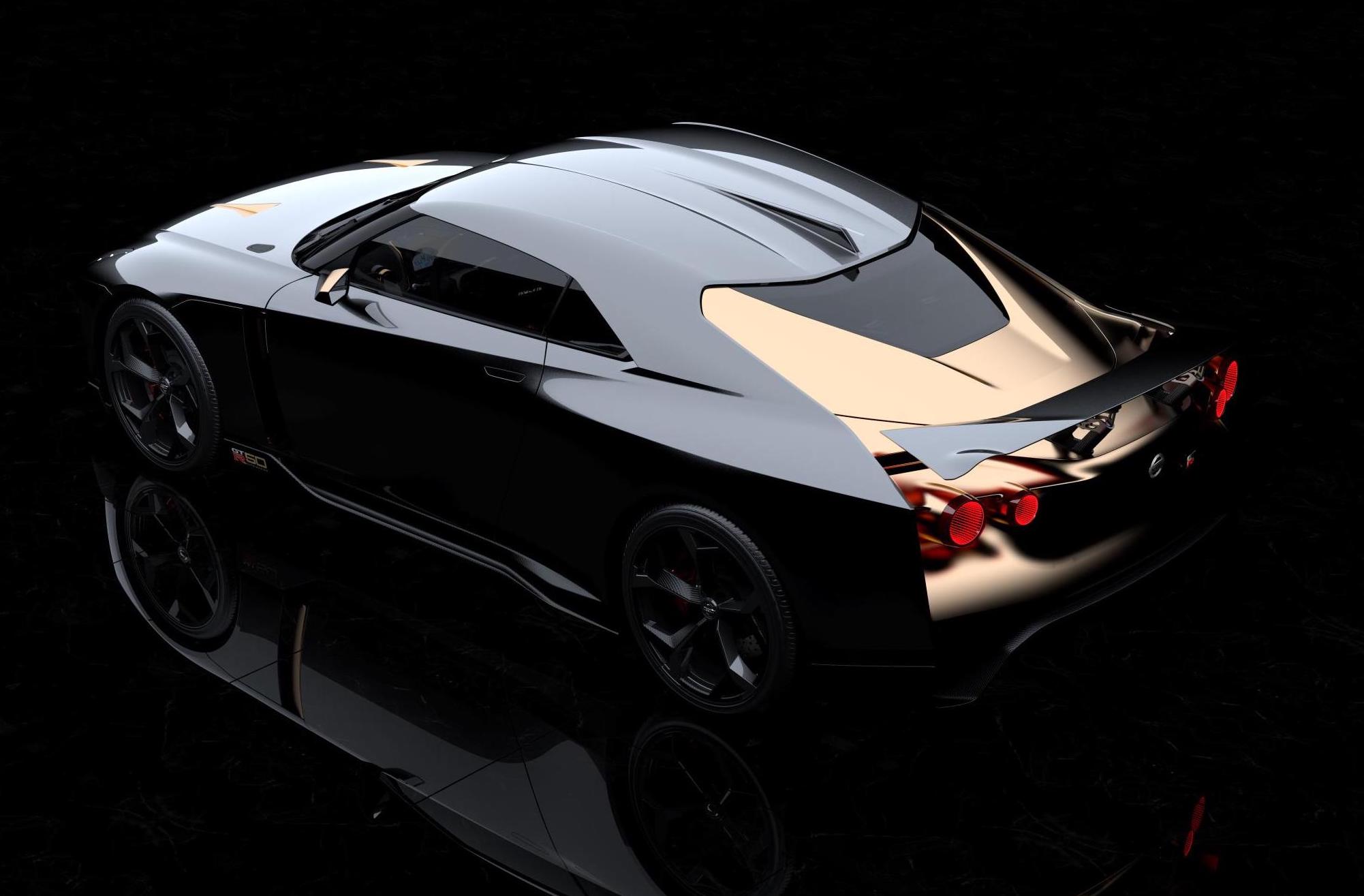 A very special Nissan GT-R is being created, called the GT-R50, to help celebrate the 50th anniversary of the GT-R nameplate. It’s being conjured up as a co-development project with design firm Italdesign, a company that’s also celebrating its 50th anniversary. 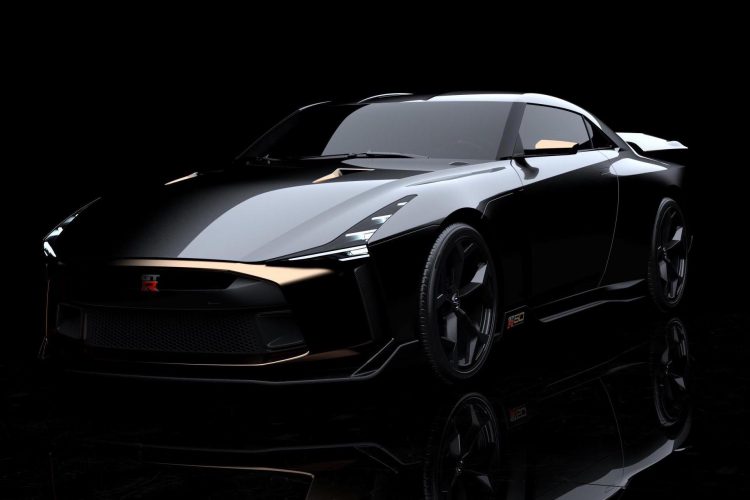 The Nissan GT-R50 is based on the hardcore GT-R Nismo variant, only the body and interior have been completely redesigned for an exclusive look and character. For the exterior Italdesign has come up with a unique golden two-tone effect, with highlighting around the front grille and bespoke panelling surrounding the rear windscreen.

This bespoke panel wraps around the rear windscreen and melts down to create an all-new rear fascia. It leaves circular taillights that protrude outward, with a twin-strutted race-like wing mounted on the boot. None of this is featured on the regular GT-R (review, 0-100 and POV Great Ocean Road video here), or Nismo for that matter. It’s spectacular. 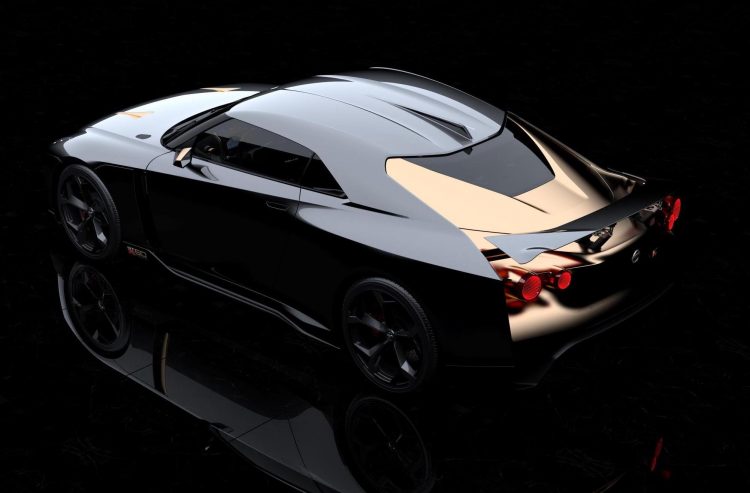 From the sides you might notice the roofline is actually 54mm lower, creating a supercar-like profile. And the standard wheels have been replaced by some custom items that measure 21 inches, and spread 10 inches wide on the front and 10.5 inches on the rear.

It will need more tyre as the engine has been modified quite a bit. Under the bonnet, the 3.8-litre twin-turbo V6 has been tuned to produce 530kW (720PS) and 780Nm. There’s no mention of the acceleration potential at this point, but given the standard 419kW GT-R offers a claimed 0-100km/h time of just 2.7 seconds, we’d be estimating around 2.5 seconds here. At this stage the output figures are only estimates by Nissan, and could in fact be higher once it’s finalised. 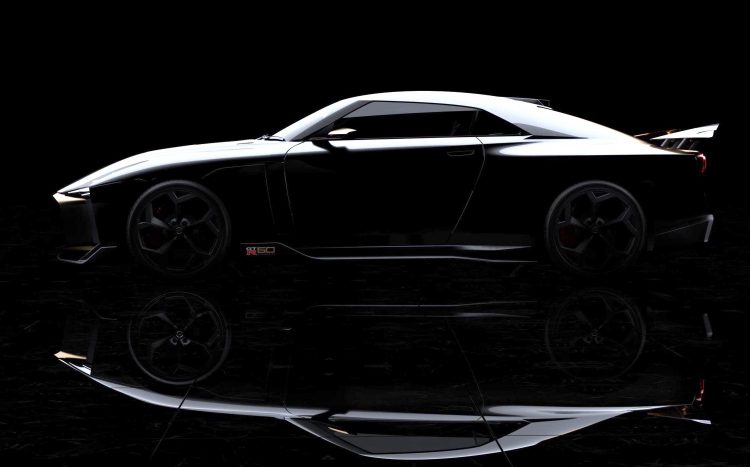 Big changes are made to the interior as well, with Alcantara for the fixture trimming, and black Italian leather for the seats. There’s also exclusive carbon fibre highlights used extensively throughout the cabin. Alfonso Albaisa, Nissan’s senior vice president for global design, said:

“This is a rare window in time when two big moments intersect: 50 years of Italdesign shaping the automotive world and 50 years of Nissan generating excitement through our iconic GT-R. So to celebrate this convergence, Nissan and Italdesign created this custom GT-R to mark 50 years of engineering leadership.”

Unfortunately for fans and collectors the Nissan GT-R50 won’t be going into production. It’s a one-off creation made purely for celebratory purposes only. Even still, it’s pretty freakin’ awesome, don’t you think?