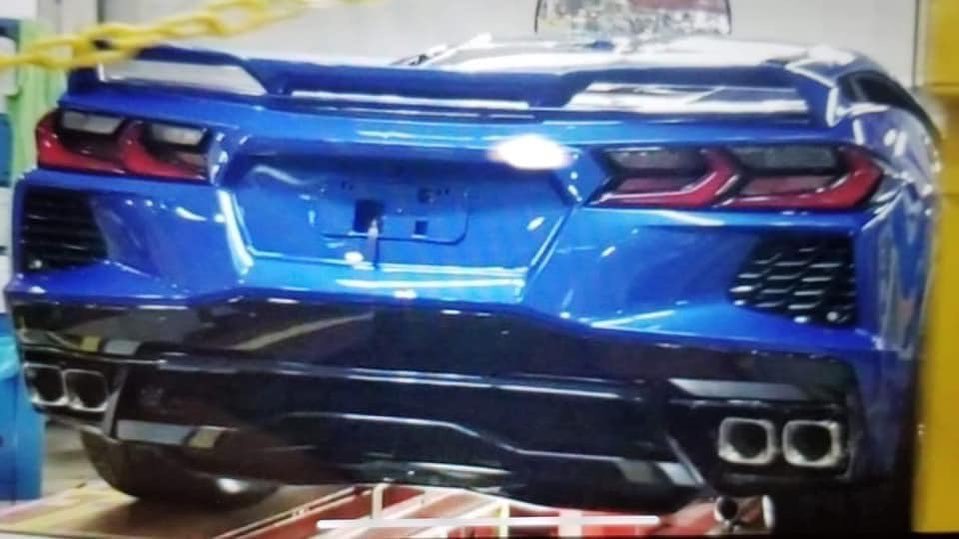 Some more details are coming through regarding the all-new mid-engined Chevrolet Corvette C8, ahead of its official reveal locked in for next week. 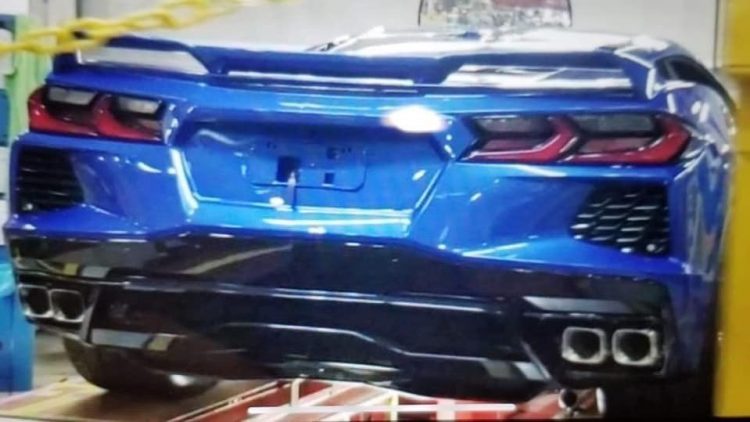 The 2020 Corvette C8 is turning out to be one of the most anticipated cars of this year. And for good reason. This will be the first Corvette to adopt a mid-engine configuration. Yep, it will be looking to step into the proper supercar world for the first time, taking on the likes of the Honda NSX, and entry level Ferrari 488 and McLaren 540C.

Similarly, the Lamborghini Huracan and Audi R8 will also be a target, although those are primarily all-wheel drive while the Corvette will use a rear-drive layout like the other rivals. Chevrolet will no doubt want to keep the rear-wheel drive tradition going as well, considering it is already bumping a fairly major trait; switching from front-engined to midship.

So far Chevrolet has handed out quite a few images showing prototypes being driven around North America (below). But in the last week an image surfaced on social media showing (above) what is believed to be the rear end of a production version, undergoing assembly at the Chevrolet factory.

The leaked image shows a low-slung rear windscreen/engine cover, with a very wide and pronounced rear deck. There’s also a neat spoiler and diffuser element, with quad-outlet exhaust pipes, and taillights that do seem to carry through the quad-cluster theme from past models. 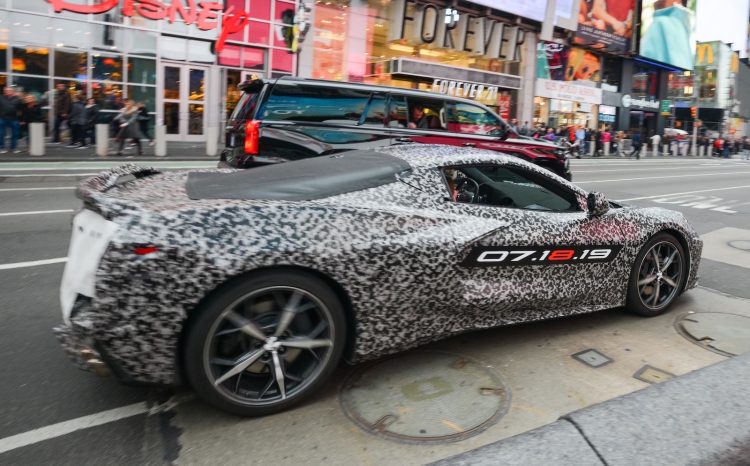 We still don’t know for sure what will power the new beast. Thanks to a recent spy video from the Nurburgring (below), we do know it will feature a V8 and not a V6 as some have rumoured. The prototype in the video does have a distinct naturally aspirated drone to it, and hammering intake sound.

There have been rumours that Chevrolet will switch to turbocharging for the new model, but, at least in base form, this probably won’t be the case. Instead the LT1 6.2-litre pushrod V8 is likely to continue, producing around 340kW. If you’re worried it won’t be much quicker than the outgoing C7, don’t be.

Not only is the new C8 set to be lighter in weight – while offering a more balanced weight distribution for cornering and acceleration – the C8 will come with a fast-changing auto transmission. Take a listen in the spy video below. It’s quick. Overall we’d expect superior performance in all areas over the C7.

Later down the track there is speak of a twin-turbo V6 coming in for the upper variants, featuring high-tech stuff like twin overhead cams and direct injection, and then further down the track a new ZR1. The ZR1 is still some time away yet but speculations suggest GM is working on a 5.5-litre flat-plane-crank V8 and electric motor hybrid system. Peak power could potentially hit 1000hp (746kW), if the rumours are to be believed. Again, it is only early days yet.

More info on the upper variants might be revealed with the base model’s debut, which will take place on July 18. Check out the spy video below for a preview.