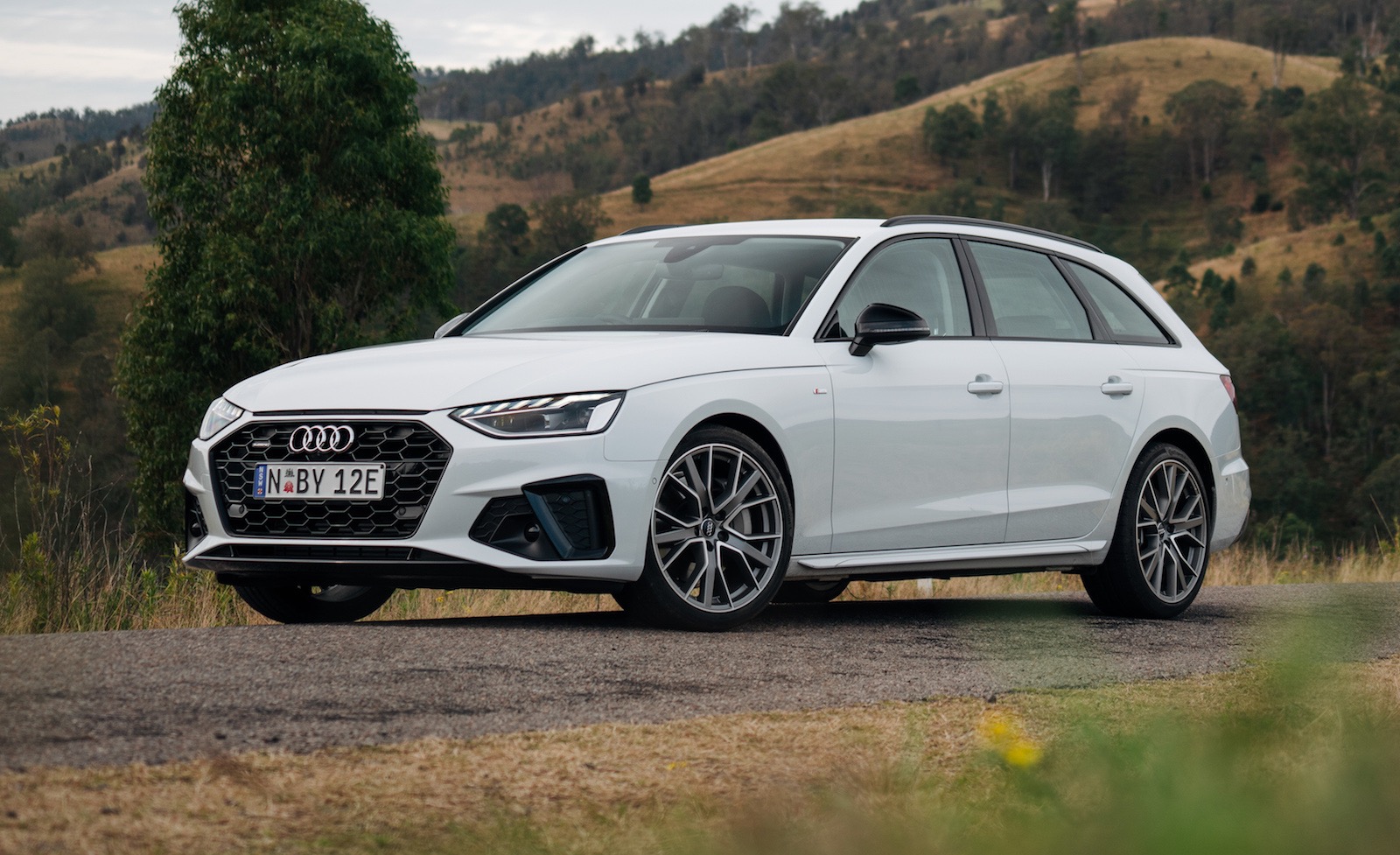 The 2020 Audi A4 range has launched in Australia, including the A4 Avant wagon and the A4 Allroad crossover. These bring in a fresh design inside and out, new technology, and revised powertrains to improve economy. Prices start from $55,900. 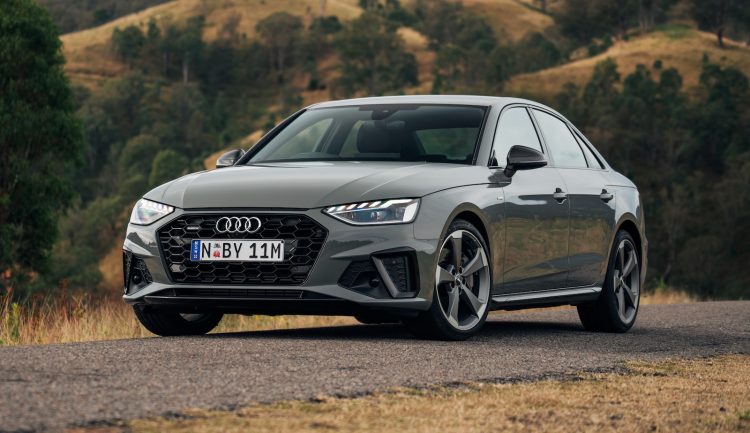 Six models make up the new range, with three different engine options scattered throughout the lineup. The sedan is available in 35 TFSI and 45 TFSI guise, with the A4 Avant only available with the 45 TFSI engine. And then the Allroad is being offered with either the 45 TFSI or a 40 TDI turbo-diesel. All but the base 35 TFSI sedan come equipped with Audi’s quattro all-wheel drive system.

Audi originally unveiled the new A4 back in May 2019. It continues to be based on the greater VW Group’s MLBEvo platform, however, a number of tweaks have been made to improve safety and technology across the board. The now fifth-generation model also shows off a crisper design inside and out. 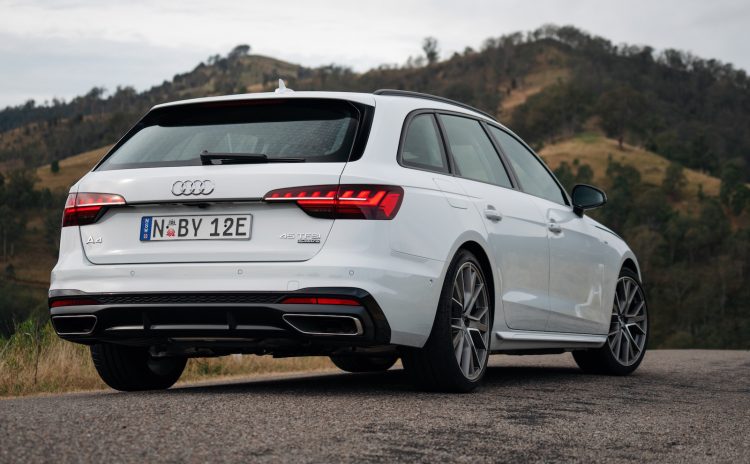 Speaking of design, all models come with smart LED headlights and taillights, with 19-inch alloy wheels as standard on the sedan and Avant, at minimum. Inside, passengers are greeted with a fresh 10.1-inch MMI touch-screen which runs at 1540×720 resolution. It runs on a new processor that has 10 times the computing power of the previous system, and includes Android Auto and Apple CarPlay support.

Stepping up to the S line package adds in a 12.3-inch digital instrument cluster for the driver, as well as sports front seats, special S line illuminated door sills, a frameless rearview mirror, and a sporty bodykit and trimmings for the exterior. At the top of the range, the 45 TFSI adds a high-end 180W 10-speaker sound system. 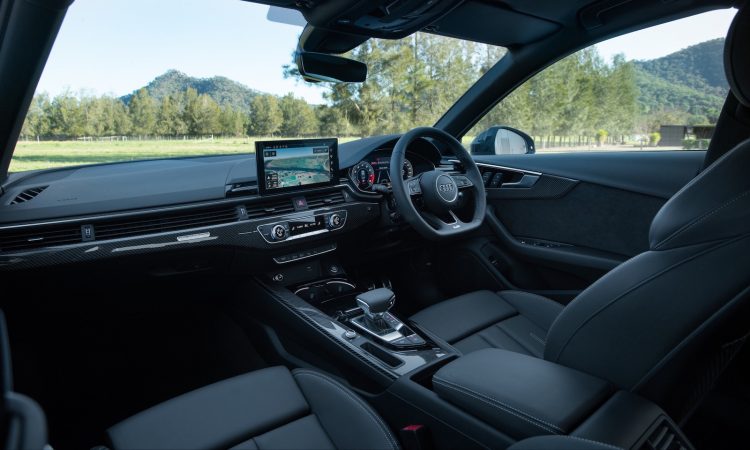 The sedan offers 460 litres of boot space, but if you want more, the Avant and Allroad present 495L. That can be expanded to 1495L with the rear seats folded down. Going for the Allroad also includes unique suspension, wheels and tyres that help provide an extra 46mm of ground clearance. Bolstered wheel arches and changes underneath add 6mm to the front track width and 11mm at the rear.

To quickly run through the engine options, both the 35 TFSI and 45 TFSI comprise a 2.0-litre turbo-petrol four-cylinder engine featuring 12V mild-hybrid technology. The 35 develops 110kW and 270Nm and is matched to a seven-speed S tronic dual-clutch transmission with front-wheel drive. Meanwhile, the 45 TFSI develops 183kW and 370Nm, which is also sent through a seven-speed albeit with all-wheel drive. Acceleration across 0-100km/h takes a claimed 5.8 seconds in the 45 sedan. 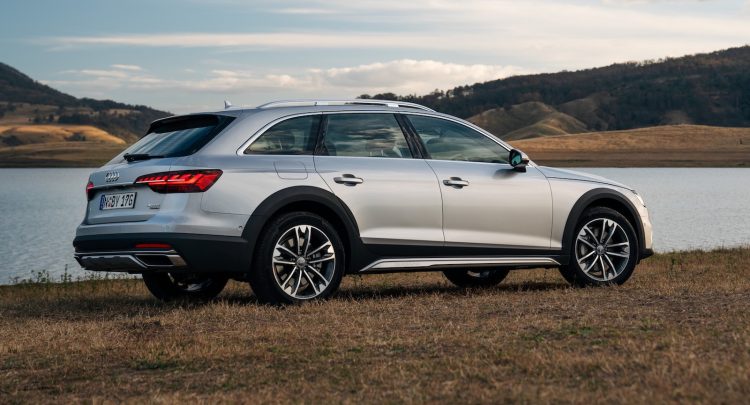 Over in the Allroad buyers can opt for the 45 TFSI, or a 40 TDI 2.0-litre turbo-diesel that develops 140kW and 400Nm. The TDI uses the same transmission and all-wheel drive running gear, however, with an official average fuel consumption of just 5.2L/100km this is the model for those looking for optimum economy.

All models are available to order now through Audi showrooms or via Audi’s online purchasing platform. Prices start from the following (excludes on-road costs):