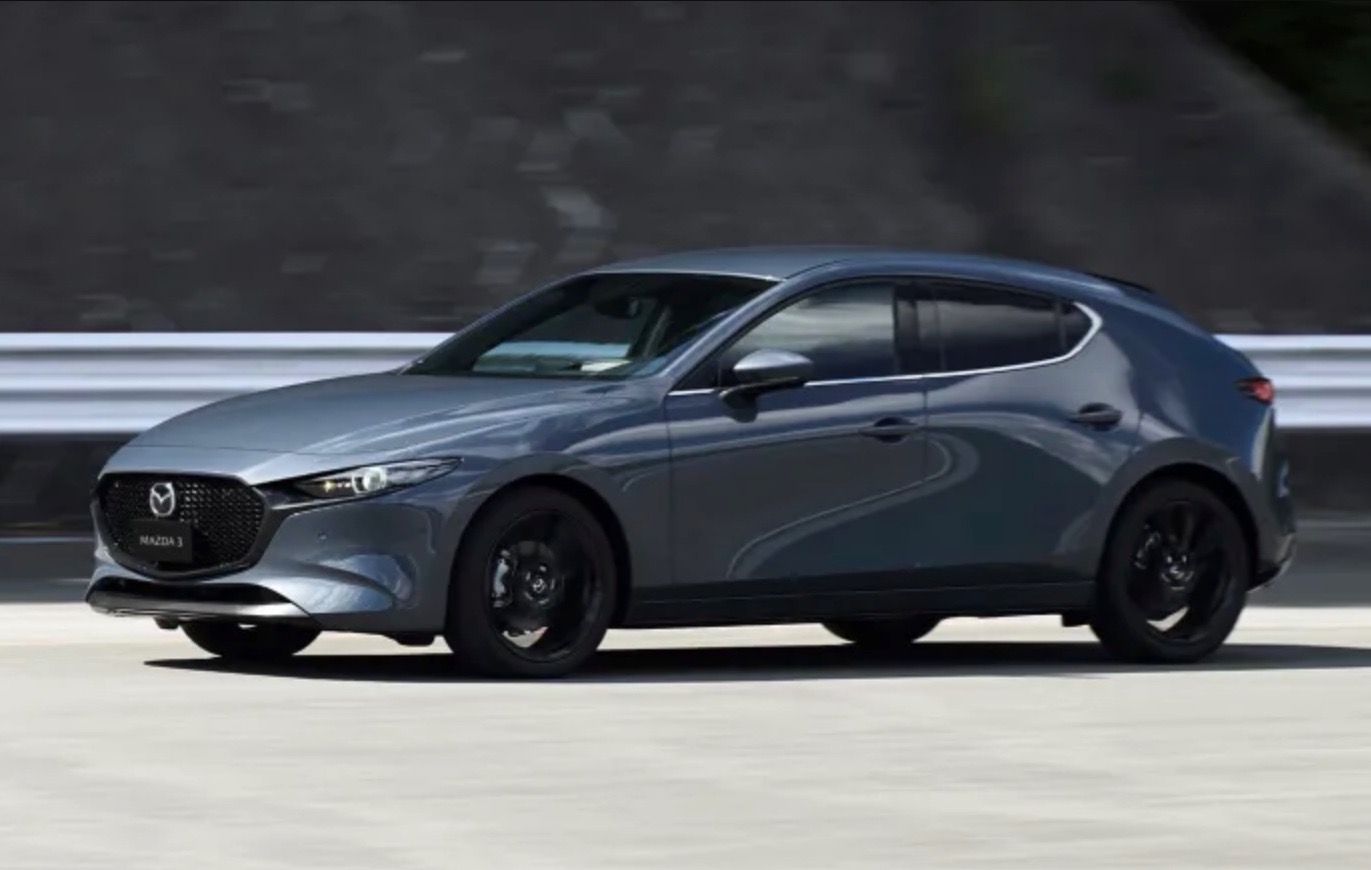 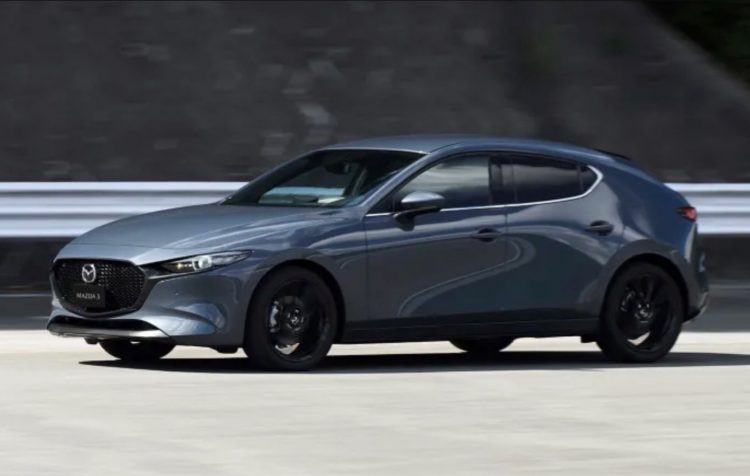 These images, appearing in a Jalopnik report, show the new-look hatch and sedan. And as expected, the fresh design is inspired by the Kai concept that debuted last year. The design language is an evolution of the ‘Kodo – Soul of Emotion’ philosophy that has been applied to its latest models for a few years now.

At the front is a pointier nose with slimmer headlights giving it more attitude and a more focused look, while the central grille appears to be larger and, on the example pictured above, surrounded in fashionable black/dark grey trimming. 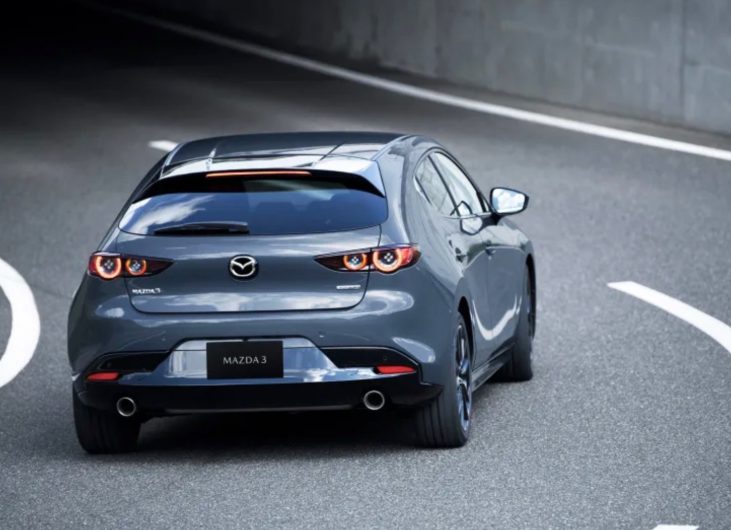 Moving along the sides, the profile seems pretty similar to the outgoing model. It’s not until you get to the rear that things change dramatically. The C-pillar is very thick, leaving a large flat panel section that looks a little awkward in our opinion.

Right at the back are some new taillights incorporating twin circular brake light lenses. Down below is a black diffuser section with twin exhausts mounted on the outer sides, with a spoiler mounted at the top blending with the athletic roofline. The rear windscreen looks quite large, too, which might help to increase visibility for the driver. 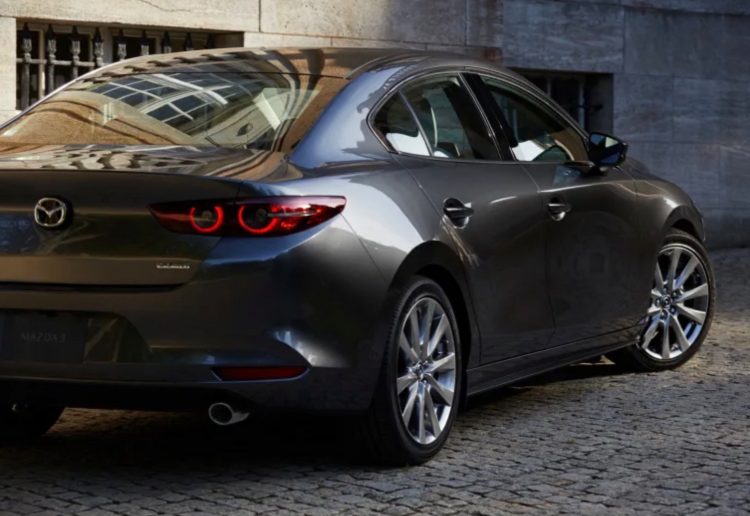 As for the sedan, the front end looks pretty much the same as the new hatch. However, at the rear are some wedged-in taillights that are surrounded by bulbous rear haunches. It looks muscular, with a cool concave section running between the taillights.

All of the specifications are yet to be revealed. But, we know Mazda will be showcasing its brand new SkyActiv-X sparkless ignition engine with the new model. The unique engine is set to offer 2.5L-like performance with the economy of a 1.5L. 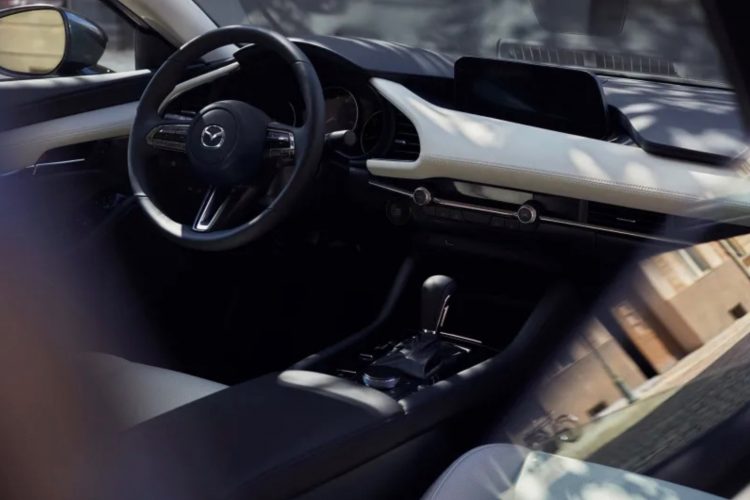 Images of the interior show a more sophisticated decor, with a minimalist dash fascia and a tablet-style LCD up on top. The instrument cluster housing looks very intimate for the driver, and there’s a nice three-spoke sports steering wheel presented.

We won’t have to wait long until all of the details are revealed. Stay tuned.