Like the high performance Volkswagen Golf R, a possible Volkswagen Polo R is expected to come with an all-wheel drive system. This could potentially make it the quickest little pocket rocket on the market. 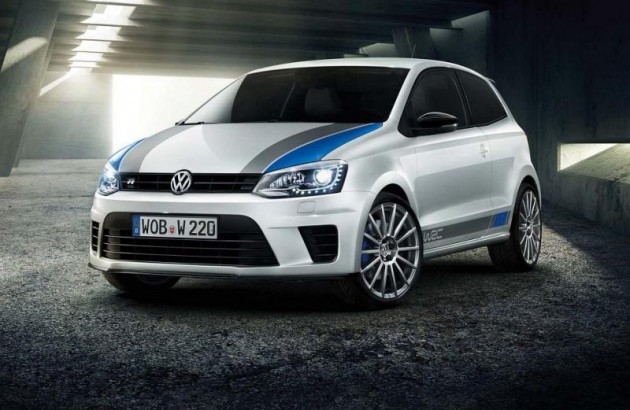 According to a recent Autocar report in the UK, Volkswagen is looking to develop an emotional link between its recently revealed Polo WRC race car, which will compete next year, and its customers and enthusiasts.

In the report Volkswagen research and development chief Ulrich Hackenberg said that although there are no plans at the moment, “there could be some customer interest, so I think four-wheel drive could be great for some countries.”

Volkswagen has already revealed a special edition Polo R WRC for the road (pictured) as a way of connecting with its fans. Just 2500 are set to be made, all in left-hand drive. The car is powered by a Golf GTI 2.0-litre turbo engine with 162kW.

As serious as the special edition sounds, it doesn’t come with all-wheel drive. Instead, it retains a front-drive layout.

The Polo does use the same platform as the Audi A1, which is offered with a quattro all-wheel drive system. This means there is certainly room for VW’s all-paw grip technology to lie underneath for the Polo R.

No word yet as to when the new model could make an appearance.