The facelifted 2013 Mazda CX-9 has been revealed in the lead-up to the 2012 Australian International Motor Show, where the SUV will make a world debut. 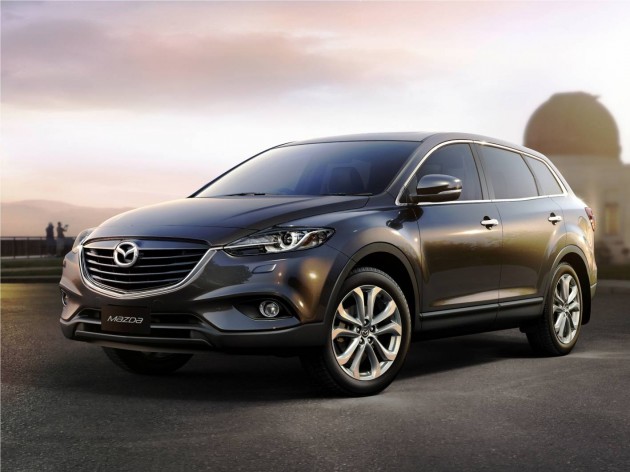 The first thing you’ll notice about the 2013 model is the facelift front end. It incorporates the company’s new-look grille and ‘KODO – Soul of Motion’ design language. The layout can also be seen on the CX-9’s little brother, the Mazda CX-5.

Other than the new face, the 2013 model gets some revised equipment inside, with the introduction of a new HMI (Human Machine Interface) satellite navigation multimedia unit with speech-recognition.

Safety is also stepped up a notch, with new features such as Forward Obstruction Warning (FOW), Lane Departure Warning (LDW) and High Beam Control (HBC) joining the list of technologies.

The 2013 Mazda CX-9 will be at the stands in Sydney for the show, which runs from October 18 to October 28. It will then go on sale locally later this year.