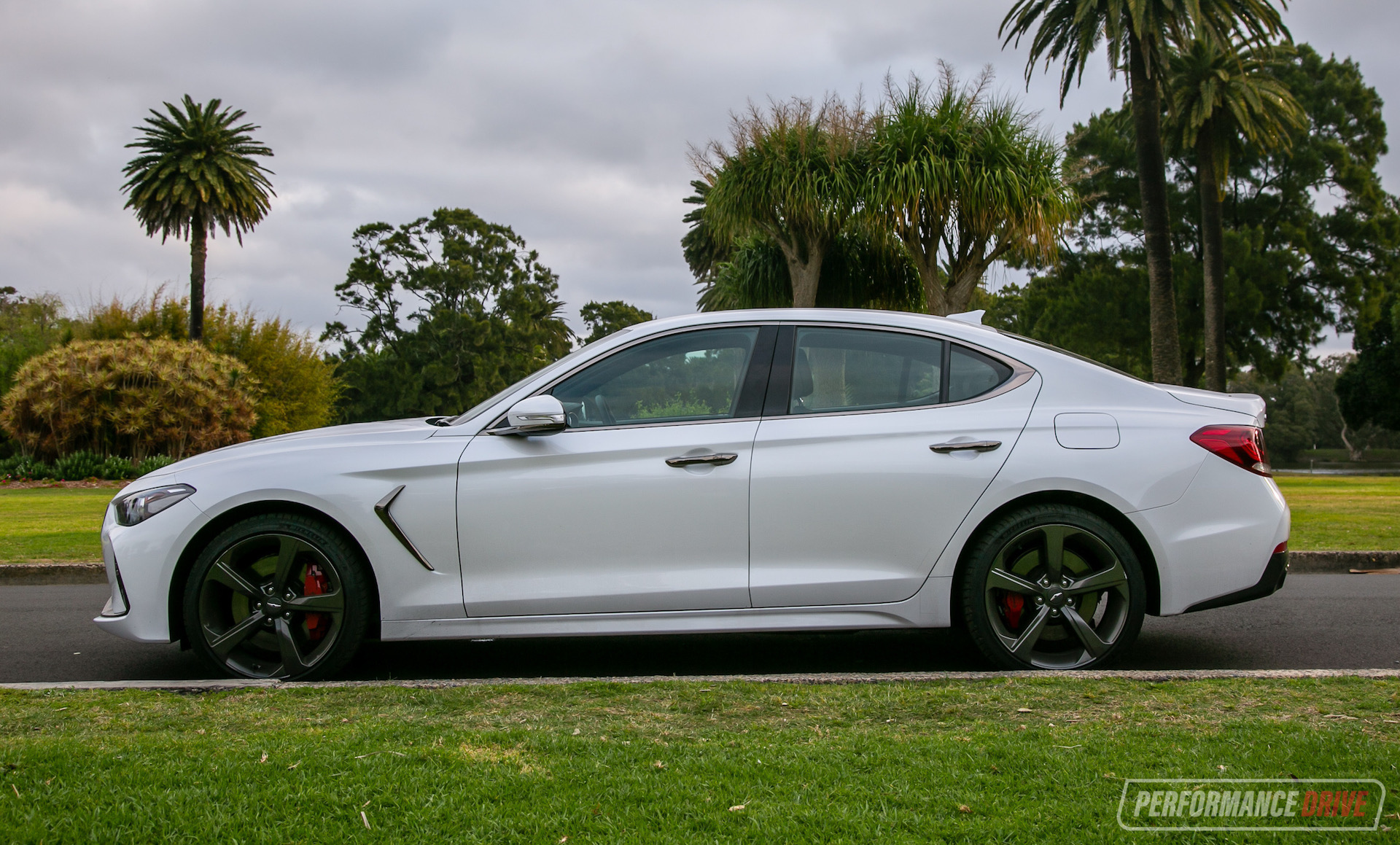 I recently tested the Genesis G70 2.0T Ultimate just a few weeks ago. One of the overall impressions I was left with after a week in the turbo four-cylinder was that the chassis was more than capable of handling what the powertrain could throw at it. So, I was excited at the prospect of the chassis getting a run for its money at the mercy of a twin-turbo V6 powertrain with the 3.3T model. 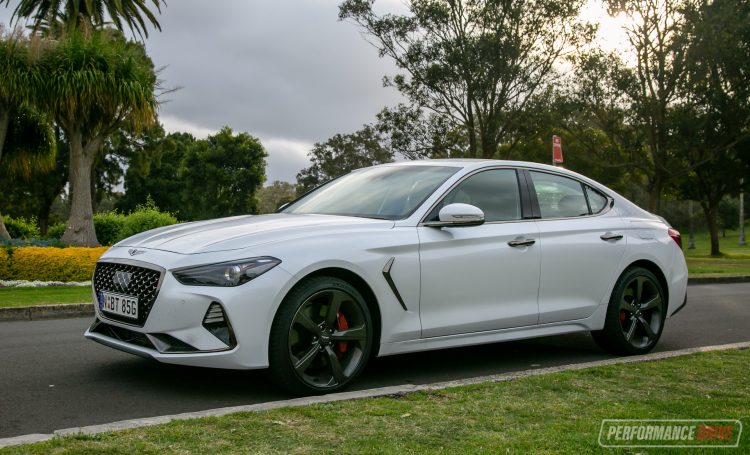 This is our third and final week with this Genesis G70 3.3T Sport. We were planning to test it over four weeks but our time was unfortunately cut short due to a prang. More on that below.

To kick off my week I wanted to leave the boundaries of the city and head out to our usual straight-line proving ground to see what this 272kW V6 is all about. On the drive out there I was able to soak up a bit of the luxury that Genesis has packaged into the interior, which is impressive considering the Hyundai-owned brand hasn’t been in the premium game for long at all. My colleague Mark Davis went over more on this in Part 2 on this long-term test, found here. 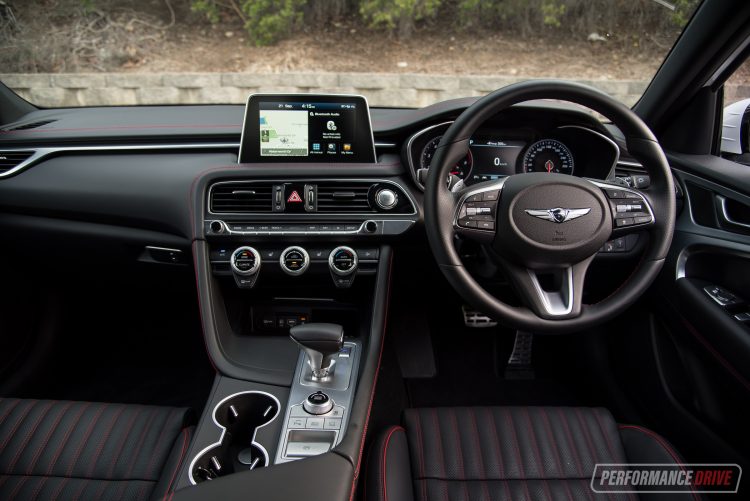 The driver is positioned quite low, giving it a tailored sports car feel with great ergonomics. The ride is firm as I pass over some of Sydney’s sub-par quality roads, but whatever this detracts from the Genesis G70 3.3T Sport as a daily driver I was about to find out what that chassis and suspension setup does when you put the hammer down.

Reaching the closed road and setting the car up for some spirited sprints, with sport mode engaged and the traction control very, very disengaged, I boot the throttle and am pleasantly surprised with the takeoff. It’s not neck-snapping, but it’s quick and persistent. As our editor Brett Davis discovered during Part 1, the measured figures are super impressive. According to our Racelogic Vbox Sport, the G70 3.3T can cover 0-100km/h in just 4.68 seconds (video at bottom of page). This makes it one of the quickest vehicles in this specific class, remembering it is not a hardcore performance model. 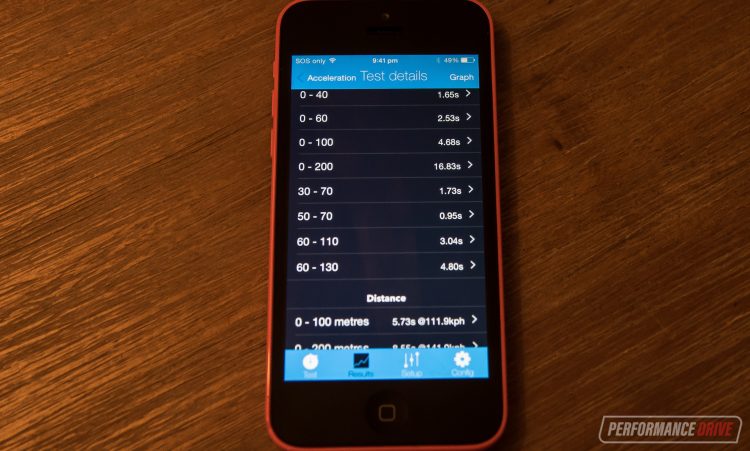 As can be expected with a turbocharged engine, there’s a lot of mid-range torque (510Nm between 1300rpm-4500rpm) but the power does taper off toward the very top end (272kW at 6000rpm). This is helped by the eight-speed automatic transmission as it does work fast enough to swap in a new gear to keep the acceleration flowing. It’s unfortunate there is no proper manual mode, despite having paddle-shifters to play with.

In the curves, Hyundai/Genesis’s attention to calibrating Australian models to Australian roads pays off nicely. And while the suspension is firm, it still does a great job of absorbing irregularities so your spine doesn’t have to. 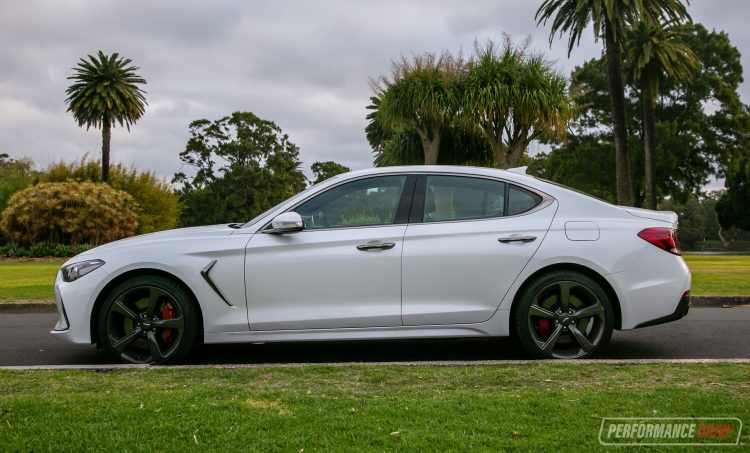 While it does share its platform with the Kia Stinger, the G70’s wheelbase is actually 70mm shorter. This means the G70 is slightly more agile in the bends and significantly more engaging, in my opinion, when you’ve got the throttle down. It will certainly misbehave if you’re feeling inclined, but the chassis feels more suited to a high-paced bend where it does a great job in holding a line with minimal body roll.

Slowing down ahead of a hair-pin is handled with ease by the large Brembo brakes, and while that initial turn-in might not have the feedback of some of the Europeans, the steering rack in sport mode is nicely weighted and the three-spoke wheel is nice to grasp. 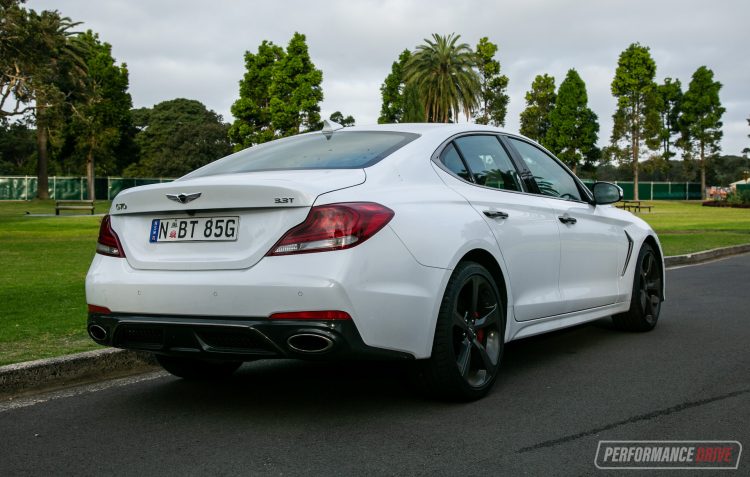 Heading back to the civilised world with the windows up and the Lexicon sound system blasting, the G70 becomes a sleeper. Unfortunately, though, my week was cut short due to a delivery driver underestimating the length of the G70’s front end while I was parked. I say – and mean – unfortunately because I was steadily being caught up in a somewhat romantic relationship with a new Korean girl. The other driver managed to swipe the corner, causing some nasty damage to our beautiful G70.

While my first love affair with its four-cylinder sibling was a fairly straightforward one, the twin-turbo V6 variant continued to tick boxes that previously were only being ticked by its European rivals; I couldn’t help but get caught up by its two distinctly different personalities. 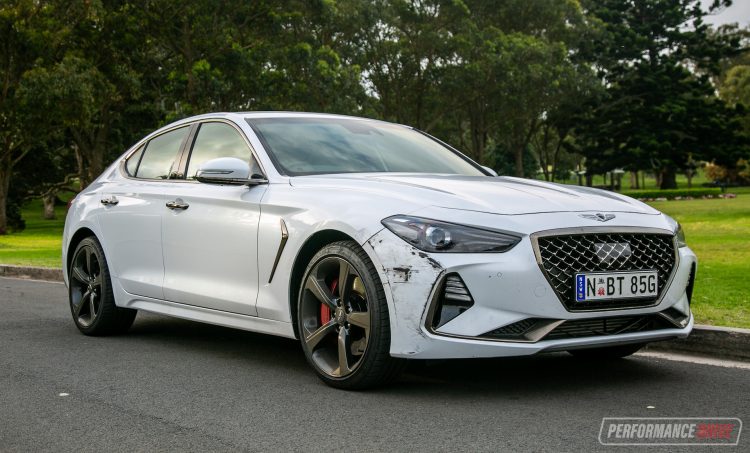 For some buyers out there, the fact that the G70 isn’t German might be a deal-breaker. For others, it might be the allure that eventuates with them having a G70 in the driveway. Whatever your preference, it’s difficult to deny the appeal of having a manufacturer like Hyundai take it to its European rivals with a practical, good value, and well-packaged product like the G70. And you can’t forget its five-year/unlimited kilometre warranty plan, which shames all rivals.

Considering Genesis as a marque that hasn’t been on the block for that long, and its endeavours into the mid-sized executive saloon have been even shorter, Hyundai has reached into the hat and pulled out a genuinely promising offering from its first crack into this segment. We suspect the Genesis brand will consolidate this quality in years to come.

We were planning to put together one of our detailed POV video reviews with this vehicle during the fourth week. However, due to the incident this was no longer possible. Hyundai/Genesis Australia, being the good people that they are, have since provided a backup G70 3.3T – in Ultimate Sport guise – for us to use for the POV video. Stay tuned.