Following up Porsche’s recent overview videos, including the 2012 Porsche 911 design overview by style director Michael Mauer, and the 2012 911 development video, a new film has just been released explaining the story behind the interior. 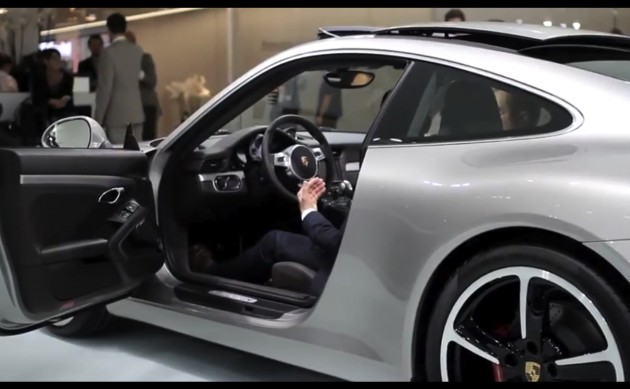 As we’ve previously reported, the new 2012 Porsche 911 features an all-new interior layout with a raised centre console and flat dashboard fascia similar in design to the Porsche Panamera. It also features chunkier door trims compared with the existing 997 911 range, and an overall more intelligent look.