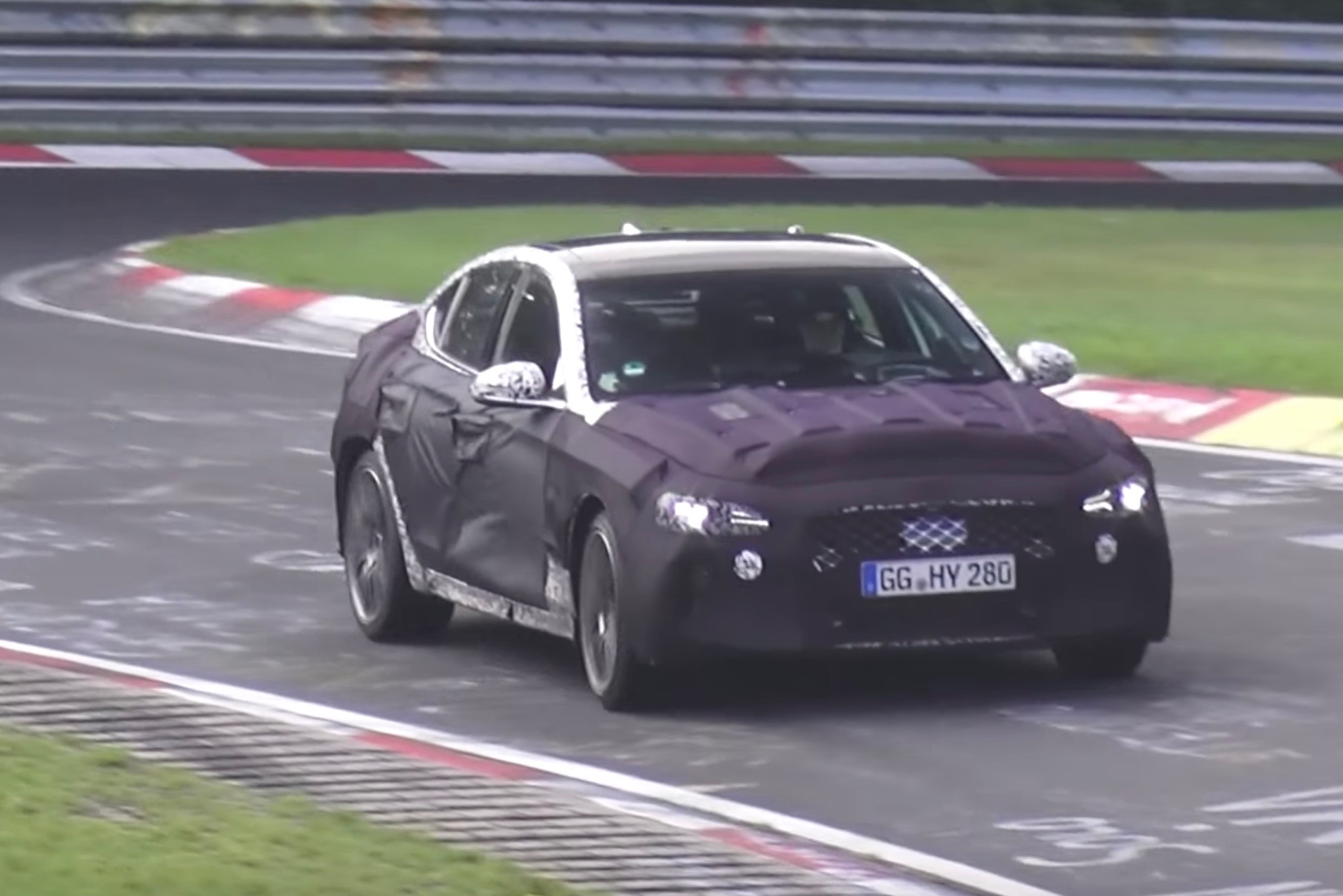 A Genesis G70 prototype has been spotted testing out on the Nurburgring in Germany for, as far as we know, one of the very first times. This is going to be the higher end sister car to the hotly anticipated Kia Stinger, ready to face off with the likes of the BMW 3 Series. 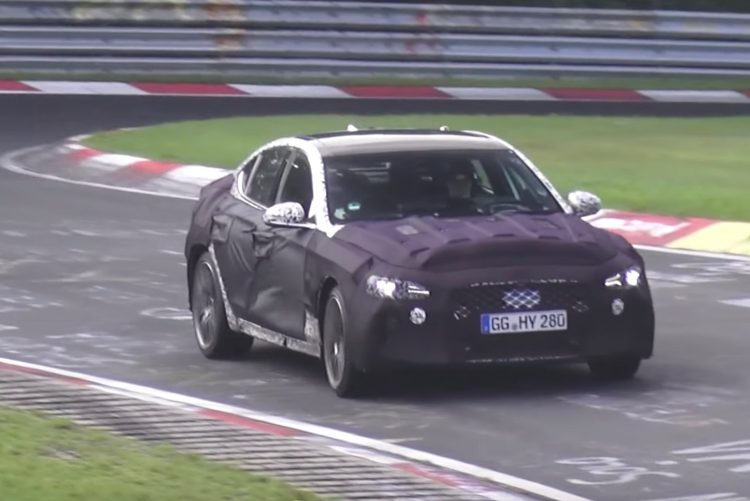 Set to share the same platform and powertrains as the Stinger, the Genesis G70 will be the more premium offering under the Kia-Hyundai empire. It’s going to be a sedan with a boot lid as opposed to the Stinger’s hatch layout, and it’ll be slightly smaller and lighter than the more touring-oriented Stinger.

Although there’s been no confirmation as yet, the top G70 is expected to receive the same 3.3-litre twin-turbo V6 range-topper as the Stinger. It produces 273kW and 510Nm. In the G70, which is likely to be lighter in weight, performance could better the 0-100km/h 4.9-second claim of the Stinger GT.

This prototype is believed to be one of the first full-body prototypes to hit the demanding circuit. It doesn’t sound or have any hallmarks of a performance model, which means it’s probably powered by the more mundane 2.0-litre turbo four, producing 182kW.

The design is heavily disguised with lots of black sheeting and disorienting paintwork, however, you can make out the general proportions. It looks like it will take on a similar silhouette as the current Hyundai Genesis, while infusing more modern details inspired by the New York concept, such as a new company grille and headlight arrangement. As previously reported, the design will be the work of former Bugatti designer Alexander Selipanov.

Genesis will soon be splitting off from the Hyundai parent, with cars set to be sold purely as Genesis with no Hyundai branding. Genesis showrooms are also likely, with this G70 coming in as one of the first all-new products. SUVs and other sedans are known to be in the pipeline.

Check out the spy video below for more of a taste of what to expect. A full debut may take place before the end of the year.