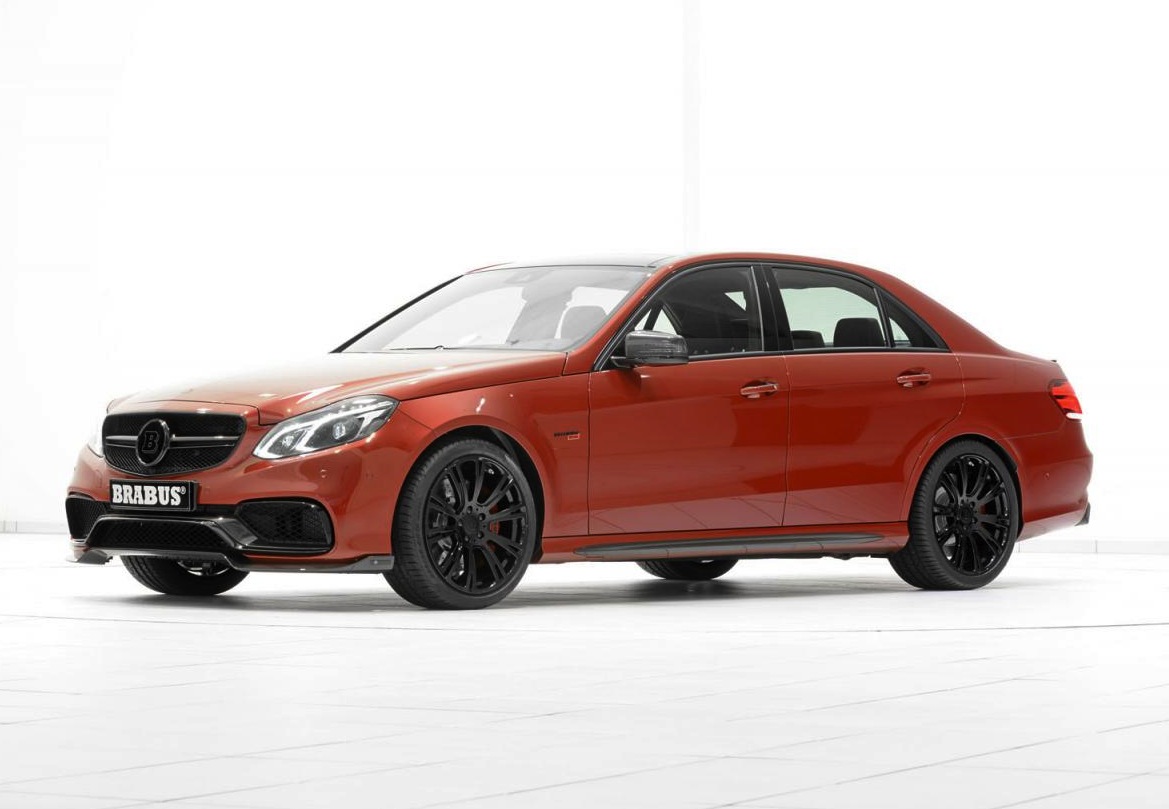 Is too much power ever enough? Of course not. BRABUS has introduced its latest tuning program for the already almighty Mercedes-Benz E 63 AMG, taking the super sedan segment to all new levels. 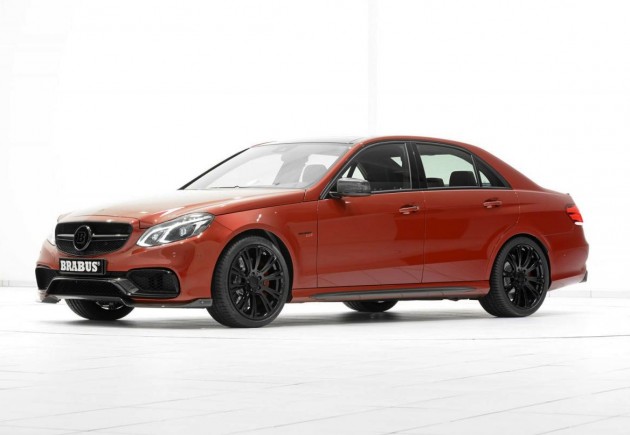 BRABUS has decided the standard 5.5-litre V8 is not big enough and has bored it out to 6.0 litres (actually 5.9 litres). There’s also a fresh billet crankshaft providing more stroke, with forged billet pistons and billet rods connected to the ends.

Working back, the intake system has been changed with two new BRABUS turbochargers feeding in pressure. Air is sucked in via special bonnet vents and a custom filter box. To keep temperatures down some parts of the intake are wrapped in gold. Yep, gold, as it’s the best for reflecting heat.

Finally, the exhaust is all new for increased flow, with free-flow metal catalysts and butterfly-equipped mufflers for variable voice tuning. The tips are ceramic-coated for an extra visual treat. 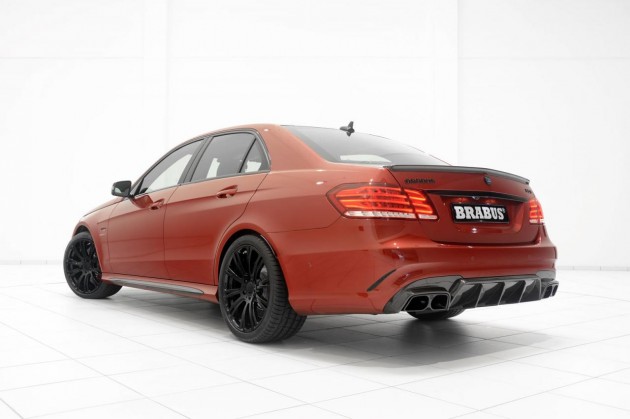 So, what’s the result? The V8 no longer produces 430kW. It produces an incredible 625kW of power and 1450Nm of tarmac-distorting torque. The torque is actually restricted to 1150Nm to reduce drivetrain stress. We’re sure anything over 1000Nm is more than enough anyway. Despite the big numbers the package comes with an official average fuel economy of 10.3L/100km.

Out on the road the lethal beast is capable of accelerating from 0-100km/h in 3.7 seconds, which is very quick for a rear-wheel drive large sedan. If the owner has the 4MATIC all-wheel drive version of the E 63, that time goes down to 3.1 seconds. Like most German power sedans the 0-100km/h time isn’t the key focus; this thing is able to stretch its legs right out to beyond 350km/h.

In traditional BRABUS fashion, the exterior of the car is dressed up suitably for a distinct subtle look. There’s a wind-tunnel-developed bodykit with front and rear spoilers and under trays, all made from lightweight carbon fibre. A diffuser at the back adds some visual impact and rids excessive air flowing beneath the car.

The standard alloy wheels are also replaced with 20-inch Monoblock forged alloy items measuring 9.5 inches in width on the front and a whopping 10.5 inches on the back. They’re wrapped in 255/30 front and 295/25 rear tyres.

Lastly, BRABUS is known for its completely custom interior and upholstery upgrades, and it’s the same here. Customers can select between a wide range of colours and options, and add in bespoke details such as pedals, shift paddles, instrument cluster, and various badges.

BRABUS says the package can be ordered as a complete car or owners of an E 63 AMG can also bring their car in for the conversion.