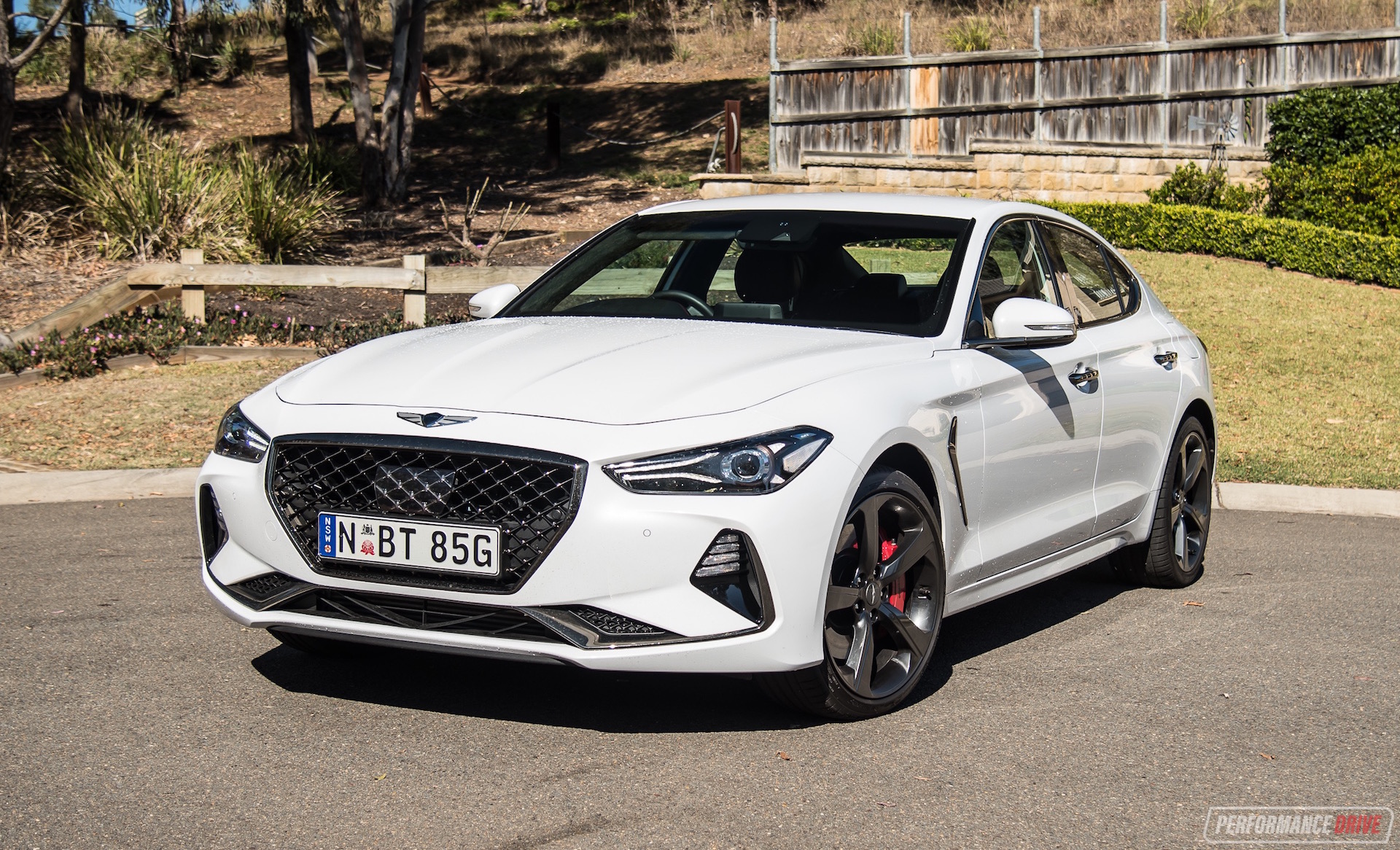 In part one of our long-term Genesis G70 3.3T review, our editor Brett Davis went over the performance and handling aspects of the car. Having spent a week testing the G70 Sport with the 2.0T engine, I was very keen to feel the difference with the 272kW V6. As expected, the two engines are worlds apart in performance; and undoubtedly worth the extra $9k. But what I’ll be looking at for this part is how this engine option performs and behaves during regular day-to-day duties. I’ll also check out some of the features that come with the entry Sport version. 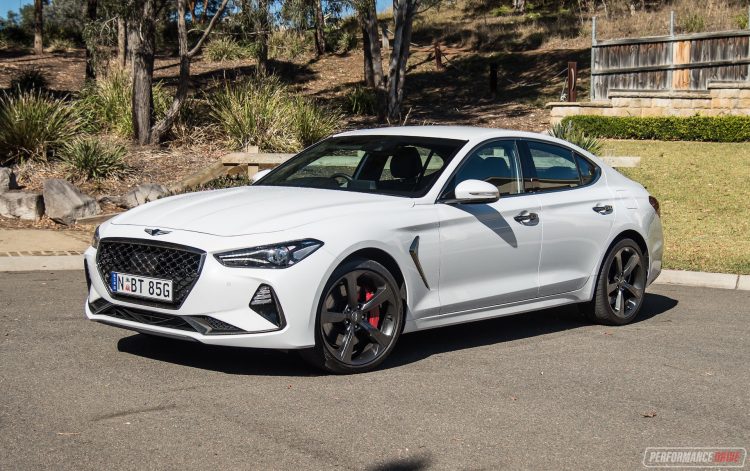 On the technology front, the Sport variant, which retails from $72,450 (plus on-roads), is fitted with a rather small 8.0-inch touch-screen that looks like it’s been taken straight out of a base Hyundai i30. It’s a real shame that a carmaker trying to establish itself as a fresh high-end brand would even consider sharing crucial parts with a budget hatch. 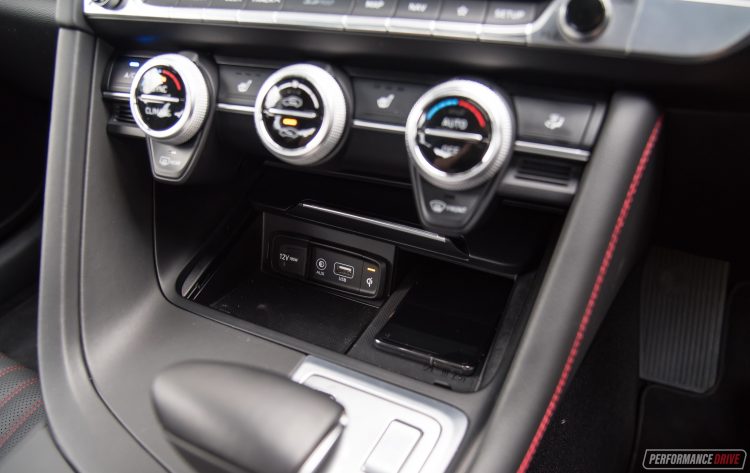 Interior space is respectable for this class, with an uncluttered front cabin area helping to reduce the stresses of your day. Some cup holders, a pad for your phone with the wireless charging technology underneath, and a centre console box all help out with practicality. For a busy business person, the interior layout is clean and respectable, and a little bit conservative. A boot space capacity of 330 litres is small compared with most rivals, but there are some tie hooks and a netted pocket which do come in handy.

Unlike others among the competition, the only item you can add as an option is a panoramic glass sunroof. The Sport misses out on rear collision mitigation and adaptive headlights. There is no option for a manual gearbox, either – all G70s in Australia are paired to an eight-speed auto transmission. And, like most rivals, all models are driven by the rear wheels. 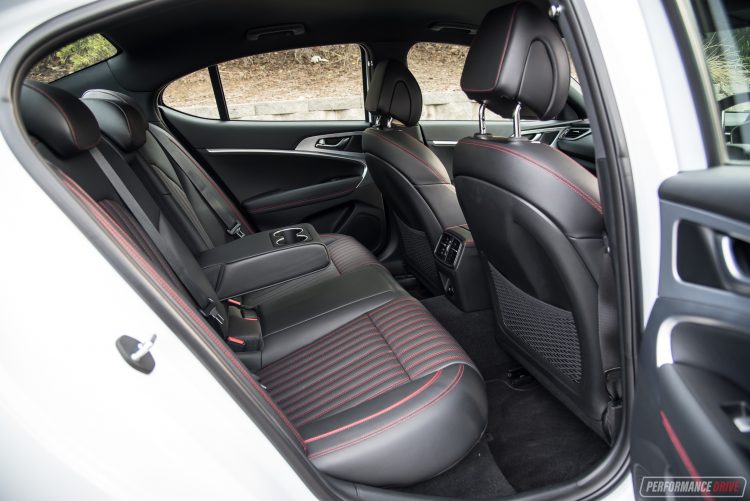 The eight-speed auto is refined and organised during daily driving. Even when in economy mode, it doesn’t upshift to higher ratios too early – the 510Nm of torque helps in this area anyway. And we love that a pesky stop-start feature has been omitted from the G70, as with all Hyundai and Genesis petrol models.

Trundling around in the city, the visibility is great. You get an immediate sense of where the vehicle is positioned in the lanes. A suitable amount of feedback is returned to the driver through the steering as well, with a fittingly sporty weight at low and high speeds. Going over bumps doesn’t seem to disturb the G70’s track. We put this down to the local tuning applied to all G70s. There also seems to be a wide compression range for the suspension to work in, so it can absorb some of the bigger bumps on our poor Aussie back roads. 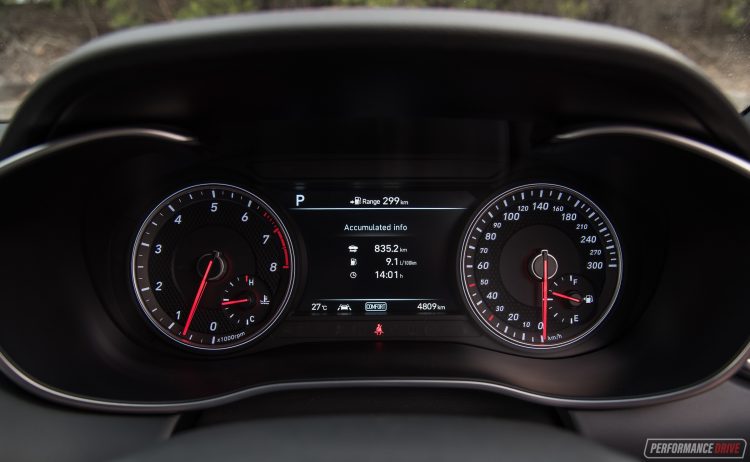 One of the main things I didn’t like about the 2.0T engine was the fuel usage, for the amount of performance it delivered anyway. Thankfully, the V6 only seems to use a touch more. And considering the amount of power on offer, the fuel consumption is very reasonable. My predominantly highway-style testing achieved a fuel consumption average of 9.1L/100km, and its official rating is 10.2L/100km. It does require less effort to get moving in comparison, obviously, but out on the highway I think fuel consumption might actually be lower than the 2.0T. Especially over a longer period.

Would I buy a G70? For me, I’m looking at the rivals. This is an all-new premium mid-size sedan for Australia, and the rivals, mainly the C-Class and 3 Series, are deeply-seated in the local market. And they are widely classed as being the benchmark. There is of course the badges too, and the brand cache that those others offer, whereas the Genesis brand is relatively new and even unknown to some. 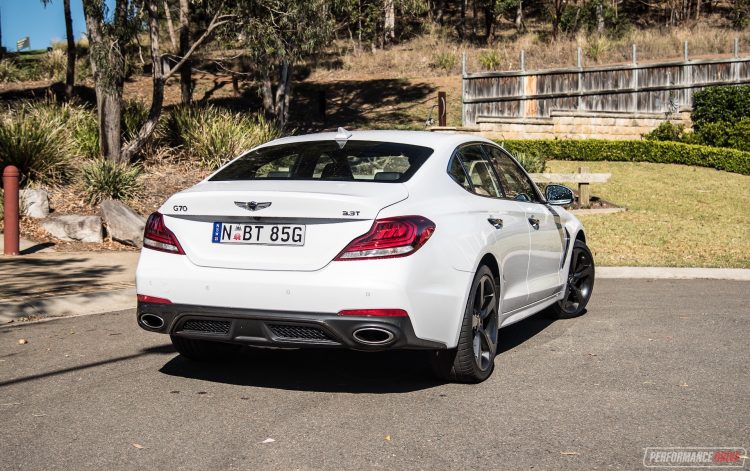 There is the Mercedes-AMG C 43 to look at, featuring a 3.0L twin-turbo V6 that outputs 287kW and 520Nm, but it will set you back almost $40k more than this G70 Sport. BMW’s new M340i produces 285kW and 500Nm from an inline-six, but also costs around $100k. So, for sheer bang for your buck the G70 has a clear edge. Genesis also offers some very impressive and attractive aftersales benefits, such as ‘Genesis To You’ concierge service, as well as a five-year/unlimited kilometre warranty, and five years/50,000km free scheduled services. All of these aspects should not be overlooked as they have a real potential to improve the overall ownership experience. 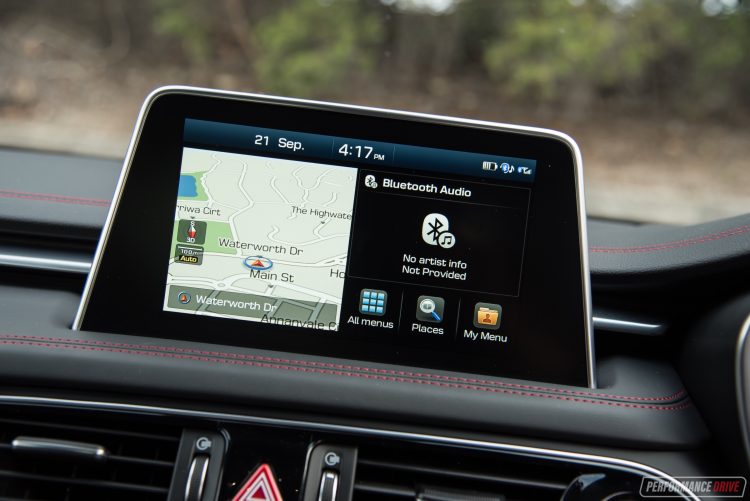 What I like most about the G70 3.3T Sport is the strong engine performance for the price, the fun and solid rear-wheel drive dynamics, and the confident cornering yet comfortable road manners thanks to the local tuning.

It could be made even better if the insultingly small touch-screen was bigger and of higher resolution. Parts of the dash and doors could also be covered in more premium materials. As for the brand recognition though? I actually like that it’s not just another C-Class or 3 Series. It is unique and thus more exclusive than the others, and for these reasons, yes, I personally would consider buying one if I was browsing this market space.

Like many buyers out there, my next vehicle I buy will probably be an SUV. If Genesis brings out a mid-size SUV, with this engine, I’d be even more enticed. We’ll have to wait and see what the ‘GV70’ brings.