Testing footage of the 2013 Nissan GT-R on the Nurburgring has been released showing a lap time of 7:21. The time is not official but could be a good sign of what to expect. 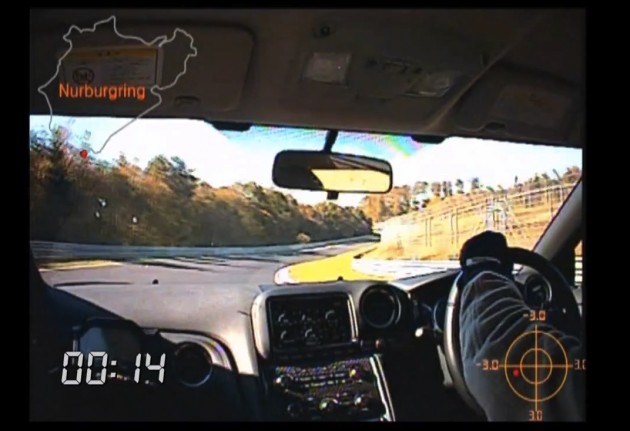 According to the details of this particular (2012) 2013 Nissan GT-R Nurburgring lap, the car was fitted with Dunlop Zero Pressure runflat tyres – not the most sporty of tyres out there. A report from The Truth About Cars contacted Nissan about the footage, Nissan spokesman Nobukazu Tanaka said,

“In October there have been GT-R test runs on the Nurburgring, as part of the many tests for the final trial of the 2012 model year GT-R. We have no official announcement of a time trial or the results of the test run at the Nurburgring Nordschleife.

“Video scenes which had been taken on the circuit had been broadcasted through consumer generated media.”

An official time and possible video is expected to be released by Nissan in the near future. But this quick test proves the new 2012/2013 Nissan GT-R is certainly capable of cracking 7:20 as previously predicted.

For more information on the 2013 Nissan GT-R and Australian launch details, follow the highlighted link.