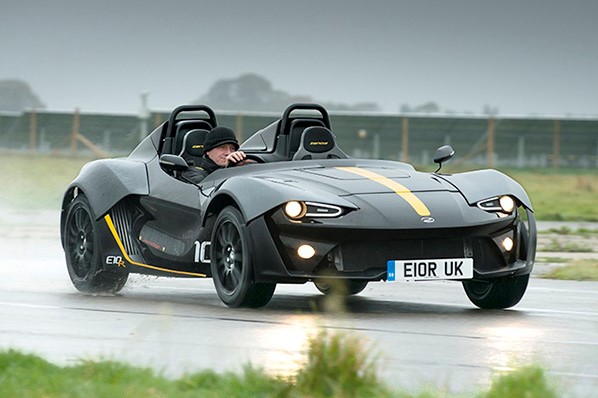 Pitched as an evolution of the Zenos E10 from a couple of years ago, the E10 R is, as the name suggests, a hardcore racy version. Instead of a 2.0-litre four-cylinder, the R comes with a 2.3-litre Ford-sourced EcoBoost unit.

Aside from the lack of a roof, the E10 R is able to remain so light thanks to an aluminium platform that also uses plenty of carbon fibre. Even the 16-inch front and 17-inch rear alloy wheels are made to offer pure lightness and to reduce unsprung mass.

To ensure it all handles like a slot car there’s a set of Bilstein adjustable dampers with sports springs that customers can fiddle with, along with an extremely low centre of gravity.

Prices for the E10 R start at 39,995 British pounds (around AU$84,340). Customers can option for more carbon fibre bits and pieces for added exclusivity.