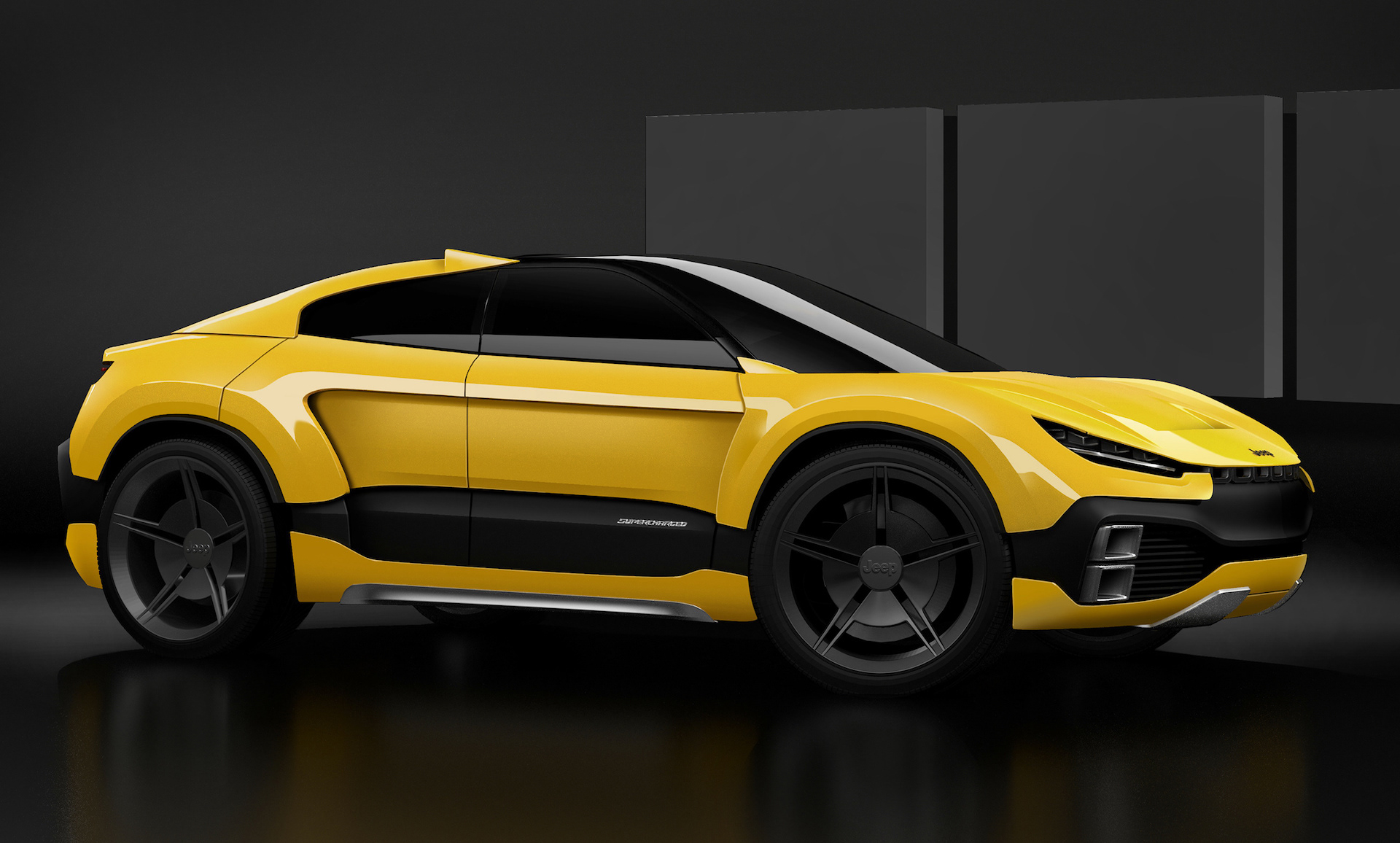 Jeep currently only builds SUVs, predominately ones with four-wheel drive and an upright wagon-like body. However, the iconic SUV brand is yet to step into the increasingly popular four-door coupe crossover market. 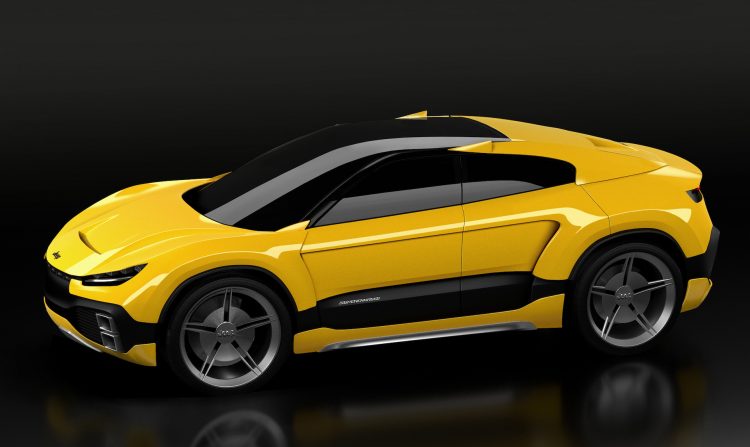 This is where this rather fetching depiction comes in. It is purely a designer’s depiction of what a Jeep Trackhawk of the future could look like. But, we’re sure you’ll agree, it does present a very appealing theme. It seems to borrow a number of styling cues from other recent additions to the coupe crossover market, including the Lamborghini Urus and Jaguar I-PACE.

It’s the work of Dejan Hristov. At the front, Hristov has cleverly worked in Jeep’s famous seven-slot grille treatment. This is aggressively grasped by a claw-like coming together of the bonnet and underside apron, with twin-stacked brake ducts in the corners and slim LED headlights above.

The side profile is clearly four-door coupe, with short rear doors and Sonic the Hedgehog-style ears at the tops of the front doors. And then around at the back are a set of matching stacked box vents, with discreet black circular exhausts further inward. 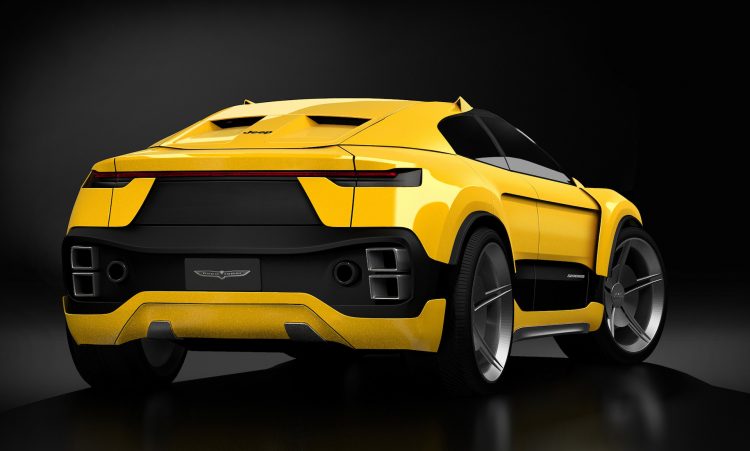 The fact that it does feature exhaust pipes got us thinking, where is the “supercharged” engine located? At the front the bonnet looks way too short and low to envelop the company’s 522kW 6.2-litre supercharged V8 from the Grand Cherokee Trackhawk, but maybe the engine is mounted in the back?

Alternatively, maybe Hristov envisions a powerful supercharged hybrid system for the Trackhawk of the future? It could use a small-capacity supercharged four-cylinder mounted at the back, with an electric motor for the front and rear axle. It doesn’t really matter, we guess. The design itself is the most interesting and exciting part.

What do you do think of it? Should Jeep consider a high-performance four-door coupe crossover to contend with the likes of the BMW X6, Mercedes GLE Coupe, and Porsche Cayenne Coupe?