A woman in the Turkish municipality of Besiktas has mixed up the brake and accelerator pedals in her 997 Porsche 911 Turbo while entering a petrol station, crashing spectacularly. 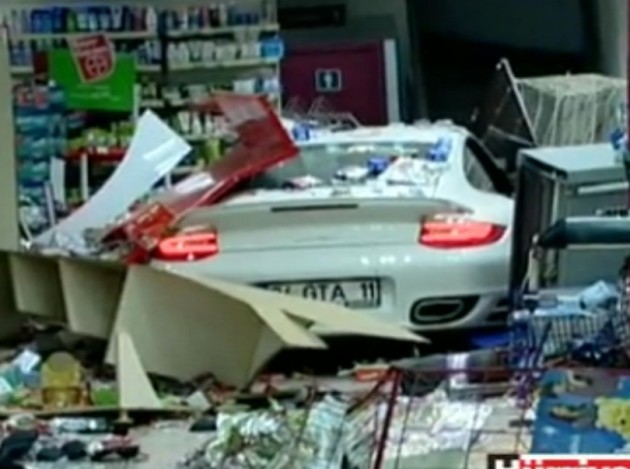 The mishap resulted in the current model supercar being literally driven through the wall of the service store, smashing through loads of displays, after pushing past a parked vehicle.

The driver and her passenger both escaped the crash without injury, however, the petrol station employee suffered minor injuries and was taken to hospital. 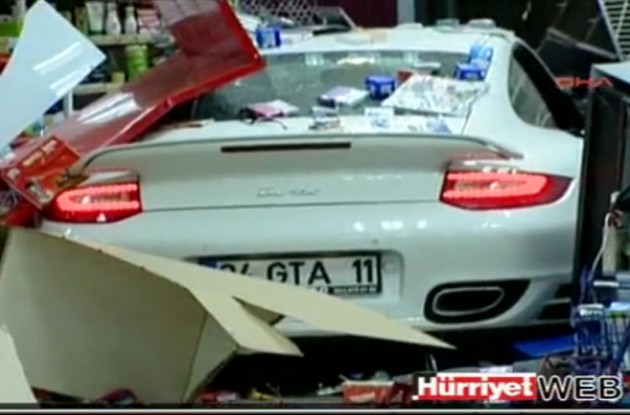 It’s unknown how the driver will be charged. According to reports, after the two women had made their statements to the police, the two covered themselves in red sheets to avoid embarrassment.

In standard form, the 997 Porsche 911 Turbo is one of the quickest accelerating vehicles on sale. It features a 3.8-litre twin-turbo flat-six producing 368kW (390kW in Turbo S form). One touch of the go-pedal could easily propel the coupe quicker than an inexperienced driver could react.

As for mixing up the brake pedal for the accelerator, we’ll leave the jokes to your imagination. It’s just very lucky nobody was hurt.

Click play on the video below to see the 911 Turbo crash as it happened.