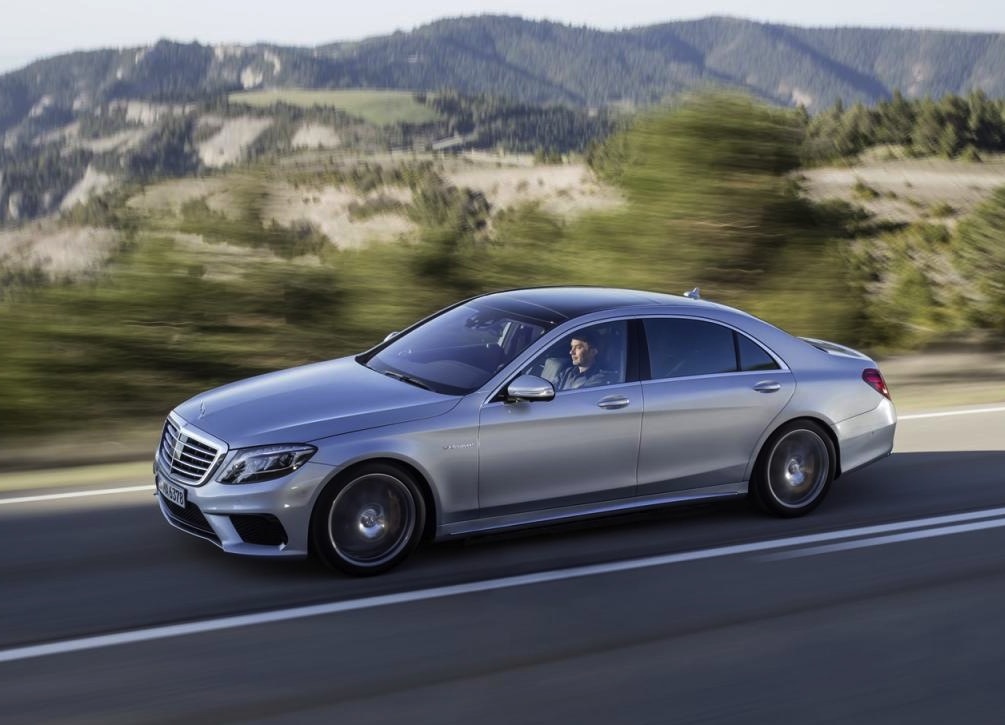 Mercedes-Benz has pulled the wraps off the new 2014 Mercedes-Benz S 63 AMG just ahead of its public unveiling at the Frankfurt Motor Show. Based on the new S-Class, the performance model showcases monumental levels of automotive technology, blended with all of the speed and power you’d expect from AMG. 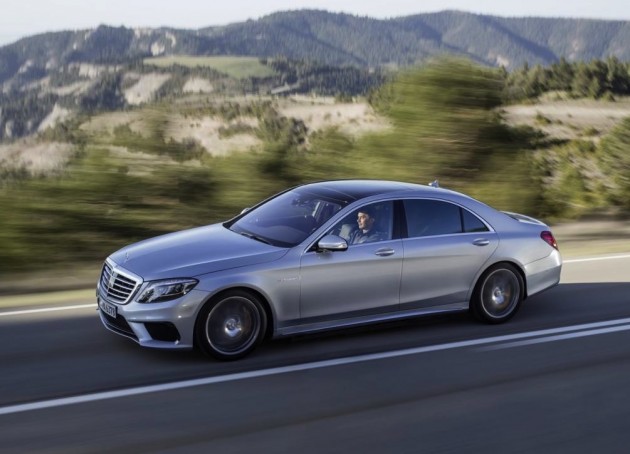 One of the biggest changes or highlights to the 2014 version is the introduction of a ‘V8 Biturbo’ engine. This is the company’s latest mechanical masterpiece which is seen in various other new AMG models It’s a 5.5-litre twin-turbo V8 producing 436kW of power and an incredible 900Nm of torque.

Ensuring maximum performance is utilised and kept reliable, the engine features an air-to-water intercooler, an aluminium crankcase, Piezo fuel injectors in direct injection layout, alternator management, a lightweight composite sump, and of course two turbochargers. The engine also breathes through a sports exhaust system with ‘automatic logic-controlled’ exhaust flaps inside the rear mufflers.The flaps open in Sport and Manual mode, selectable by the driver in the cabin.

Thanks to a number weight reduction measures, including forged alloy wheels, a lithium-ion battery (20kg lighter than the regular sort), and a composite brake package, the new S-Class AMG is 100kg lighter than its predecessor. This not only helps with performance, but also fuel economy. The rear-wheel drive model has an average consumption rate of 10L/100km, while the 4MATIC all-wheel drive consumes 10.3L/100km. 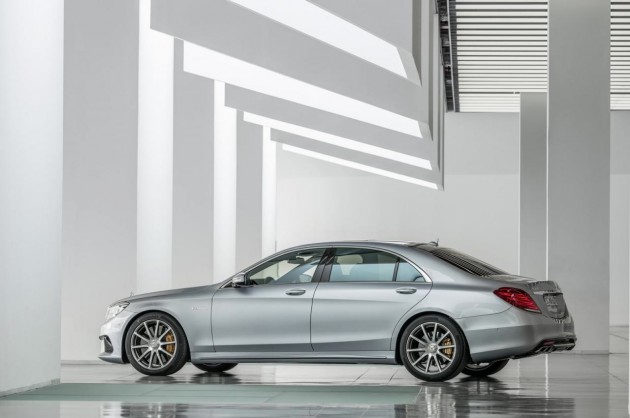 In terms of performance out on the road, the S 63 is capable of 0-100km/h in 4.4 seconds in rear-wheel drive form, and just 4.0 seconds in 4MATIC form. These are some awesome times, especially for a vehicle that weighs 2045kg and 2070kg, respectively.

Aside from the mind-blowing attention to detail and focus on performance, the S 63 AMG is still an S-Class; arguably the pinnacle automobile nameplate in luxury motoring. And so it comes as no surprise it is filled with all kinds of very advanced technologies and driving aids.

Highlight features include Magic Body Control which is capable of monitoring the road and the conditions ahead using a camera and can adjust the dampers for minimal body roll and optimum handling. This iss equipped to the rear-drive model. 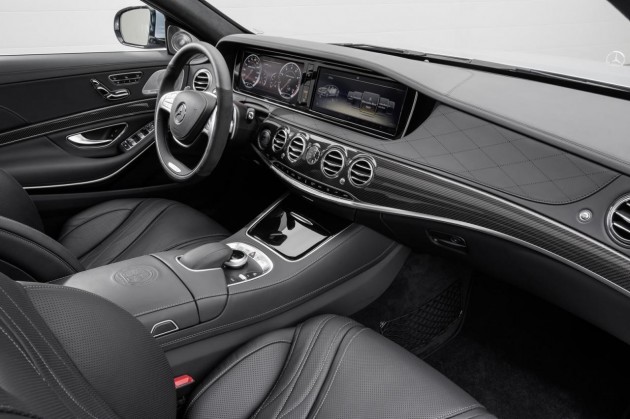 There’s also Collision Prevention Assist capable of reading the traffic ahead, Night View Assist, a full leather interior with AMG sports seats, a 10-speaker stereo system and multimedia interface with Comand Online, and a TFT display unit within the instrument cluster for readouts of the transmission, suspension and stability control settings.

As for styling, the new AMG looks as sharp as ever, with an AMG bodykit and neat front and rear spoilers, AMG and ‘V8 Biturbo’ badges, quad-outlet exhausts, and a set of optional 20-inch forged alloy wheels (19s are standard).

The cracking new model will officially go on sale in Europe during the later part of this year. Australian specifications, pricing, and market entry dates are yet to be announced.