It’s not very often you seen upgrades like this being applied to full-on supercars. The XXX-Performance Audi R8 V10 is modified to the extreme in almost every way. 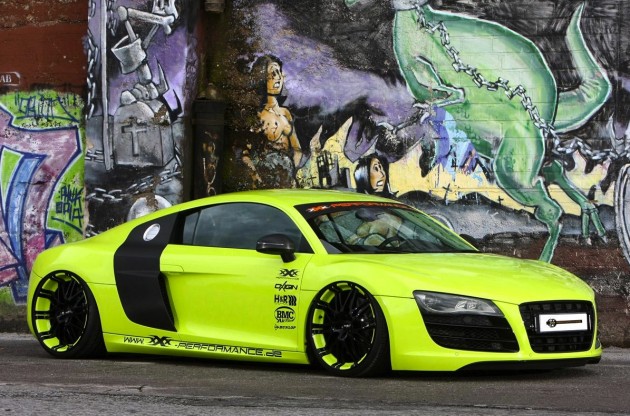 Starting with the styling, XXX-Performance has coated the body in a bilious bright green paint and a full wrap dressing. Giving the theme a bit of contrast are carbon highlights, such as the side mirrors, and side blades. Throughout the car is then topped off in darkened highlights, including the front grille. 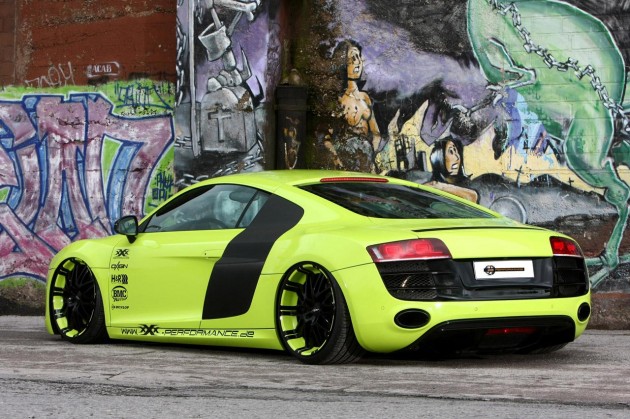 The engine compartment hasn’t been left untouched, and features a BMC carbon fibre intake system, a retuned engine computer, and a high-flow exhaust system with, get this, a Bluetooth-operated flap for increased flow and V10 bark. XXX-Performance says the upgrades push power output to around the 478kW mark – up from the standard 386kW.

Now for that extremely lowered look. The XXX-Performance Audi R8 V10 features a G-Ride Airride system, combined with an adjustable H&R coilover kit. The combination allows the owner to fully lower the R8 down onto its belly for shows and when parked.

In contrast to the very flamboyant exterior, the interior is decked out in a rather sedate grey leather and Alcantara trim, with Audi RS sports seats.

What do you think of it? Awesome, or a bit over the top? It’s certain to attract attention either way.