Tiff Needell from UK’s Fifth Gear TV program has just tested the stonking new Lamborghini Aventador. A video of the review has just been posted up on YouTube. 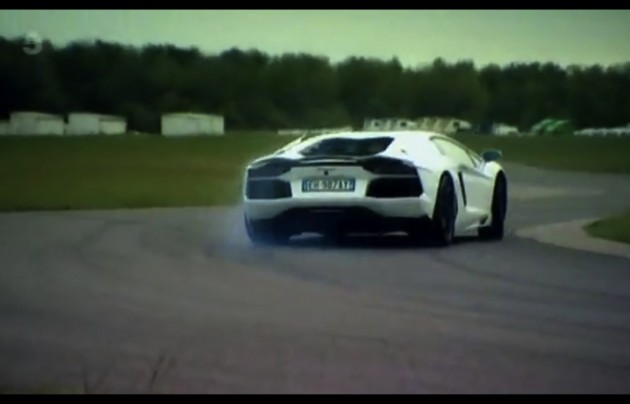 For those of you who have been living under a rock for the last year, Lamborghini recently released its new flagship V12 model replacing the Lamborghini Murcielago. Called the Lamborghini Aventador Lp700-4, it features an all-new 6.5-litre V12 engine producing 515kW of power (700PS) and 690Nm of torque.

According to Tiff Needell, renowned for his brilliant sideways antics, the Aventador’s all-wheel drive system seems to tend more towards understeer than oversteer. He also says the Aventador’s single clutch Independent Shifting Rod seven-speed dual-synchronise transmission is a bit harsher than he expected.

Click play on the video below for the complete review and all his comments. You might be surprised by his verdict.