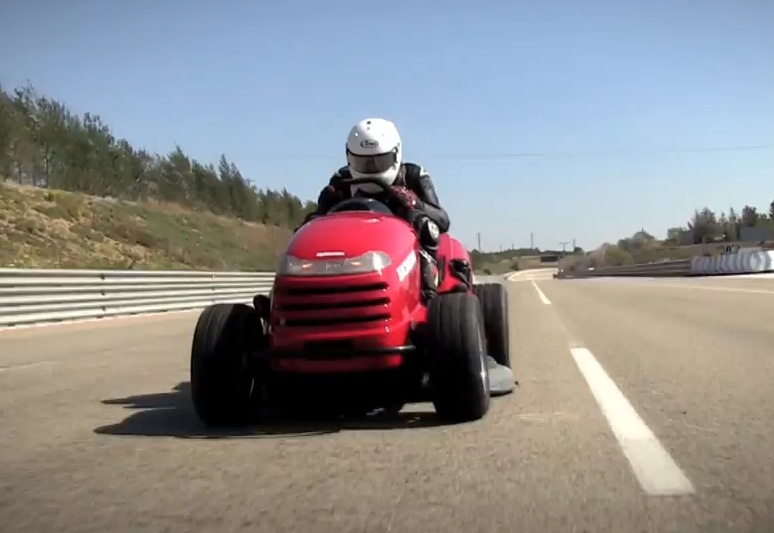 Some may remember the insane Honda Mean Mower built by Honda and Top Gear. The crazy garden tool has just smashed the world record, officially becoming the fastest lawnmower in the world. 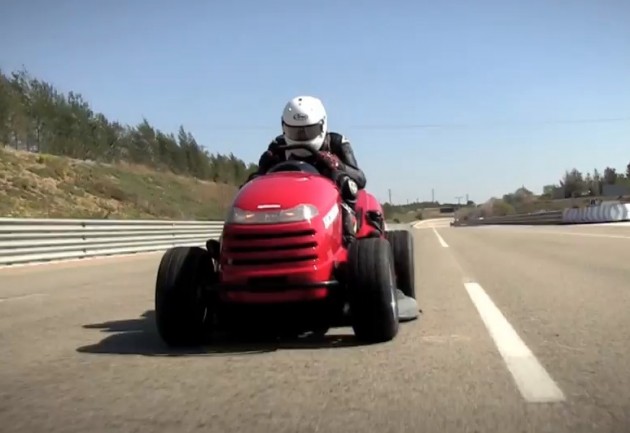 Top Gear Magazine‘s Piers Ward was gutsy enough to straddle the 1000cc beast and hit an average top speed of 187.6km/h. It beats the previous record of 141.34km/h quite easily.

As previously reported, the Mean Mower is powered by a 1000cc VTR Firestorm sports bike engine serving up 81kW and 96Nm. It takes under 4.0 seconds to cover 0-100km/h, partly thanks to a six-speed quick-shift transmission.

The record has been officially certified by Guinness World Records. Ellie Ostinelli, Honda UK communications manager, spoke about the cracking effort in a statement, saying,

“The original brief for Mean Mower was to create the world’s fastest lawnmower – and now it officially is, by some distance! We are all delighted to hold a Guinness World Records title and we’d like to thank everyone who was involved in what has been a challenging yet incredibly exciting project.”

Check out the video below for some proof of how quick this grass cutter is. Imagine owning one? Mowing the lawn would never be a chore again.