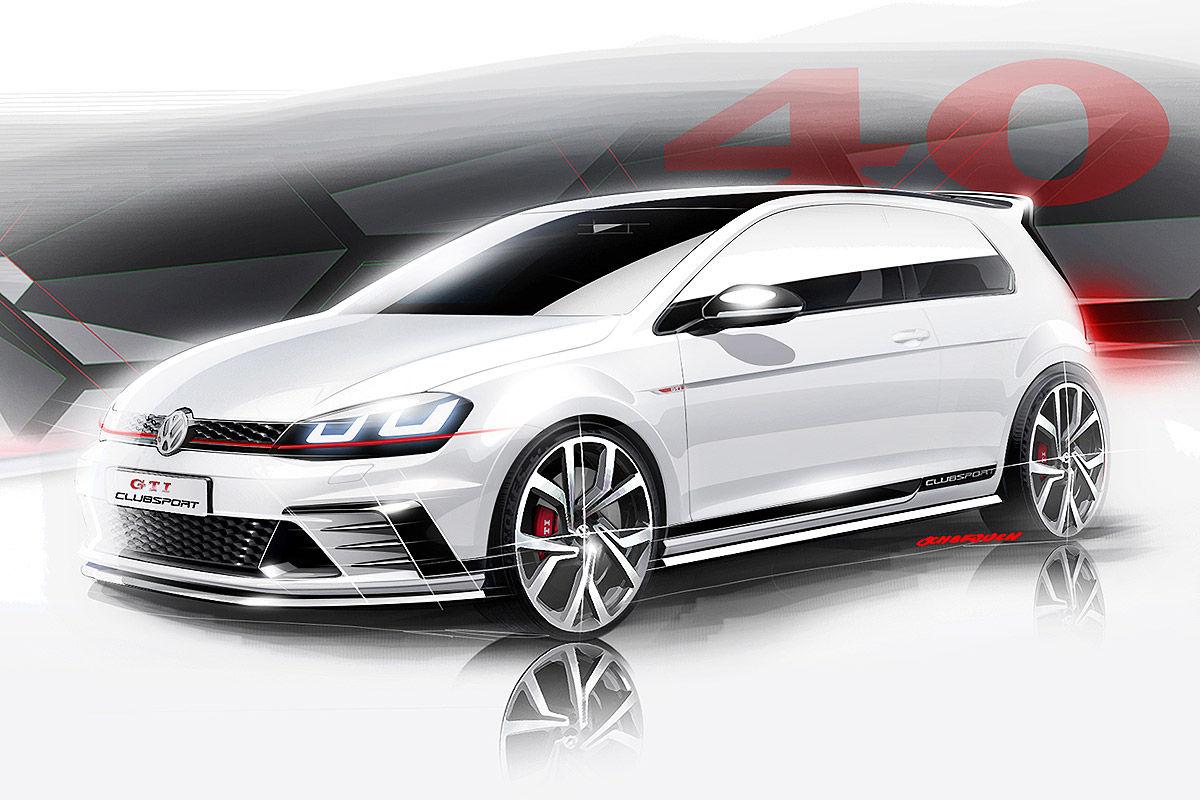 A hot Volkswagen Golf GTI Clubsport concept is being planned for this year’s Worthersee event. Could it preview a future production variant? 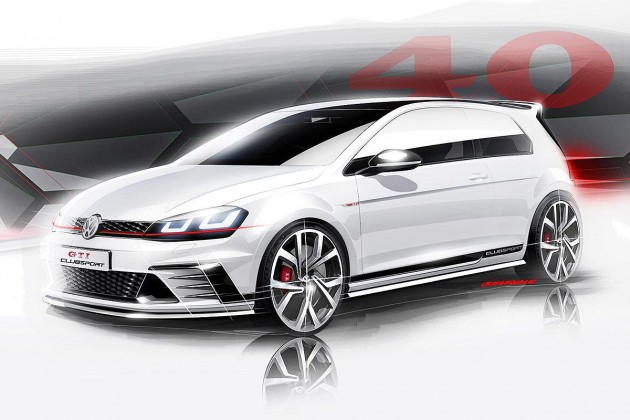 Let’s hope so. The GTI Clubsport looks awesome in the preview sketches. There’s a bespoke front bumper bar and little winglets in the corners, big air intakes in the lower section, and a low lip spoiler.

The lip spoiler continues around to the sides, with a discreet black trimming to highlight the stance, and then around at the back there’s a more serious diffuser arrangement and a wing extending off the top of the tailgate.

It looks like Volkswagen is basing the special concept on the three-door version of the Golf GTI, giving it a stronger and muscly look with its short wheelbase. Custom 10-spoke alloy wheels provide further visual impact.

Mechanical modifications haven’t been mentioned other than the fact it uses a 2.0-litre turbo engine producing 195kW. This kind of output places it nicely between the GTI Performance (169kW) and the range-topping Golf R (206kW in Australia, 221kW overseas).

Volkswagen hasn’t said anything about a potential production version, however, the company is planning to build the R 400. If it builds this Clubsport that would mean there’s four performance Golf models. We’re sure if the company goes ahead there’ll still be fans ready to buy.

All will be revealed at the Worthersee meet, which commences on May 13. Stay tuned for more. 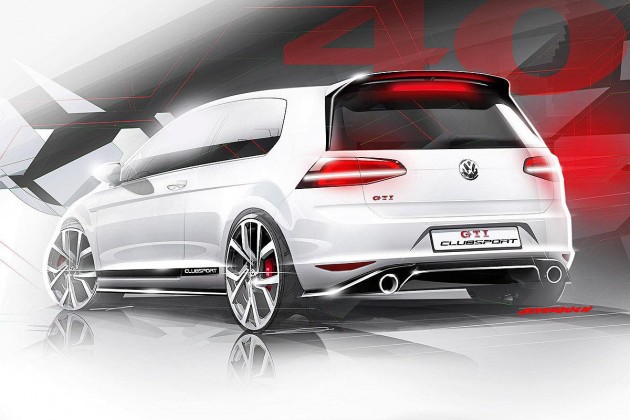