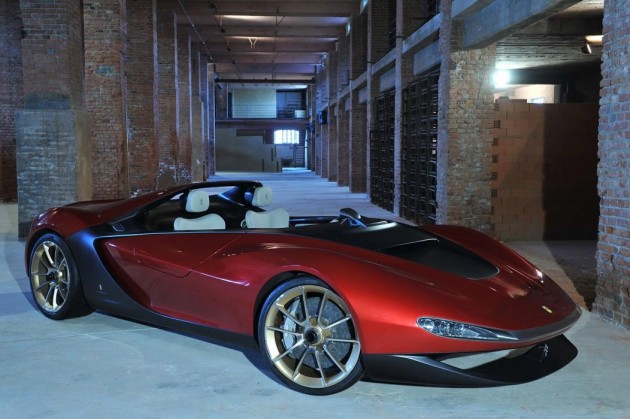 Although a sketch was revealed last week, it did little to portray just how extravagant the concept is in the flesh. It looks extremely low profile, with a naked cabin sitting out at the front.

In terms of specifications on the creation, the Sergio roadster is powered by a 4.5-litre naturally aspirated V8. Outputs haven’t been mentioned, however, the roadster is able to sprint from 0-100km/h in just 3.4 seconds. 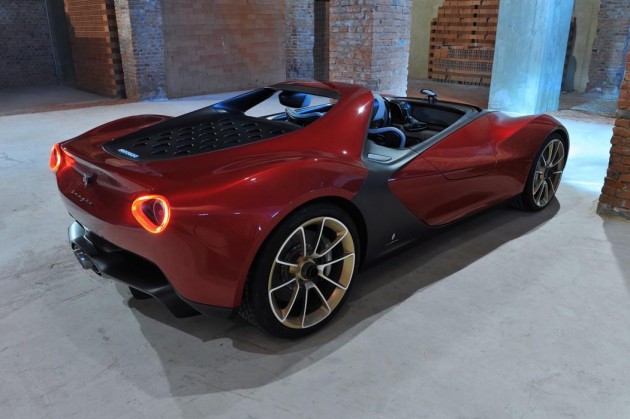 Part of this awesome performance comes thanks to lightweight structure which is based on the Ferrari 458. It weighs just 1280kg. This also, at least partially, allows for a top speed of 320km/h.

The design is not only made to look dramatic, it’s also aerodynamic. The pointy wedge-like front end acts as a giant wing, adding downforce and enhancing grip, while the large roll over bar provides downforce for the rear end.

Of course, there are no plans for the Sergio to go into production any time soon. It will likely be kept as an in-house collector’s piece that will be carried on for years by Pininfarina.