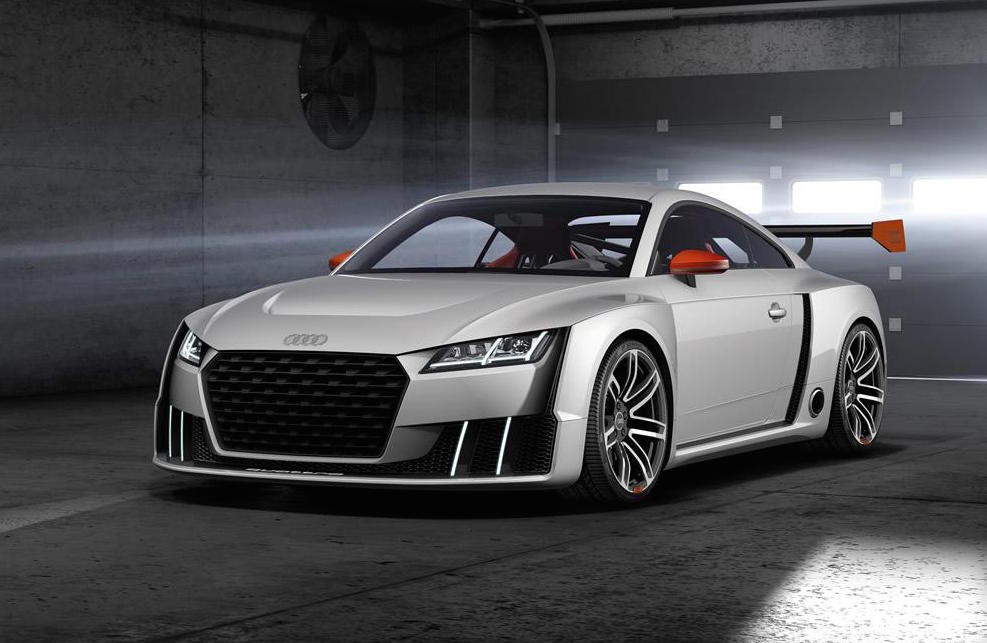 Not wanting to miss out on the excitement of the Worthersee Volkswagen GTI meet, Audi has come up with a racy TT Clubsport Turbo concept based on the new TT. 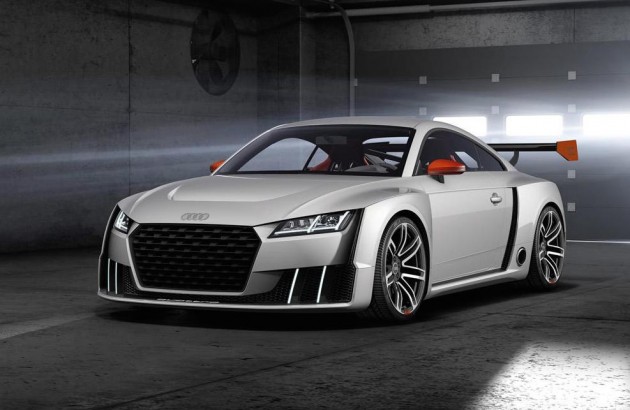 First and foremost you’ll notice the heavily pumped wheel arches which give the TT a very cool race car look. The guards extend out so much there’s even room for neat venting slits in front of the rear wheels and behind the front wheels.

The body is 14cm wider than the regular TT, and also comes with an adjustable rear wing for added downforce, a more complex front splitter section, and a set of 20-inch twin-spoke, two-tone alloy wheels wearing 275/30 tyres.

In the engine compartment is a tuned and tweaked version of the TT RS 2.5-litre turbocharged five-cylinder engine. It uses a twin-turbo arrangement , with one electric turbo helping to boost output to an eye-opening 441kW and 650Nm. Audi explains the system, saying,

“An electrically powered compressor offers significant advantages: It revs up to maximum rpm rapidly and without any perceptible delay, and it continues to boost charge pressure when too little drive energy is left in the exhaust gas for the conventional turbocharger.

“This operating principle makes it possible to design the conventional turbocharger more specifically for high charge pressures and consequently for high engine power – the e-turbo assures spontaneous response and powerful sprints from low engine speeds at all times.” 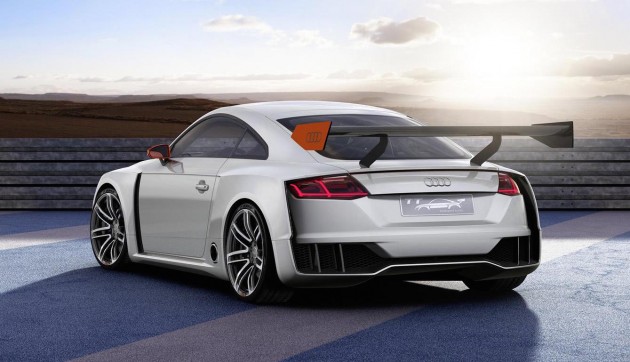 The engine is matched up to a six-speed manual transmission with all-wheel drive. The combination is capable of propelling the muscly coupe from 0-100km/h in 3.6 seconds with a top speed of 310km/h.

Unfortunately, Audi has no plans to put the Clubsport Turbo into production any time soon, however, the e-turbo could be a sign of things to come. It’s a shame about the Clubsport though, as it looks and probably goes like a perfect track day car.