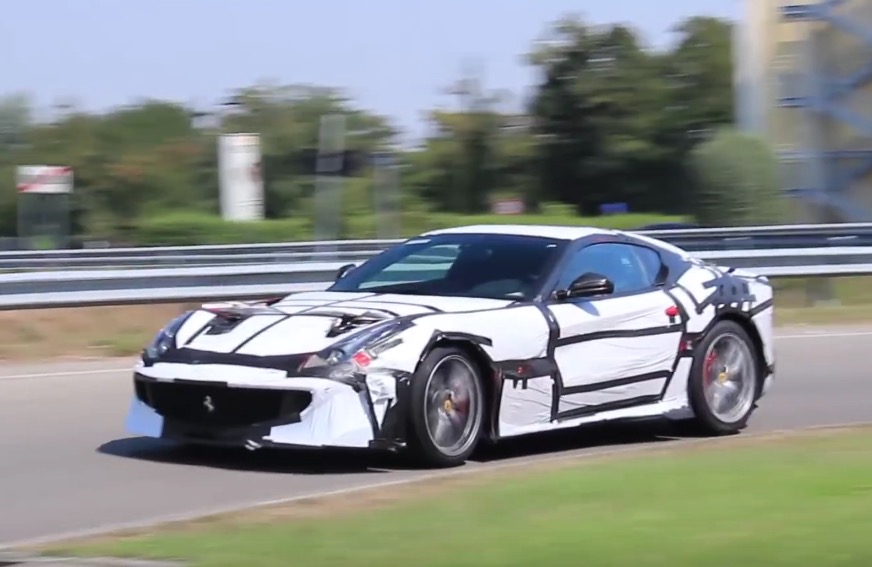 Ferrari has been spotted test driving a prototype version of the highly anticipated F12 ‘Speciale’, on the streets near the company’s home factory in Modena, Italy. 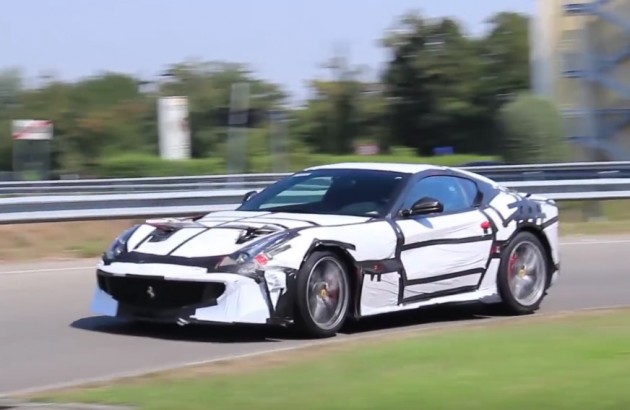 The Ferrari F12 Speciale – name yet to be confirmed – will be a stripped out and more focused version of the extremely high-powered V12 F12. It’s also set to be a limited edition sold in strict numbers.

In standard form, the F12 comes with a 6.3-litre V12 producing 545kW. For the Speciale, reports say this output could be lifted to around 570kW. Not only will this make it a quicker and faster vehicle overall, potentially covering 0-100km/h in well under 3.0 seconds, the car is also set to receive some weight reduction for further performance.

There’s talk of a diet of around 200kg. From the standard car’s 1630kg, a 1430kg beast would certainly go down well with the fans. Such a saving would obviously contribute to performance, handling, braking, and bring down the car’s track times.

As for the design, we’ve already seen some spy images showing what appeared to be a pre-production version. It featured a unique bodykit and new front and rear spoilers, exposed carbon fibre, and some interesting vents cut into the rear haunches as seen on the prototype below.

Check out the video below for more of a look. We also get to hear the beast for the first time. A full unveiling is expected later in the year.