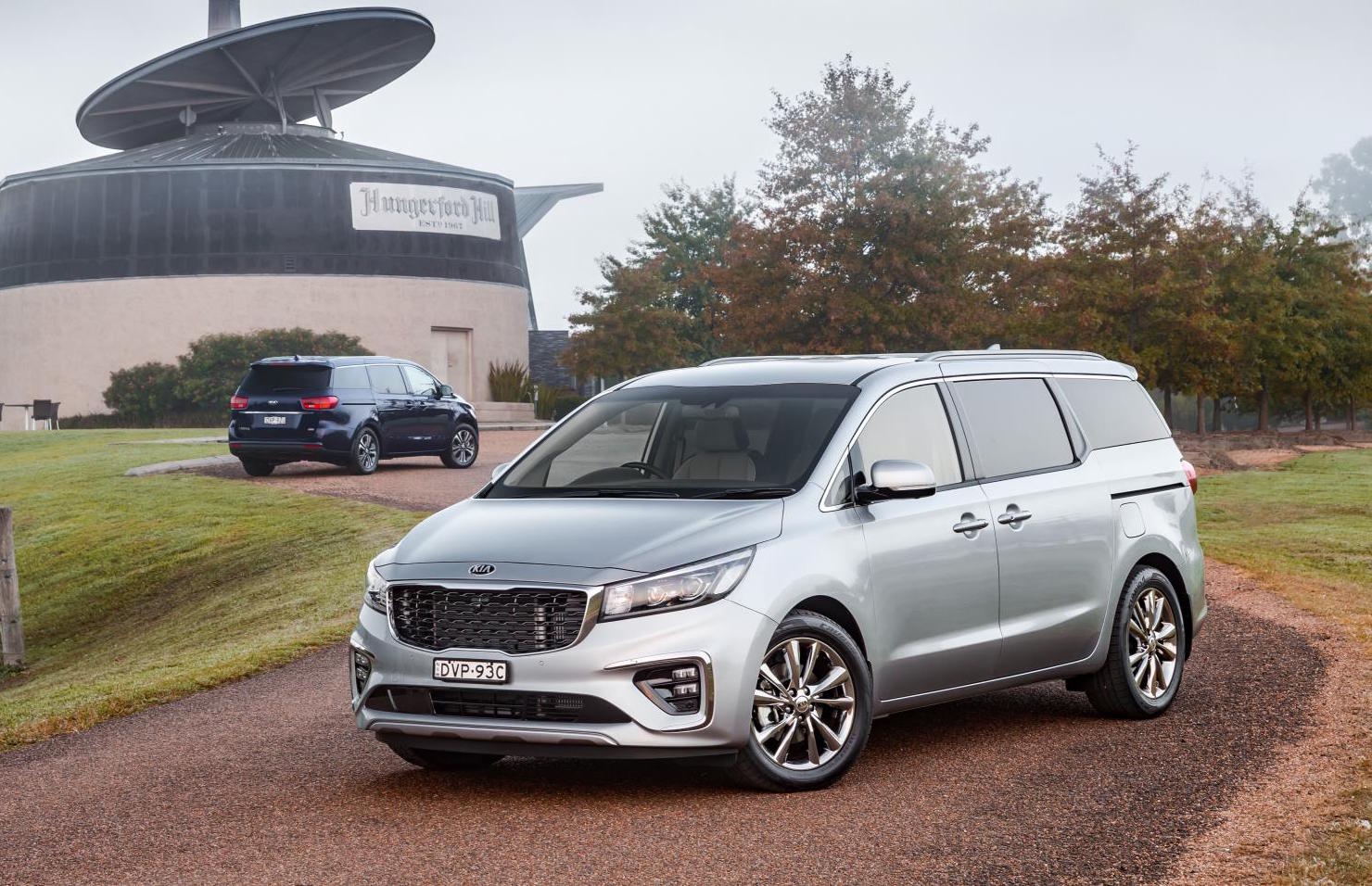 A string of updates have been announced for the introduction of the 2019 Kia Carnival range. Headlining the update is a new eight-speed automatic, along with added safety tech and improved practicality. 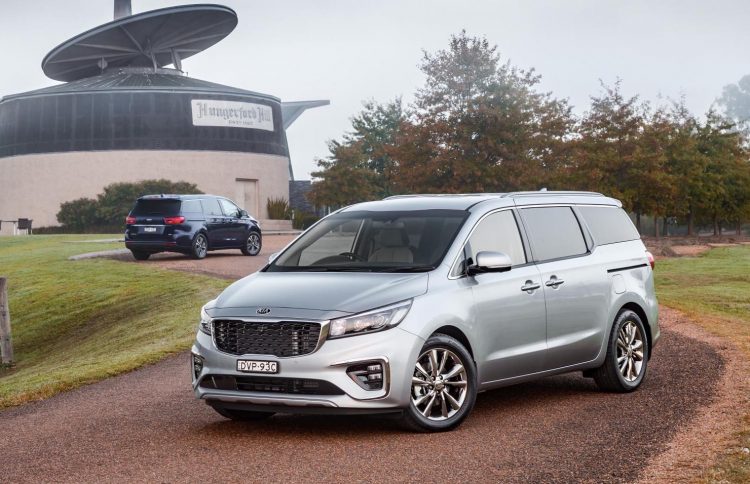 As revealed last month, the design of the large MPV has been updated to include ice cube LED lights in the front bumper bar, a bolder grille area with an updated ‘tiger nose’ layout, sleeker headlights, and a wider-looking overall stance.

Inside, the interior has been given an overhaul and now includes a 7.0-inch touch-screen media interface for the lower models and an 8.0-inch unit for the upper variants. It offers Apple CarPlay and Android Auto, with the Si, SLi, and Platinum featuring an eight-speaker JBL sound system.

As before, the seating layout and possible configurations make it one of the most versatile MPVs on the market. The third row adopts a 60:40 split-fold mechanism, with an whopping 960 litres of boot space available even with the third row in place. Folded down, it grows to 2220L. 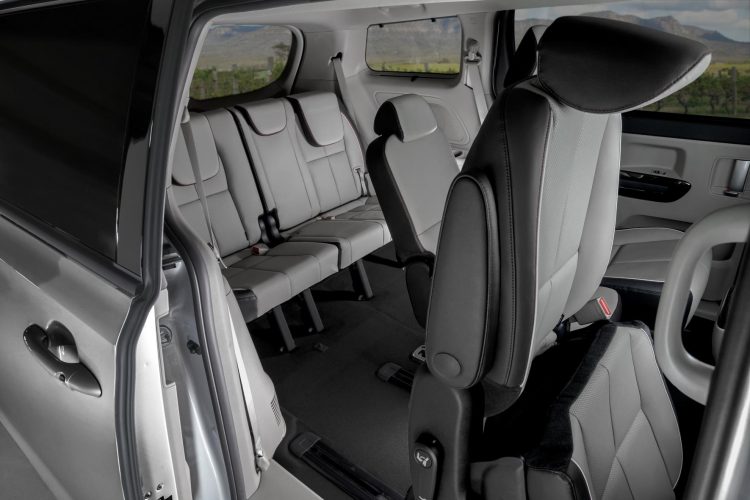 For the driver the new S entry variant comes with a fresh 3.5-inch LCD screen within the instrument cluster, while most of the rest get an OLED 3.5-inch unit. Standing at the top, the Platinum adopts a 7.0-inch TFT digital instrument cluster.

To boost safety, autonomous emergency braking is now standard across the range, along with smart cruise control, lane departure warning and rear parking sensors. The parking brake has been swapped to an electronic type for further reassurance and practicality as well.

As for the hardware, all variants are available with either a 3.3-litre naturally aspirated V6 that produces 206kW and 336Nm, like in the outgoing model, or a 2.2-litre turbo-diesel four-cylinder that develops 147kW and 440Nm. In both cases, there’s a new eight-speed automatic transmission for the front-wheel drive system.

Like all Kia models in Australia, local engineering has given the Carnival a fine-tune to get the ride and handling just right for the local market. Tweaks have been made to the MacPherson strut front and multi-link rear, with optimised dampers and spring rates.