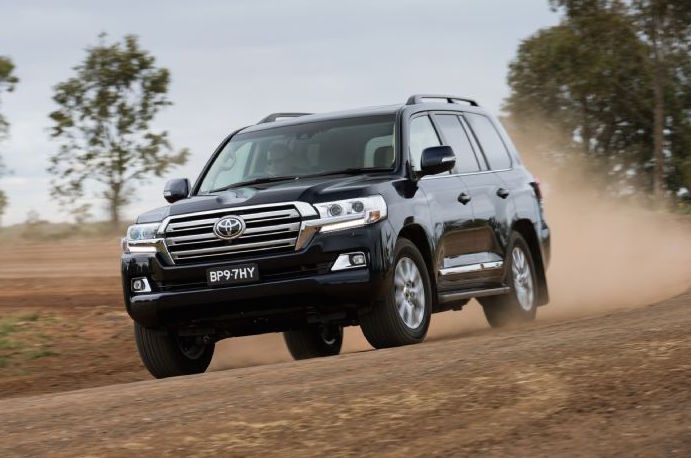 The updated 2016 Toyota LandCruiser has been revealed, bringing a facelifted design, increased safety, and boosted performance. It will go on sale in Australia in October. 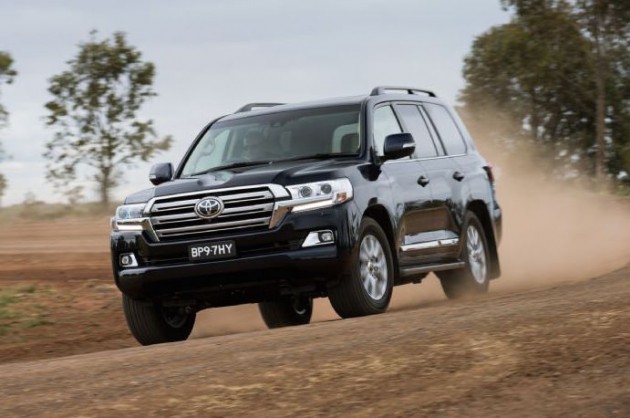 As previously snapped in pre-production form, the 2016 LandCruiser gets a new front grille layout with a protruding central piece and three horizontal tiers. There’s also new projector-style headlights, bonnet, and bumper bar to give it a more modern look.

Other cosmetic changes include fresh side mouldings and door handles, while at the back is a new bumper bar, combination taillights, mud guards, and a new central taillgate panel to match the updated front end.

Toyota has made some revisions in the engine compartment, with the 4.5-litre twin-turbo diesel V8 getting a kick from 195kW to 200kW (up 5kW), with the same hefty 650Nm torque figure carrying over. The lift in power is thanks to new injectors and revised engine mapping. A diesel particulate filter with a protection plate is also added in.

Fuel economy for the diesel is improved by about eight per cent, dropping from 10.3L/100km to 9.5L/100km. It passes Euro 5 emissions regulations.

The 4.6-litre naturally aspirated V8 petrol carries over the same 227kW and 439Nm outputs, however, the air-injector system has been altered to reduce emissions. It now offers a faster warm-up from a cold start. Average fuel consumption is rated at 13.6L/100km.

In terms of technology changes, the 2016 LandCruiser VX and Sahara get a new TFT instrument cluster display measuring 4.2 inches. These variants also get an Electro Multi Vision and Navigation unit with a 9.0-inch display.

Pre-collision safety has been added to the list of optional tech, along with lane departure alert, and dynamic radar cruise control with automatic braking. Automatic high-beam function is added as well. 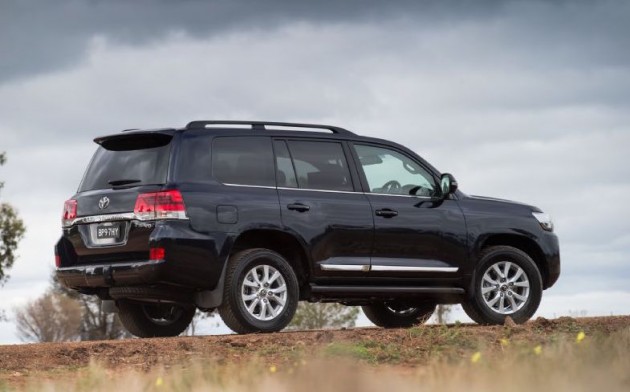