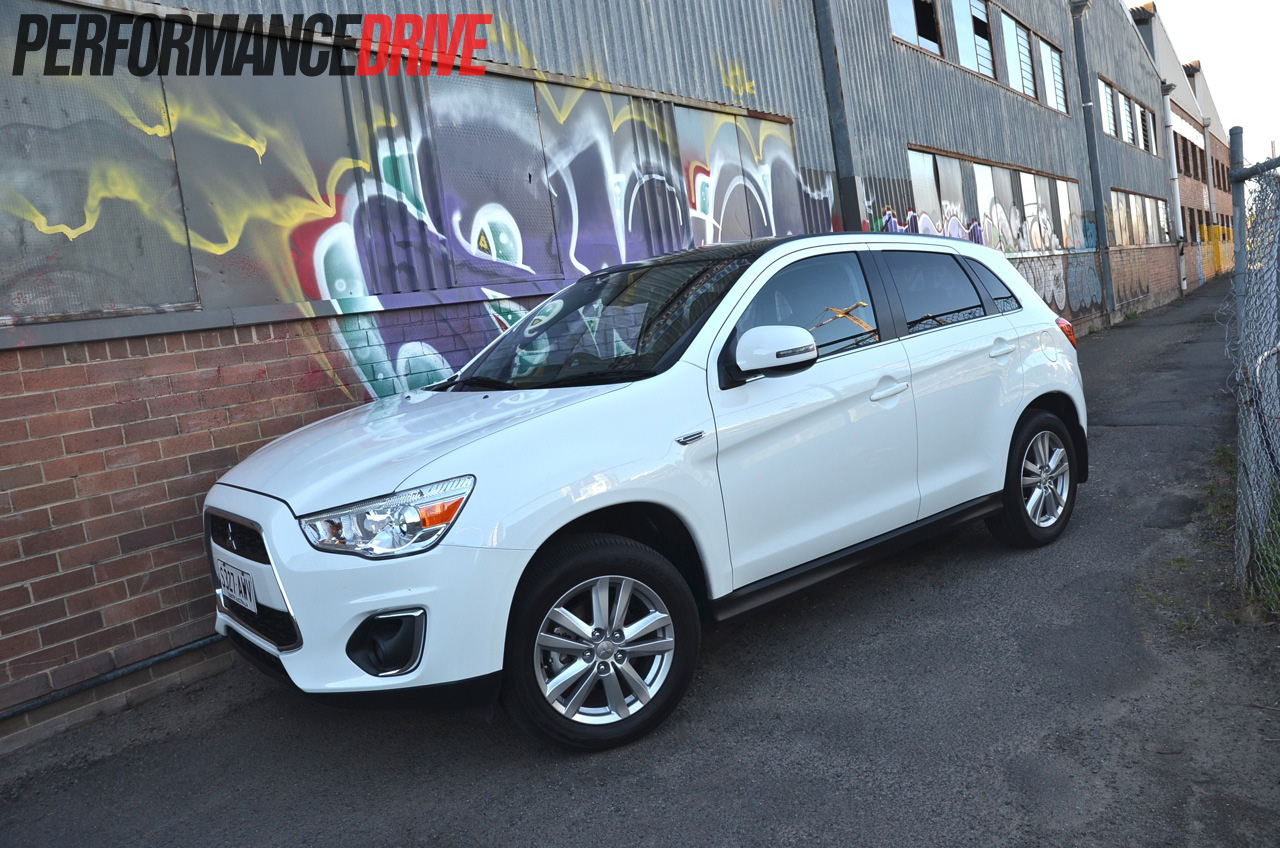 The 2014 Mitsubishi ASX Aspire DiD is the first automatic diesel offering since the model launched in 2010. Originally only available with a six-speed manual, the ASX now appeals to a wider market. 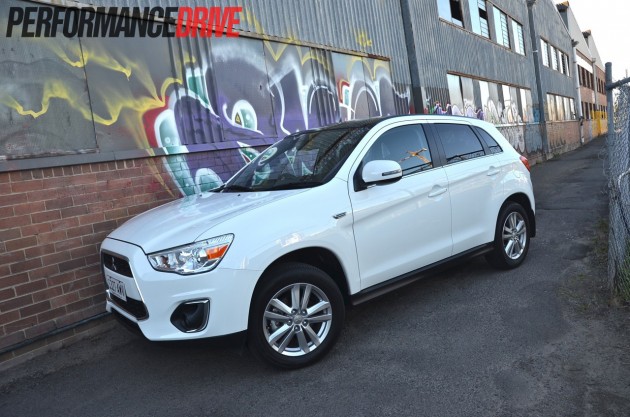 Mitsubishi has done a 180-degree spin on the six-speed manual transmission, now exclusively offering six-speed automatic across all diesel models.

The ASX range starts from $25,990, which gets you into a front-wheel drive 2.0-litre petrol with a manual transmission (the only manual variant in the lineup), and it tops out at $36,490 for the all-wheel drive turbo-diesel Aspire with a six-speed automatic (as tested). Buyers can also get into a base model ASX diesel for $31,990.

Diesel buyers will be pleased to know that the 1.8-litre turbo-diesel has been replaced with a 2.2-litre unit that produces the same 110kW, but torque increases from 300Nm to 360Nm.

2014 Mitsubishi ASX Aspire DiD – THE SPECS 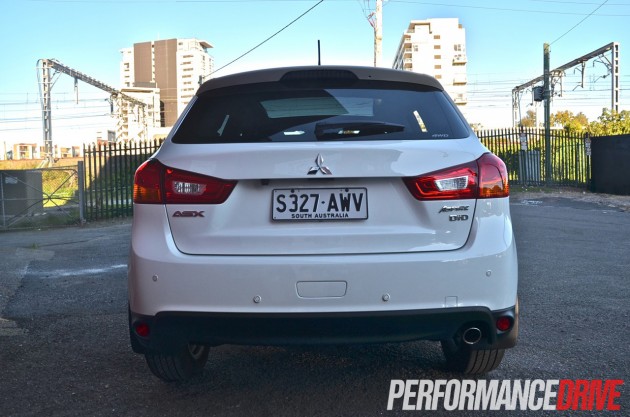 2014 Mitsubishi ASX Aspire DiD – THE PACKAGE

The interior of the Mitsubishi ASX is a pleasant, spacious place to be with lots of head and legroom for all occupants. The cabin does look a touch over plasticised, and very grey, with some hard and scratchy surfaces.

The heated leather seats feel a bit under-padded and can become uncomfortable on long trips, but are suffice for the school run. The leather itself isn’t the most appealing to touch, but it does feel durable and up to the task of shuffling little tackers in and out.

What the ASX lacks in cabin appeal it more than makes up for with interior smarts, such as, climate control, cruise control, an easy-to-read high-resolution seven-inch display, a reverse camera that is now displayed in the in-dash screen as opposed to the rear-view mirror on the previous model, Bluetooth connectivity with audio streaming, rain-sensing wipers, and auto-on headlights. 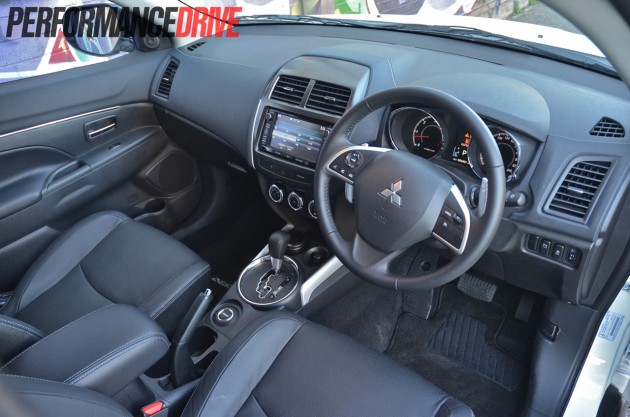 The Aspire model receives a neat set of 17-inch alloys, and a very cool panoramic glass roof that is sure to entertain on warm summer days.

The ASX embodies Mitsubishi’s design language with hints of Lancer Evolution in the front, giving it a bold and striking appearance. The Aspire model, with its smart-looking alloys and dashes of chrome, is the pick of the ASXs. The indicators on the mirrors are also a nice touch.

With the 60/40 split-fold rear seats upright, the ASX offers up 416 litres of space, more than enough for a pram and some shopping. Folding the rear seats down exposes a large flat area, bringing the available volume up to 1109 litres. 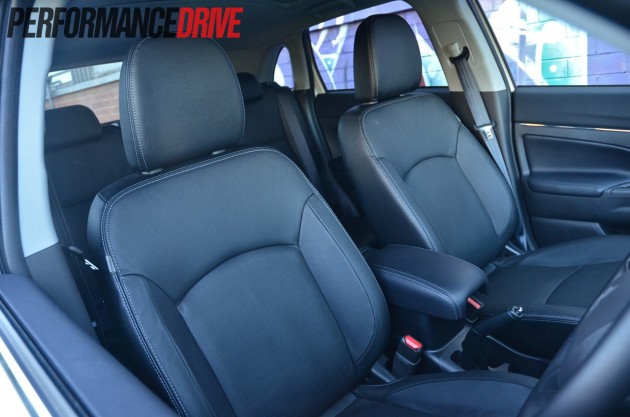 The ASX comes with Mitsubishi’s all wheel control system, featuring 2WD, 4WD, and 4WD Lock. For general duties, such as city or freeway driving, the ASX is best left in 2WD, sending the power through the front wheels.

For extreme weather conditions, or unsealed roads, the ASX can be switched to 4WD Lock to maximise traction – lock mode doesn’t mean the wheels are completely locked, making it safe to use on the road.

If you want to be on the safe side you can select 4WD Auto, which only sends torque to the rear wheels when slip is detected. In normal driving conditions, using 4WD Auto mode will result in better fuel economy.

The ASX’s ride is comfortable, and the steering feels direct. And while it feels active at slow speeds, it is prone to body roll if you push it too hard around corners.

The 2.2-litre diesel engine isn’t the quietest in its class, especially at idle, but it’s an improvement over the 1.8-litre unit it replaces.

Acceleration-wise the ASX isn’t all that fast off the line, but once you’re going it’s gutsy and more than useful for overtaking a car or two. We clocked 0-100km/h in 10.1 seconds.

The six-speed auto transmission hunts through gears in the name of economy, and is eagerly keen to sift down gears to deliver bursts of acceleration. The 2.2-litre feels well-mated to the self-shifter; very smooth and very intuitive.

We managed to achieve decent fuel economy during our test, recording 6.6L/100km. The figure does rise when you leave it in 4WD Lock mode, which is why 4WD Auto or 2WD is a much better option for general driving duties. 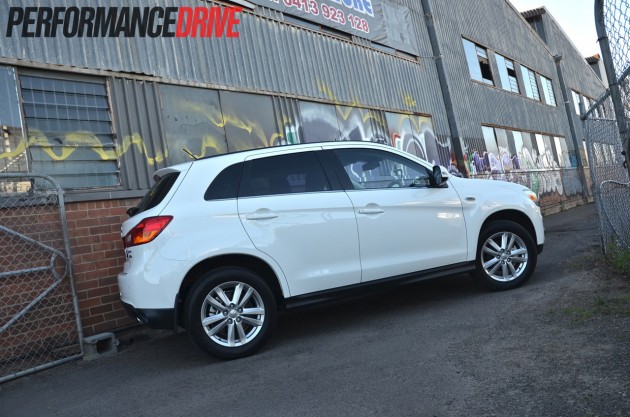 The ASX’s bold design, frugal diesel engine, in combination with its spacious interior make it a peach for the daily grind.

The ASX and ASX Aspire at $31,990 and $36,490 respectively are the cheapest base and top-spec diesel-powered compact SUVs on sale.

CONS:
– Over plasticised interior
– Diesel engine noisy at idle
– Front seats could do with more padding 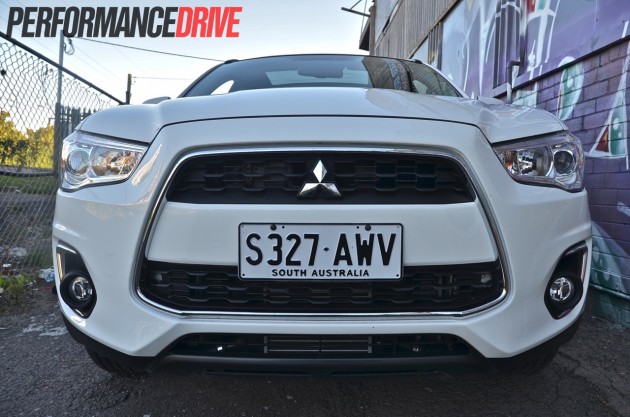