2020 Alpina B3 sedan revealed, set for Australia late next year

Following the unveiling of the new BMW-based Alpina B3 Touring, the German firm has now pulled the covers off the B3 sedan. It comes just as BMW is about to unveil its all-new M3 performance sedan. 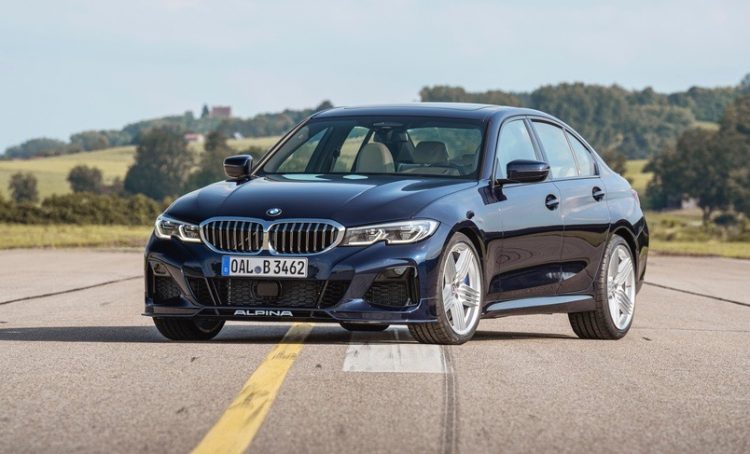 The B3 saloon, as it’s known in Europe, features the same BMW M S58 3.0-litre twin-turbo inline-six engine that we saw with the Touring wagon a few weeks ago. It’s a mighty unit, producing 340kW and a hard-hitting 700Nm. Hooked up to an eight-speed ZF-based automatic transmission and an Alpina-tuned xDrive all-wheel drive system, the sedan offers a claimed 0-100km/h time of just 3.8 seconds (Touring today confirmed at 3.9 seconds).

Even more impressive, Alpina says the new sedan will conquer 0-200km/h in just 13.4 seconds, and 13.9 seconds in the Touring wagon. At this rate of acceleration it comes in as one of the quickest combustion-engined four-door sedans on the new car market, and certainly one of the very quickest for the premium mid-size sedan category.

Alpine hasn’t just installed the S58 engine from BMW. The company has applied revisions to the flow of the turbo housings to help improve low-end response, and the intake system is also modified to help with flow and torque delivery. There’s also a special Alpina cooling system to keep everything running at the right temp, including a larger intercooler, bigger intakes and a 1000W electric fan. 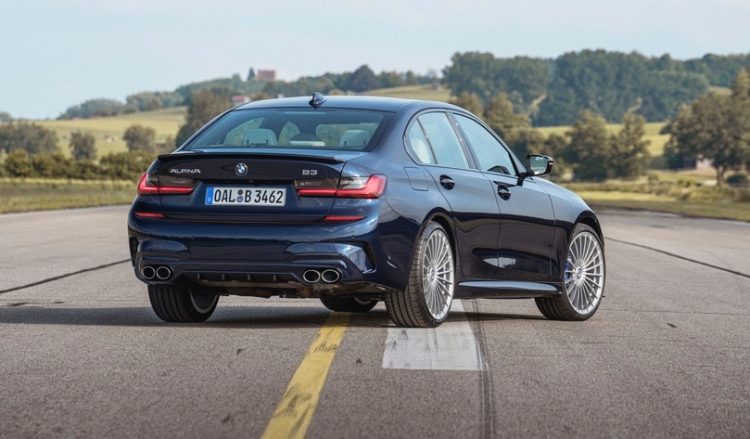 Completing the major mechanical upgrades is a full stainless steel exhaust system which has been designed to reduce back pressure. Valves in the system also provide different sound experiences, allowing drivers to toggle between Comfort and Sport modes. The system incorporates petrol particulate filters to help reduce emissions. Speaking of which, the WLTP test cycle is stamped at 11.1L/100km.

The new Alpina B3 promises to be an exciting and capable machine not just in a straight line, but also around corners. Engineers have devised a range of major suspension and chassis upgrades to help optimise balance, agility, and road holding. Specially designed bump stops and stabiliser bars are part of the package, along with Eibach springs and Alpina’s Variable Damper Control shocks. A limited-slip differential is installed at the rear axle to maximum grip.

As per usual with full Alpina products, the B3 features a range of subtle yet distinctive styling enhancements. There’s a bespoke front bumper bar and lip spoiler, with ALPINA lettering, as well as a revised rear bumper bar and an integrated diffuser, quad-outlet exhausts, and a big lip spoiler up on the boot lid. Buyers can of course opt for Alpina’s famous multi-spoke alloy wheels as well. 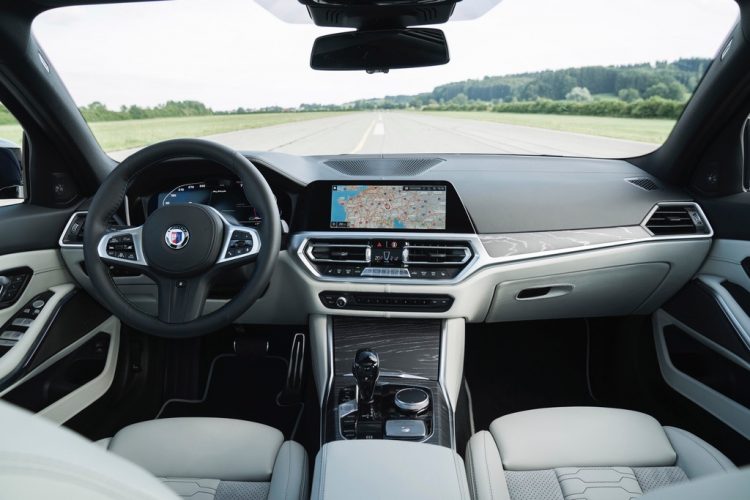 The interior is crafted in a similar style, with soft leather stitched together in a unique pattern, custom graphics for the digital instrument cluster, and a redecorated steering wheel for the driver showcasing Alpina badges and trademark blue and green stitching. Buyers can select from a range of trim and material options too for something really exclusive.

Alpine Australia has confirmed it is interested in bringing the new sedan variant to local showrooms, following confirmation of the B3 Touring last week. It expects it to arrive some time late in 2020, although, final specs and prices are yet to be sort.