It was only a matter of time before some seriously tuned Subaru BRZ/Toyota 86 setups started hitting the drag strip. A video has just surfaced showing a tuned Subaru BRZ from Accelerated Performance running the quarter in 11.3 seconds. 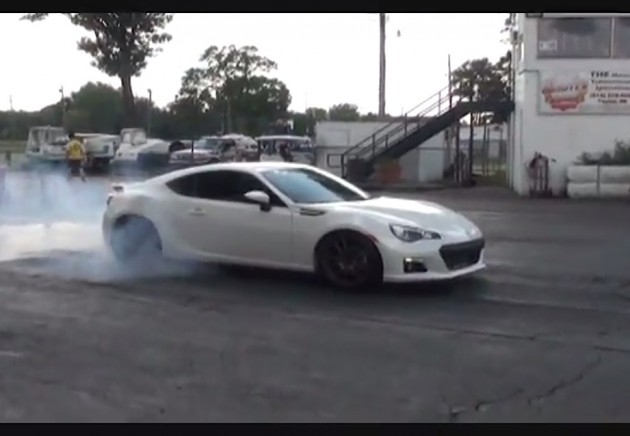 According to the video description, the BRZ features a “400” turbo package. It also appears to be wearing a set of lightweight alloy wheels wrapped in wider and stickier tyres compared with the factory items. Every other aspect of the vehicle is apparently standard, including the transmission and running gear.

As you can see, there’s some serious power on tap. Judging by the name of the tuning kit, around 400hp (298kW) to be precise. This is a big boost over the standard 147kW output.

The sound of the engine is also much more aggressive and raspy compared with the factory naturally aspirated unit, mostly thanks to a freer flowing exhaust system and the turbocharger.

The end result is 11.3 seconds at 205km/h (127.4mph), which, according to the description, sets the world record for a Subaru BRZ. Click play below to take a look.