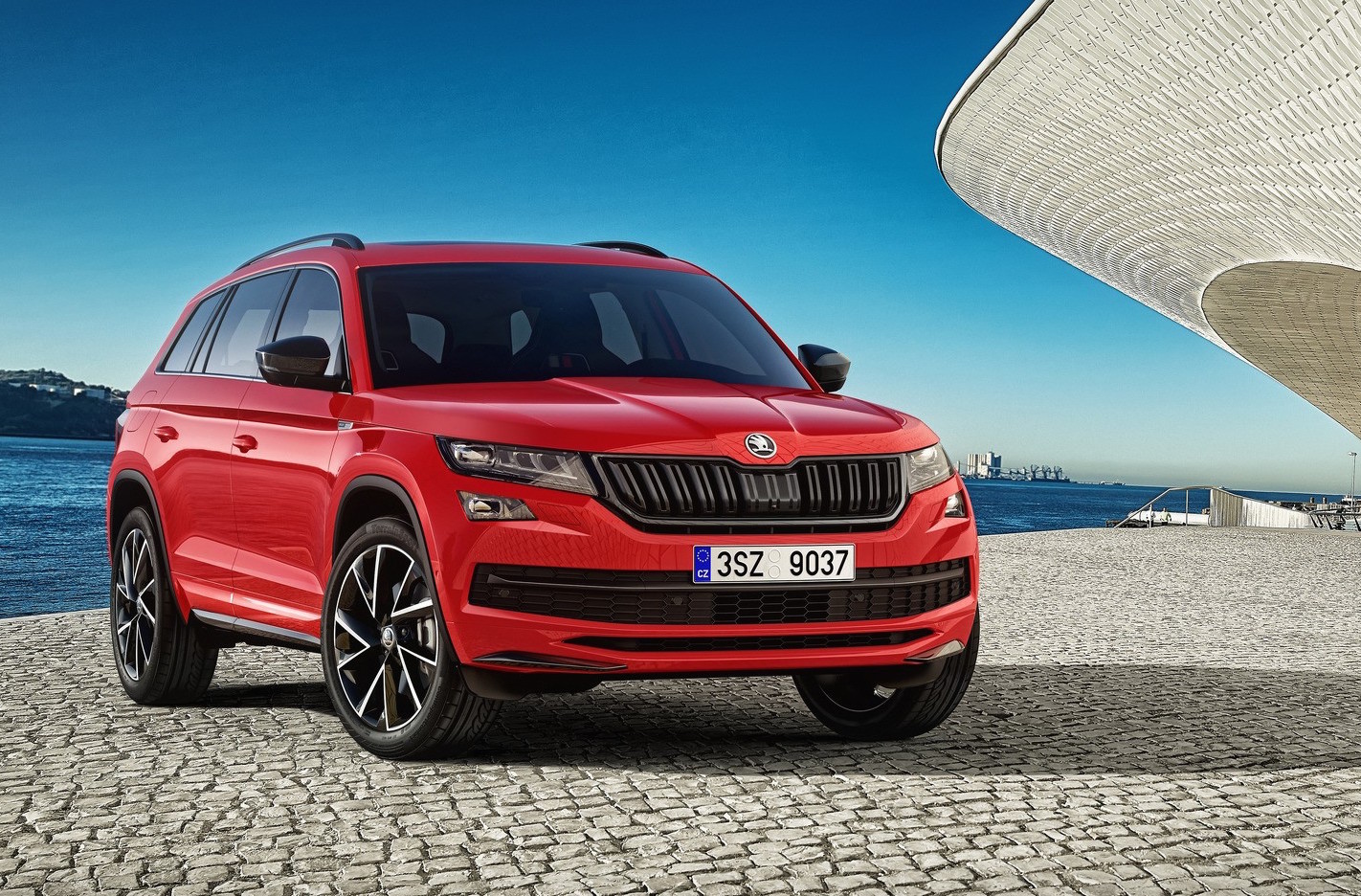 Skoda has revealed a slightly sportier take on the new Kodiaq SUV, giving it the Sportline treatment for the first time. 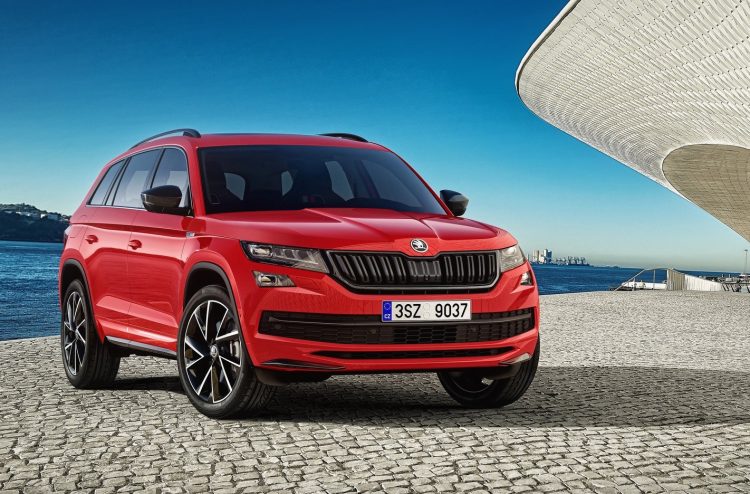 The complete package will make its public debut at the 2017 Geneva Motor Show in March, but luckily for those who aren’t going Skoda has released some tasty images to get the juices flowing.

For the exterior, Skoda has conjured up a number of black design features, including the front grille, roof rails, side mirrors, and window trimmings for that dark and sinister look. There’s also a bespoke front lip and a set of either 19-inch or 20-inch alloy wheels.

Inside, the Sportline is based on the Ambition trim level, but it is enhanced and comes with sports seats with Alcantara, silver stitching, and it comes with a leather steering wheel and gear selector. A set of aluminium pedals are there for the driver, while some sport displays present the G-force, turbo boost, and live engine output figures.

As for the engines, buyers will have a choice of two petrol and two diesel options. Power outputs, performance and fuel consumption figures can be seen below. Interestingly, all options come with all-wheel drive as standard.

The big seven-seat Kodaiq will go on sale in Australia around the midpoint of this year. Local prices are yet to be confirmed. 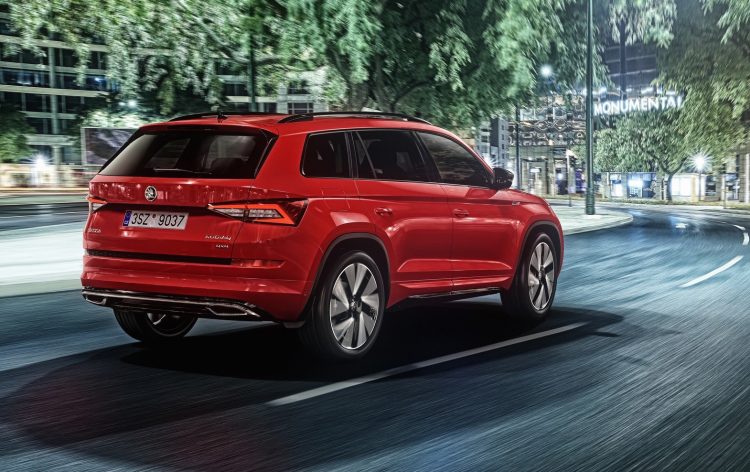