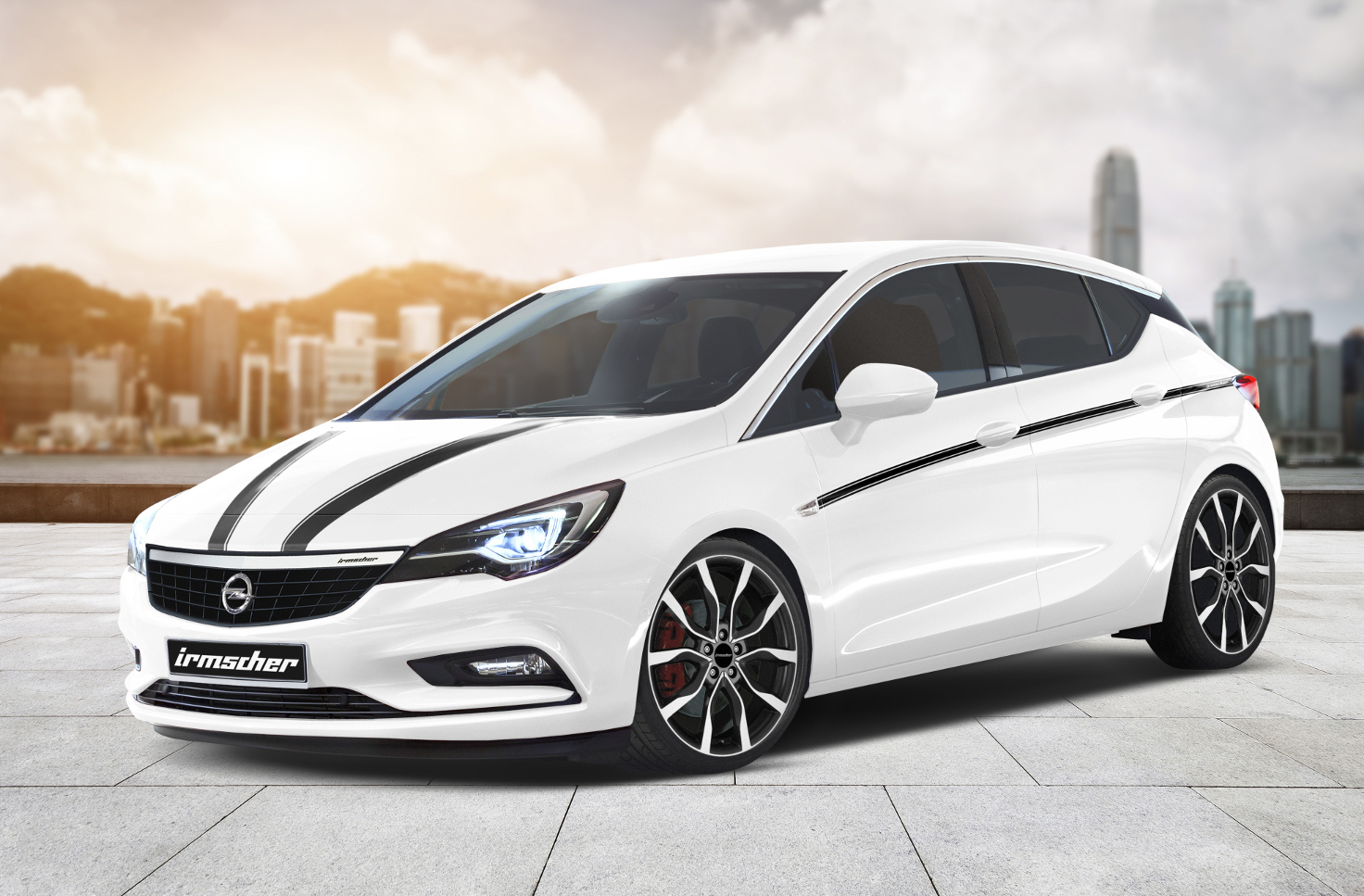 Irmscher is planning a neat upgrade package for the 2016 Opel Astra (soon-to-be Holden Astra), including enhancements for styling and performance. 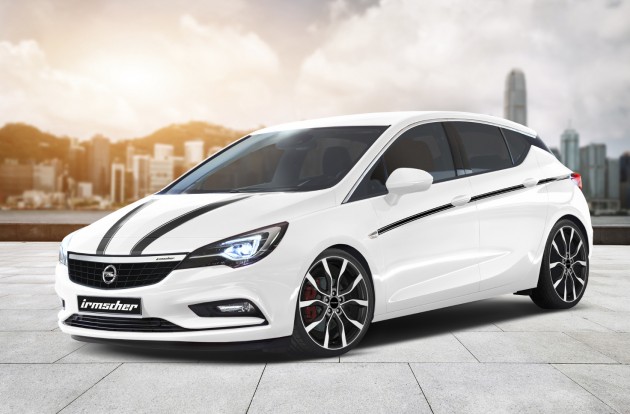 The 2016 Opel Astra was revealed earlier this year, showcasing a more modern design, reduced weight, and updated powertrain options. It’s expected to be quite an attractive model when it arrives in Australia badged as a Holden.

For those wanting a bit of exclusivity though, Irmscher, a Spanish tuning company, will be offering a carbon fibre exterior trim and front grille package, along with black racing stripes.

A range of alloy wheel options will also be available to further dress up the styling, with sizes ranging from 16 to 19 inches. Matched with a lowered sports suspension setup, bringing the ride height down by 30mm, it’s set to be a cool little hatch.

As for engine tuning, the company hasn’t finalised packages as yet but says some light engine computer tweaks should enable a boost of around 22kW for the diesel and petrol versions.

In standard form the European Opel Astra comes with various units, from a 70kW 1.6 CDTI, a 1.0-litre ECOTEC petrol producing 77kW, to a new 1.4-litre petrol developing 107kW. The range tops out with a 1.6 turbo churning out 147kW.

Holden Australia is yet to confirm local specifications and pricing, or even timing for the new model. The outgoing version is still on sale though, in GTC Sport and VXR forms.