In Germany, carmakers can test their vehicles right up near their top speeds on some public highways, as seen here with this 2014 BMW M3 prototype being chased by an enthusiastic BMW 1 M Coupe driver. 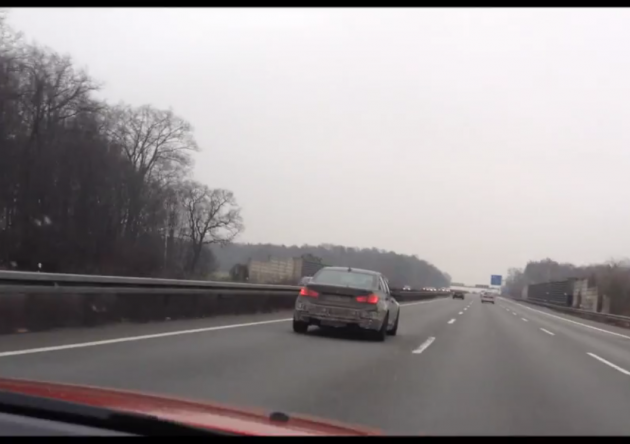 By the looks of it, the next M3 will have little trouble shaking off the likes of the 1 M Coupe, which comes with a 3.0-litre turbocharged straight six developing 250kW. The interesting part is this particular 1 M Coupe is tuned to around 310kW.

As we can see, the 2014 BMW M3 prototype is a sedan; a layout which is expected to be released before the coupe for this generation. It features pumped out wheel arches front and rear, trademark quad exhausts, and a fat and low stance thanks to M suspension.

Power details are still not concrete, however, the new model is expected to come with a turbocharged straight-six engine, potentially of 3.3-litre capacity, featuring three turbochargers. We’ll have to wait and see for official word though.

Click play on the video below to check out the chase. The cars reach speeds of well over 200km/h. It starts quite suddenly, with the roaring 1 M Coupe under hard acceleration keeping up with the prototype.

What a hard job some people have…