You have to admire the Germans for their desire for outright horsepower and speed. There’s many tuning companies over there that will happily provide you with plenty of kilowatts. Meet the Carlsson Mercedes-Benz CK63 RS. It’s exactly the kind of thing we’re talking about. 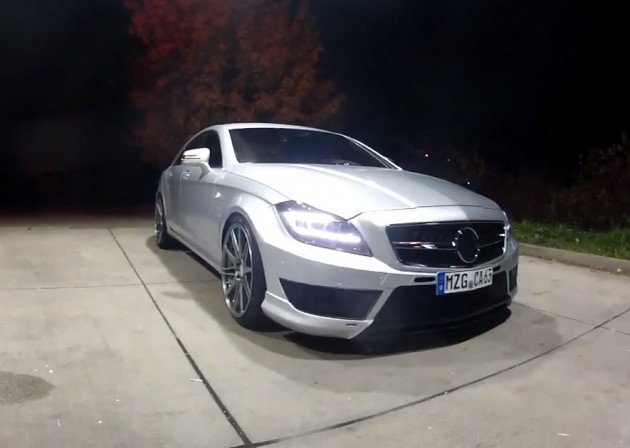 Carlsson takes the already ferociously fast 2012 Mercedes-Benz CLS 63 AMG, and adds a number of tweaks here and there to take power from the standard 410kW rating, out to a mega 479kW output.

The package also comes with a bespoke exterior upgrade including an aggressive bodykit with carbon fibre spoilers front and rear, and a chunky rear diffuser. There’s also a set of lightweight Carlsson CR1/10 20-inch alloy wheels and a full sports suspension kit that lowers the CLS by 30mm.

Renowned motoring publication Sport Auto in Germany has just posted a video, testing the car. The raw-style video simply lets the car do the talking by showcasing the awesome sound of the V8 engine. It also provides an indication of just how brutally quick it accelerates by demonstrating a zero-to-top-speed sprint.

Click play below to take a look. If only it was legal in Australia.