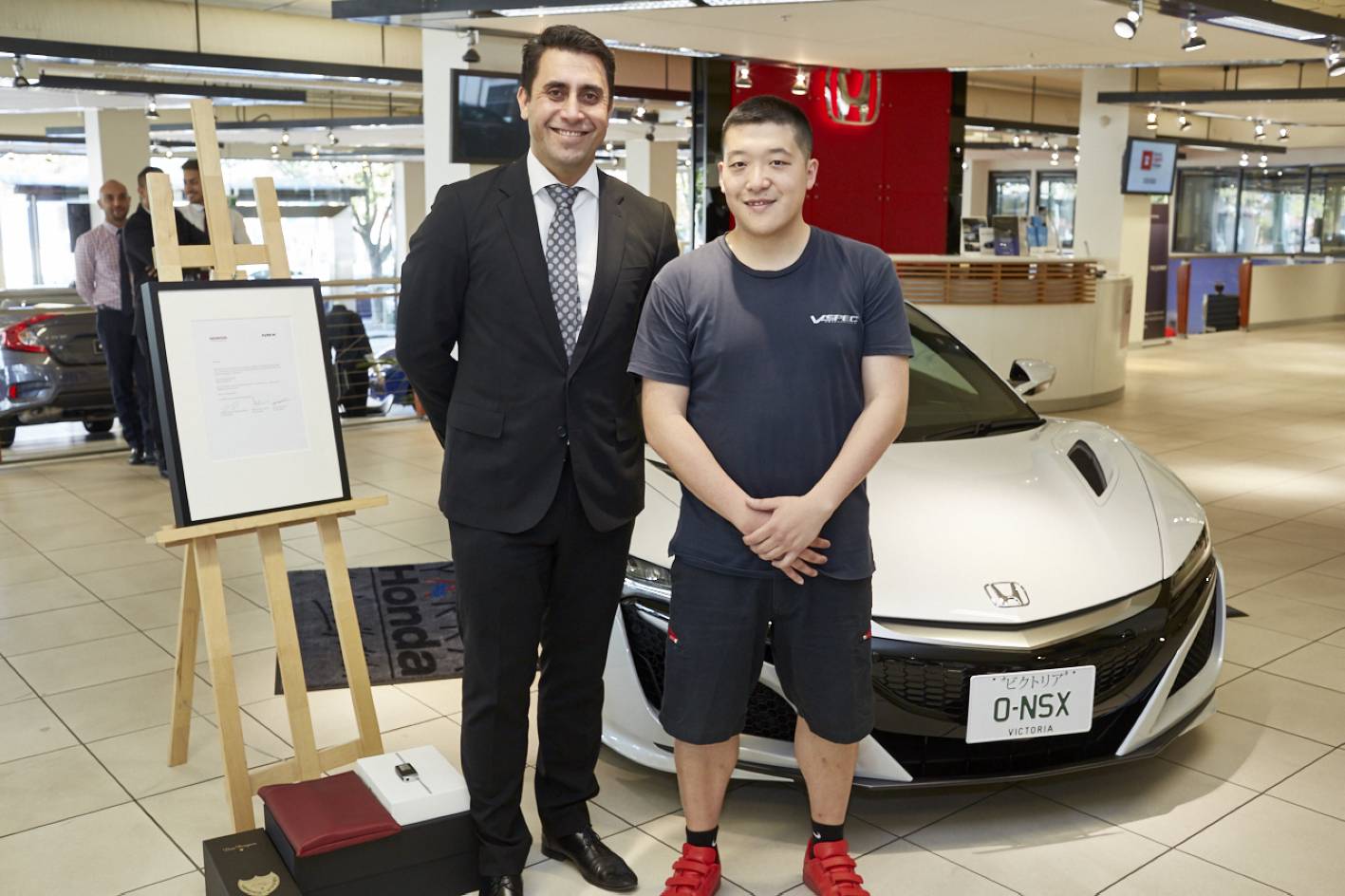 The first Australian customer has taken delivery of the all-new Honda NSX, featuring VIN 001. It was delivered through Yarra Honda in Melbourne. 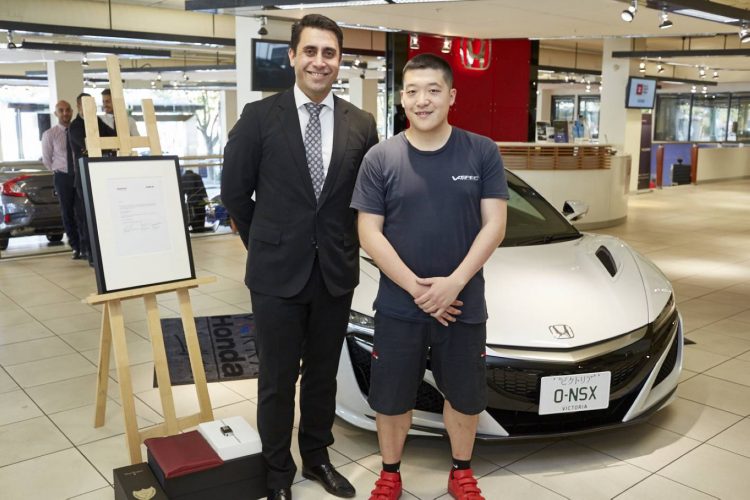 Allen Cheng was the first lucky customer to receive his order. Cheng was so eager to jump onto the waiting list that his order was filled even before Honda Australia’s order, with the VIN 001 compared with Honda’s 002.

The delivery was marked by a special presentation event, with representatives from Honda Australia’s head office handing over not only the keys to the NSX but also a signed and framed letter of congratulations and a 1:18 scale model in matching white. Cheng said:

“The new Honda NSX is so much more exclusive than many European supercars on the market. As soon as its return was announced, I made sure I was on the waiting list straight away.”

Cheng is a long-time fan of Honda and has owned more than 10 Honda models. He also owns a Civic Type R, Integra Type R, an S2000, and even an Odyssey. With only a limited number of NSXs built for global markets per year, Cheng will remain one exclusive owner.

Only five dealerships in Australia will sell the twin-turbo hybrid supercar, one in each of our mainland states. It’s on sale now priced from $420,000.