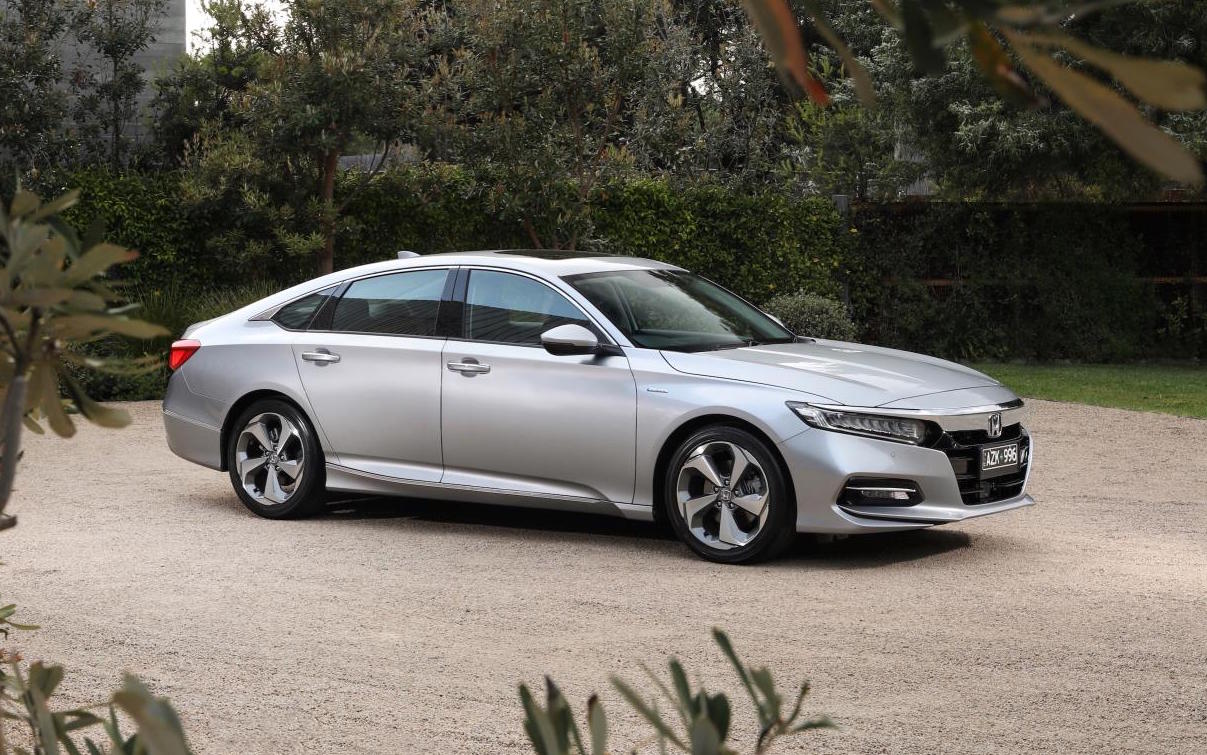 Following the initial confirmation of the Australian arrival of the all-new 2020 Honda Accord (MY2019), the local arm has now announced further details and prices ahead of its showroom debut in December. 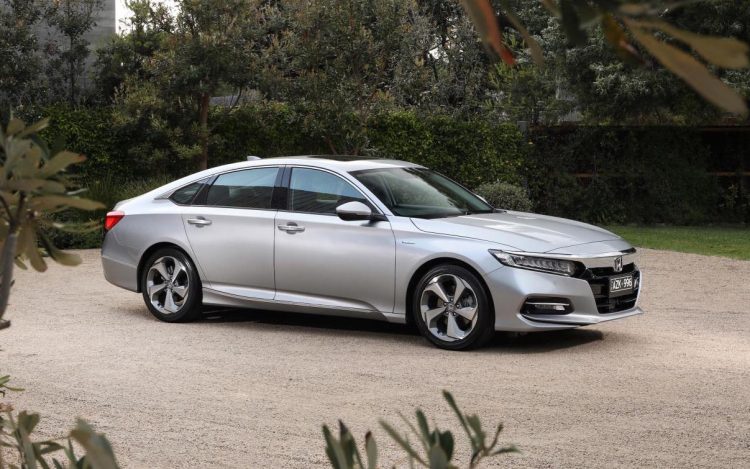 This is an all-new model, coming in as the 10th generation Accord. Honda says the body is made up of 29 per cent ultra-high strength steel, with a laser-brazed roof skin, rear crash zones with Softzone technology, and the first application of acoustic spray foam for an Accord. The body-in-white is also 19kg lighter than before, yet there’s a 24 per cent increase in torsional stiffness and 32 per cent increase in bending stiffness.

Two variants will go on sale in Australia, both in VTi-LX trim. However, buyers can choose between either a 1.5-litre turbo-petrol four-cylinder engine that produces 140kW and 260Nm, or a 2.0-litre petrol hybrid that develops a combined output of 158kW and 315Nm.

In terms of fuel economy, the 1.5 turbo offers an official average rate of 6.5L/100km, which is very respectable for a medium luxury-focused sedan. Meanwhile, for pure economy the hybrid offers an average rate of just 4.3L/100km. Both engines are matched to a CVT auto, which no doubt helps with economy.

Both models come extensively equipped with plenty of the latest and greatest features from Honda. For example, inside, passengers are presented with an 8.0-inch touch-screen media interface that offers Android Auto and Apple CarPlay connectivity. Digital radio, sat-nav by Garmin, and a 10-speaker sound system including a sub-woofer are also standard. 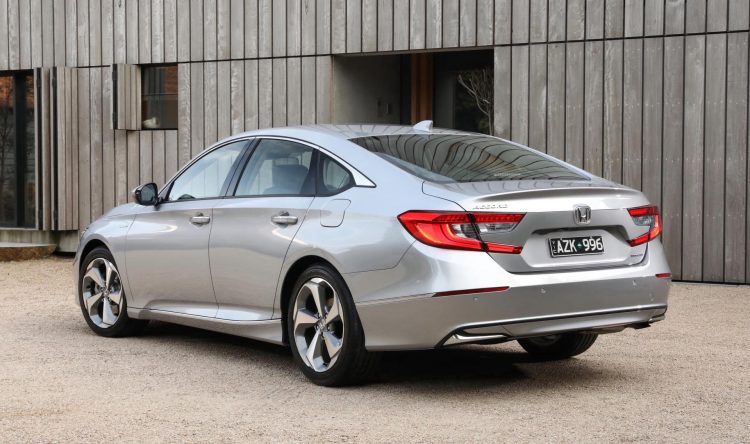 Safety tech is impressive with the 2020 Accord, with both models coming equipped with Honda Sensing, including autonomous emergency braking, lane departure warning, Honda’s clever LaneWatch system, road departure mitigation, adaptive cruise control, and lane keep assist with automated steering capability. ANCAP is yet to provide a star rating but we’d suggest it will pass five stars with no problem.

The 2020 Honda Accord will enter a shrinking market segment in Australia, joining the likes of the Toyota Camry, Mazda6 and Subaru Liberty. Through October, the segment has seen a sales drop of 12 per cent so far this year. However, the fresh new Accord could revive the segment somewhat with its modern styling and eco-friendly technologies. Speaking about its arrival, Honda Australia director, Stephen Collins, said:

“The all-new Accord also marks the return of Honda’s hybrid technology to the mainstream Australian market, supporting the company’s global electrification strategy and our aim for 25 per cent of the local range to be electrified by 2025. With the exception of NSX, this is the first hybrid in our local line-up since 2016 and understandably the Australian market and consumer preferences have evolved in that time, so it’s great to be able to give Honda customers that option once again.”

Showroom entry is scheduled to take place in December, with prices starting from the following (excluding on-road costs):