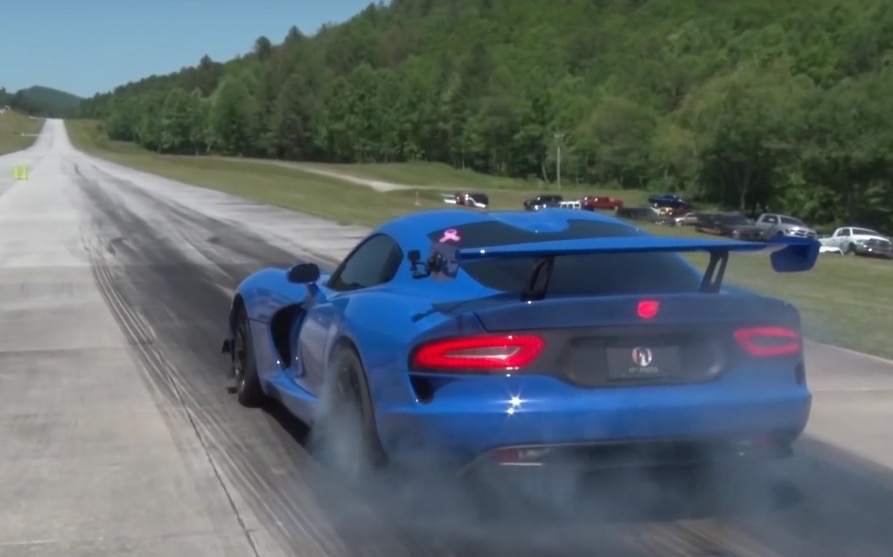 A heavily modified 1118kW Dodge Viper has set a record-breaking half-mile speed run in the US. 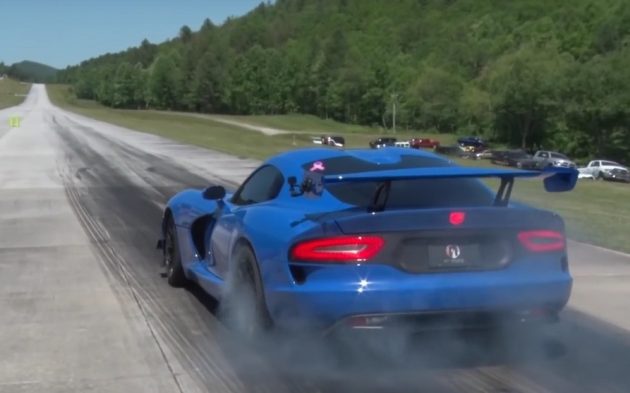 The 3rd iteration of Dodge’s Viper (known as Gen-5 to fans) managed to set a blistering speed of 322km/h on a half-mile (800 meter) run at Heaven’s Landing Airstrip in Clayton, Georgia.

The Dodge in question has been fitted with the additional of two very large turbochargers. Running on normal 98 octane fuel the V10 can produce 932kW. Up the ante to non-street-legal explosive stuff, and the full 1118kW experience will act as a shock to the senses.

On a side note, despite its forced induction, the Viper sounds absolutely staggering. The Viper’s owner and head of the team behind the build had the following to say before the attempt:

“This is the world’s fastest gen-five Viper right now, and it’s this battle to see if we can make it go 200mph on a 19-inch wheel because I don’t think anyone’s done that.”

After the (probably life-changing) run, he said: