A heavily tuned Nissan Juke R with over 596kW made an appearance at the Nurburgring this week, tearing up the track during a Gran Turismo Evo event. 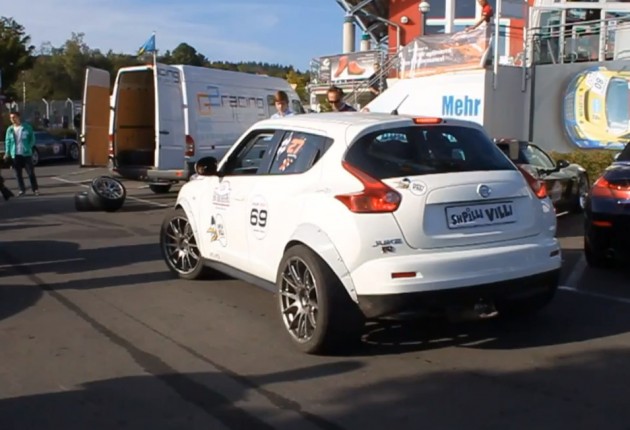 Not to be confused with the Nissan Juke-R project built by Nissan, featuring GT-R running gear, this SUV is built by a Russian performance specialist called Shpilli Villi.

It features a GT-R powertrain as well, only Shpilli Villi has added a set of large HKS turbochargers, a full custom exhaust, and plenty of other upgrades to maximise performance. Running on 109 octane fuel, the Juke produces a whopping 596kW.

As you can see in the video, the workshop has not only transferred the GT-R engine over, some of the interior is also carried across, including a GT-R steering wheel.

The workshop is considering building more examples for interested buyers.