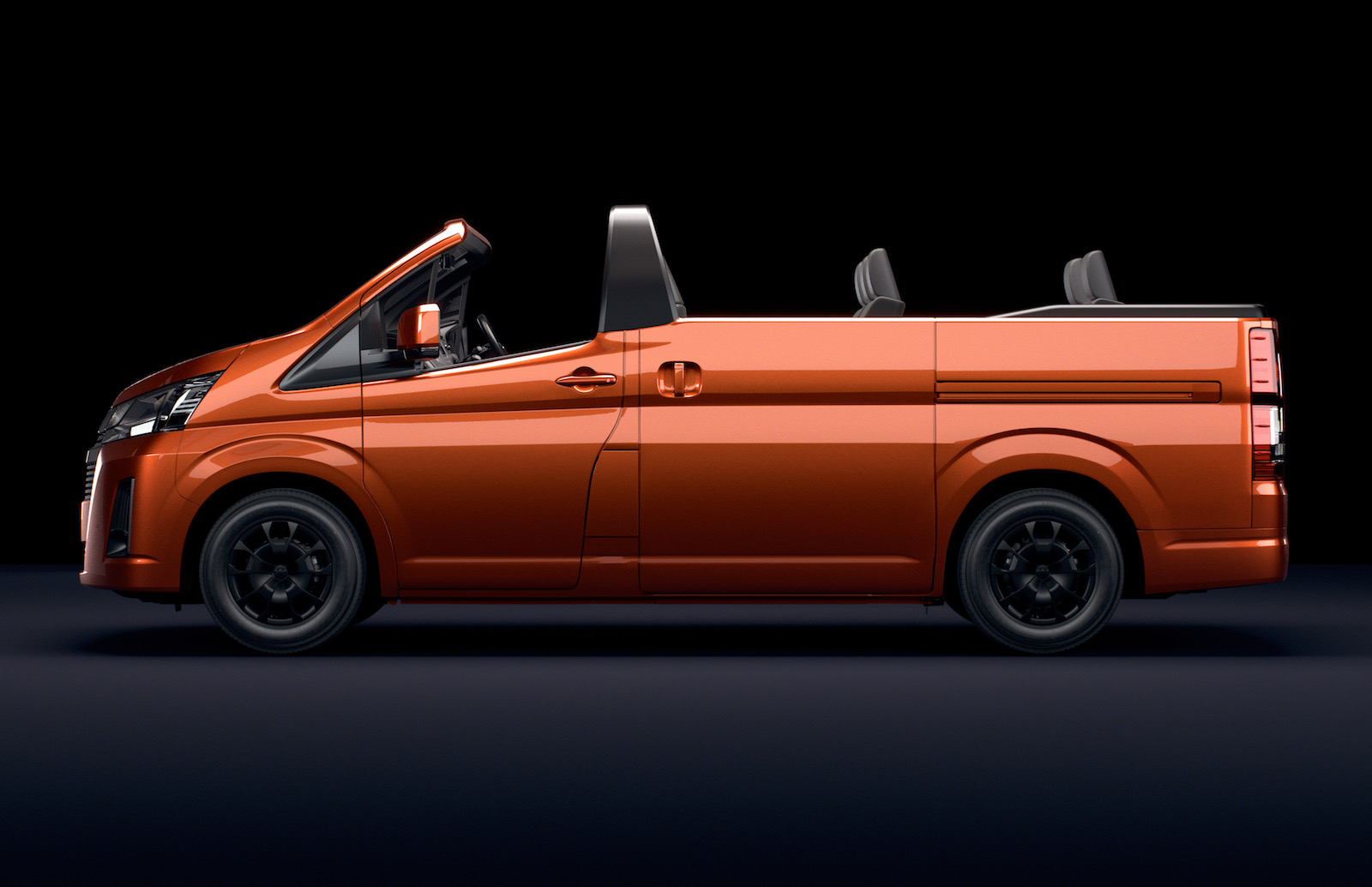 There were quite a few funny, clever and downright silly April Fool’s jokes in the auto industry yesterday, but here’s one that really caught our eye. It’s a Toyota HiAce Convertible concept. 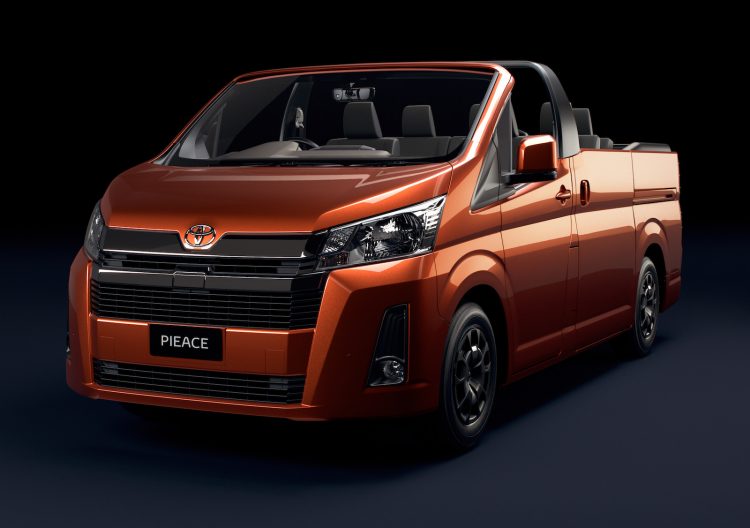 Toyota says it created the concept to help celebrate the upcoming arrival of the all-new HiAce, and jokingly says the convertible roof option will be available across the entire range, including two-seat long wheelbase, crew vans and even the 12-seat Commuter buses.

Obviously it is just a joke, but the designers have crafted something pretty awesome we think. The roof is a soft-top design and features a Z-fold mechanism. With the roof peeled back there is just one roll-over hop protecting the front passengers, with a clear view upward for the rear passengers. Speaking about the concept, Toyota Australia’s head of public affairs, Brodie Bott, said:

“There’s no denying the HiAce has been a popular choice for tradespeople and couriers alike, and now with the HiAce Convertible, we expect it will be even more popular with more people. Not only is it a vehicle that can navigate busy city streets and get you from A-to-B in comfort and safety, it also gives you the freedom to open up the roof and head down the coast for a weekend getaway.” 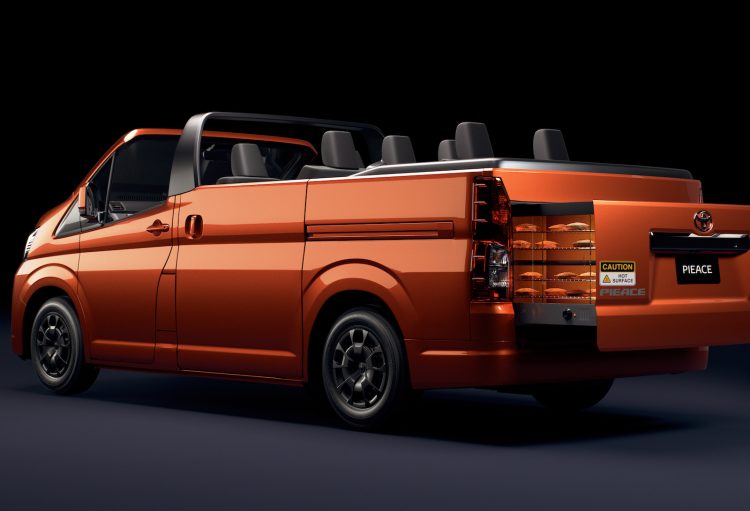 To add further novelty, Toyota Australia is proposing a ‘PieAce’ option, which includes a fan-forced oven and grille mounted within the tailgate. It features four cooking racks and reaches temperatures of up to 250 degrees, offering slow-cooker functionality.

Laughing aside, it’s actually a pretty cool concept. Imagine taking the family for a trip down the coast in one of these. Obviously safety isn’t ideal, but still, the joy of it.

The all-new 2020 Toyota HiAce (the regular models) will go on sale in Australia in May. It will be offered with a powerful V6 petrol engine option for the first time, along with a 2.8-litre turbo-diesel.