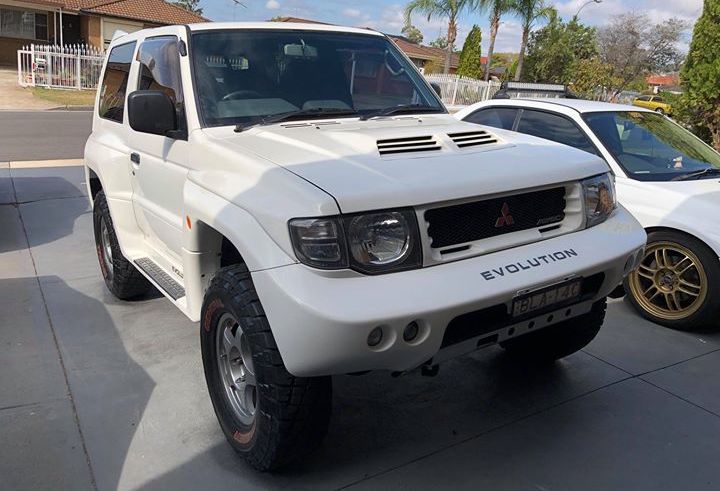 Do you dream of being in the Dakar Rally, even just driving to work? Well, here’s a vehicle that’ll help make your dreams feel even more realistic. It’s the Mitsubishi Pajero Evolution, and one has just popped up for sale in Australia.

The Pajero Evolution, known as PajEvo, was introduced in 1997 and built until 1999 as a special edition performance SUV. Mitsubishi had to produce something in order to meet new regulations for the Paris-Dakar rally of the time, which meant entrants had to base their vehicles on a production model.

Around 2500 were made, based on the short wheelbase, three-door Pajero. It features a more muscular body with pumped wheel arches, a bulging bonnet with special vents, driving lights, and plenty of under-body protection compared with the regular Pajero. There’s also a crazy Sonic the Hedgehog-style rear wing apparatus to help guide dust when you’re flying along the desert.

Under the bonnet sits a 3.5-litre naturally aspirated V6 engine producing 206kW and 348Nm, hooked up to either a five-speed manual or five-speed automatic transmission. Obviously it’s four-wheel drive, with a locking centre diff and limited-slip diffs front and rear to help make it unstoppable on the rough stuff. 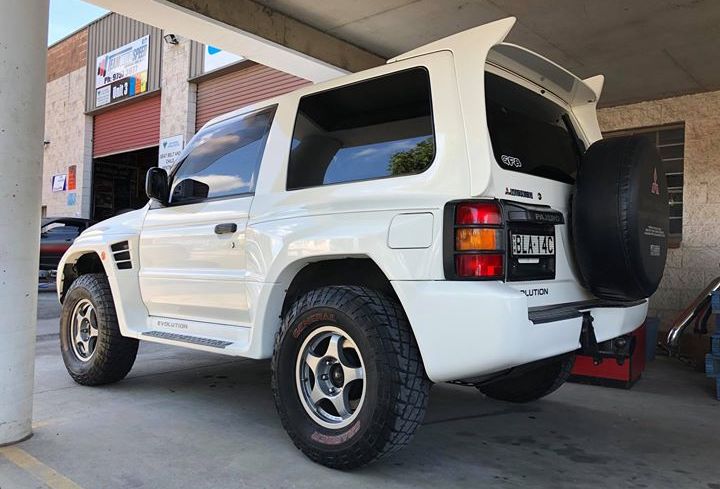 And unstoppable it was. It won not only the T2 production-based class in 1997 and 1998, it also got close to the higher T3 class entrants. Some of its outstanding off-road performance is thanks to a completely overhauled suspension setup with travel extended to 240mm at the front and 270mm at the rear.

When it comes to ultra-cool cars from the ‘80s and ‘90s, the Pajero Evo is regarded as one of the all-time greats. These things are so renowned for their performance that they are still used in off-road motorsport today. The fact that Mitsubishi made these road legal is unbelievable and we doubt many mainstream carmakers out there today would dare build such a bespoke and focused vehicle.

This example up for sale has just 135,000km on the clock and is described as being in very good condition. It still has the factory Recaro bucket seats and the 3.5 V6 engine, with the five-speed manual option. The seller says it recently had new ball joints and gearbox mounts and other bits and pieces put in place. Head over to the Facebook listing for more details. The asking price is $50,000.