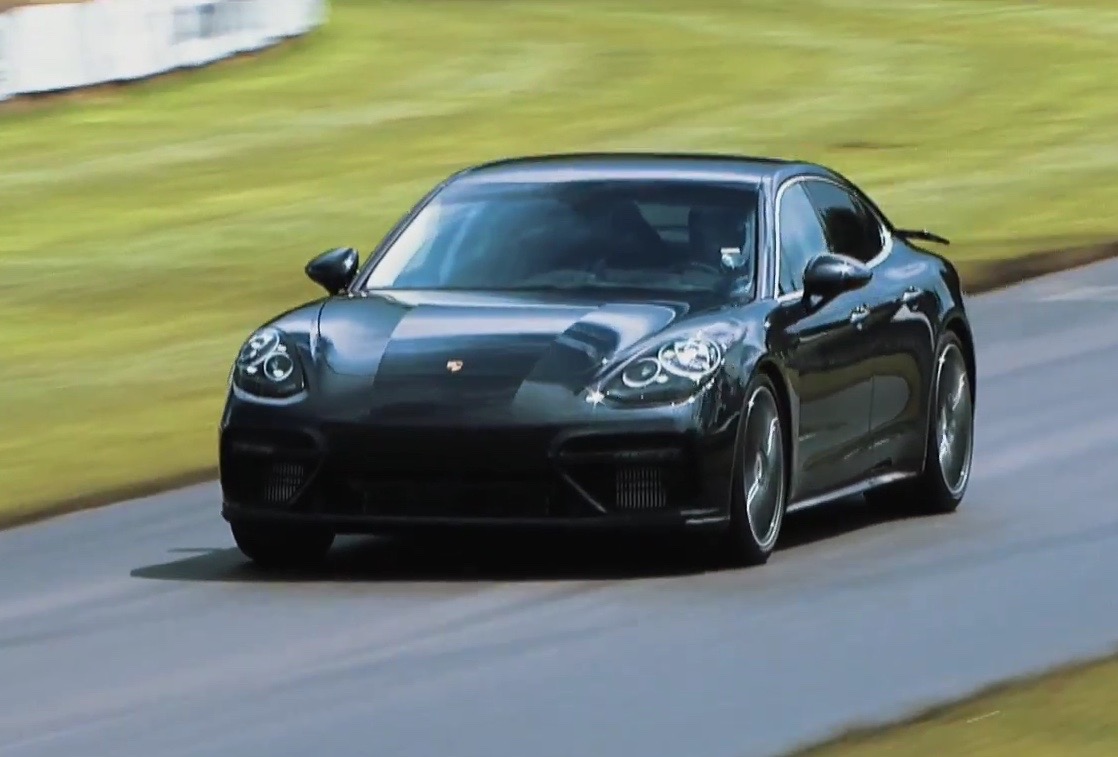 An example of the yet-to-be-revealed 2017 Porsche Panamera has made its Goodwood Festival of Speed debut, giving spectators an early preview of the upcoming performance sedan. 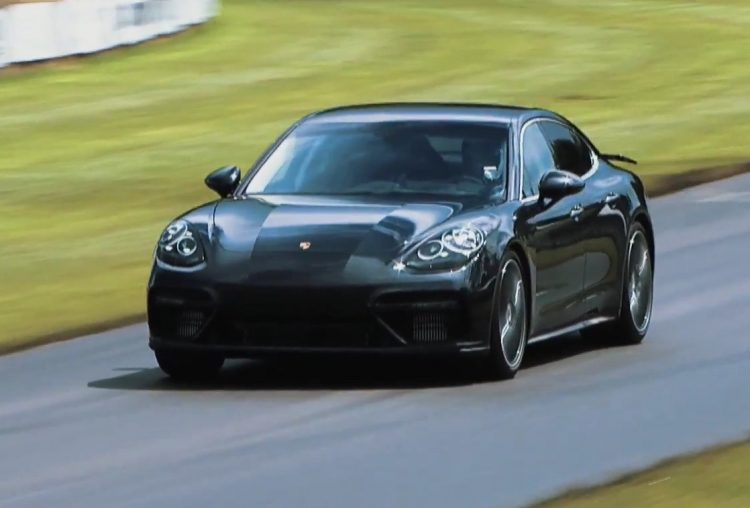 The car at Goodwood was only a prototype but it displays the gist of the new model’s body design, including the sharper-cut panels and more intricate details. Only some light masking covers the full view of the new headlights and taillights.

As leaked late last week, the 2017 Panamera Turbo features a 4.0-litre twin-turbo V8 engine. This replaces the outgoing 4.8 unit, and is expected to bring not only more power and torque – “well over 500hp” according to driver Patrick Dempsey – but also significant reductions in fuel economy.

According to reports, the top V8 turbo will come with an eight-speed dual-clutch transmission. Aside from being more efficient, the new powertrain should help to improve overall performance and sprint times.

Another area that is set to improve performance and economy is the chassis. Underneath the mildly redesigned body is Volkswagen Group’s MSB platform, which is likely to be more rigid and lighter in weight. This alone could bring some comprehensive gains in driving dynamics.

Porsche is planning to unveil the new monster on June 28. A wagon version will be offered for the first time, with speak of a coupe also being on the way. Click play below for a preview from the Goodwood Festival over the weekend.