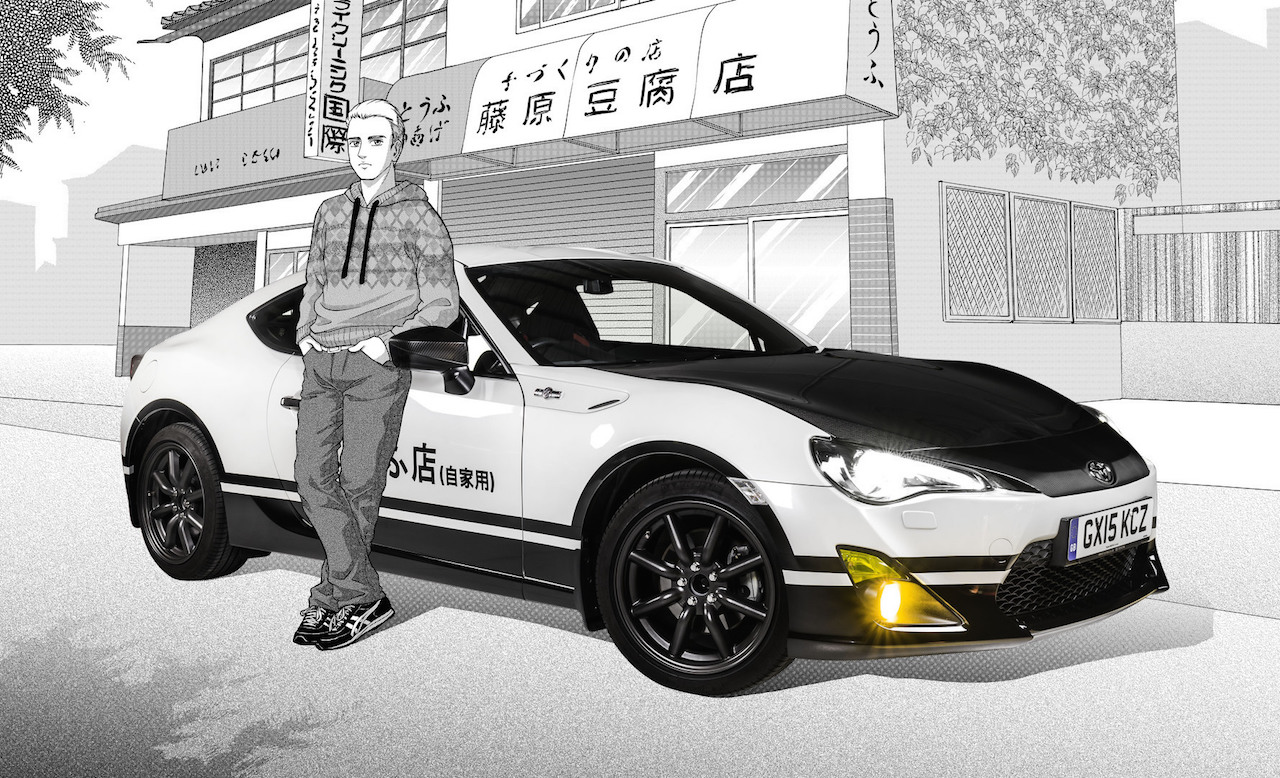 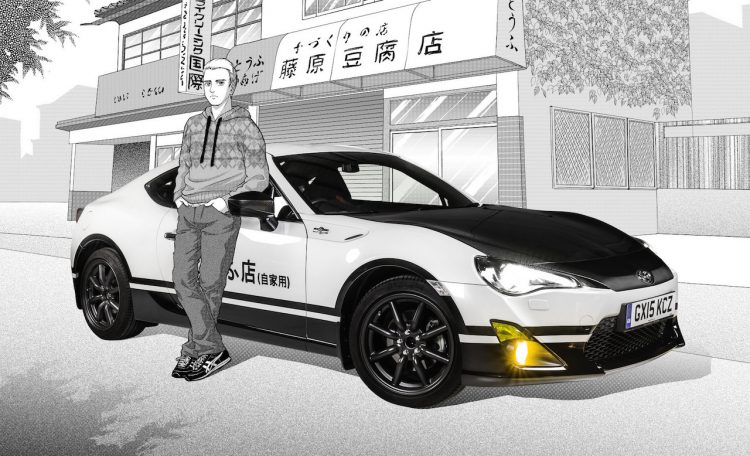 If you haven’t heard of Initial D, basically this kid (Takimi Fujiwara) has an old-school AE86 Sprinter and delivers tofu in it, drifting and racing other Japanese cars down notorious downhill mountain sections, where drifting is said to have originated.

The black and white colour scheme on the new GT86 concept (known simply as the 86 in Australia) faithfully matches the original, as does the hiragana scripting across the door. To complete the ensemble it has yellowed fog lights, mud flaps, and tinted taillights. 17-inch RS Watanabe rims in a charcoal coating set this bad boy off from a distance. 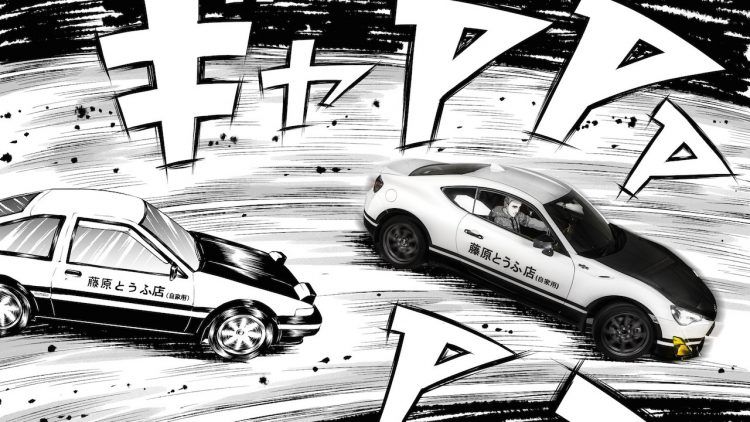 Mechanically, it doesn’t differ from the stock 2.0-litre Subaru-derived D4S flat four, but for a Fujitsubo exhaust and ’20-valve 4AGE’ sticker denoting the engine code of the original ’80s screamer.

The Toyota 86 and the comic/anime series both have such a cult following there are already plenty of Fujiwara replicas hooking up sideways around the turnpikes around the world. Still, it’s good to see Tojo jumping on board and giving some props to its fandom.

A facelifted Toyota 86 and Subaru BRZ with a mild bump in power is due here by the end of the year. If you, too, want a Fujiwara theme, then you might have to outsource as this is a one-off concept.