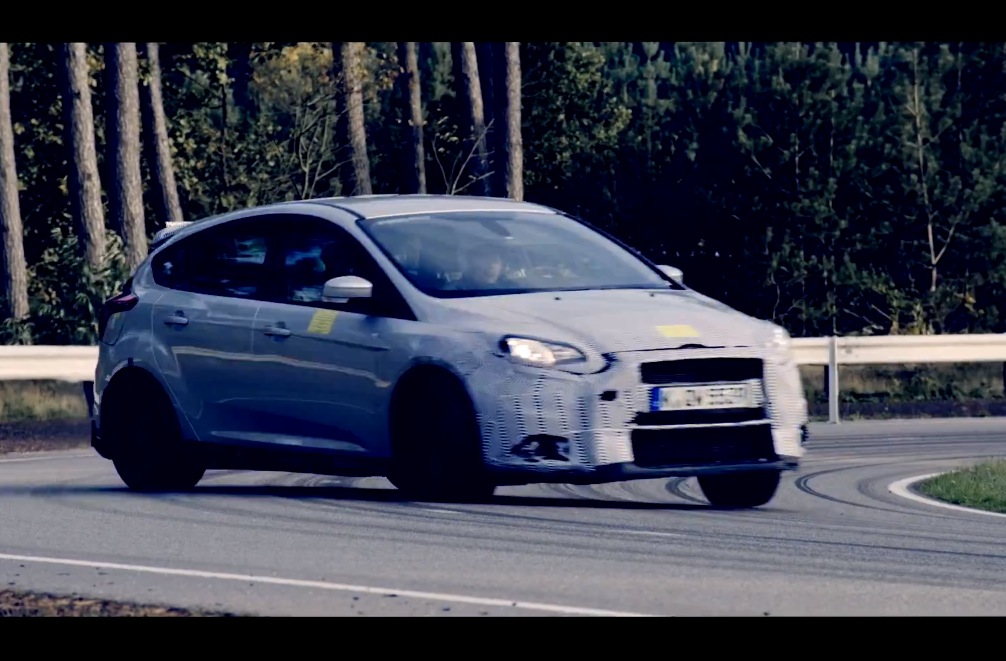 Hot hatch fans will be super-excited to see the first official preview of the highly-anticipated 2016 Ford Focus RS. The car is expected to be one of the quickest production hatches ever made. 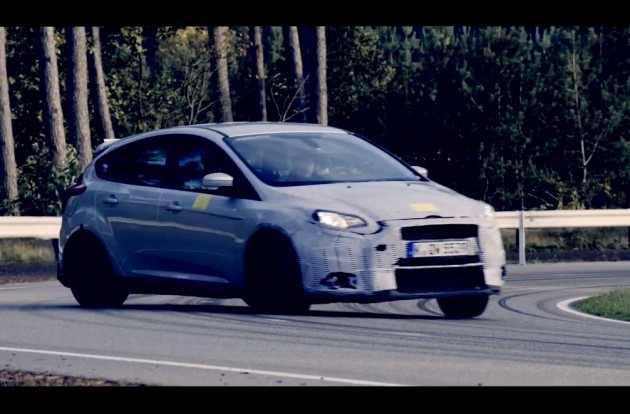 Still in heavily camouflaged state, as previewed in earlier spy videos, the 2016 Focus RS preview gives us an idea of the unique bodywork and the incredible road-ripping performance.

No official or concrete details are revealed in the teaser, as usual with previews like this. However, industry experts who have spoken with key individuals involved in the development of the car suggest we could see a 2.3-litre EcoBoost four-cylinder engine under the bonnet.

Peak power is tipped to sit at around 250kW, while the transmission and drivetrain configuration is still a little hazy. Some suggest a manual-only six-speed while others predict a dual-clutch auto. There’s also speak of Ford turning to all-wheel drive grip to take performance to the next level.

What we do know is the car will be based on the recently updated Ford Focus, only with many bespoke parts underneath to boost overall performance. Ford has said the car will be a no-compromise vehicle with excellent daily driving capability.

In that regard, expect a full sports suspension setup with unique brakes and wheels, and high-grip tyres, but also seating for at least four, along with a practical and well-connected user interface making its way onto the dash.

Ford will unveil the epic new model on February 3. We’ll be sure to bring you the coverage the moment it is released, if not leaked earlier. It will be a global model which means it is likely to make it to Australia, in limited numbers. Click play below for the preview.