A record 60 Ferrari F40 supercars paraded around Silverstone circuit in the UK over the weekend, breaking the previous record of 40 F40s set at the event in 2007. 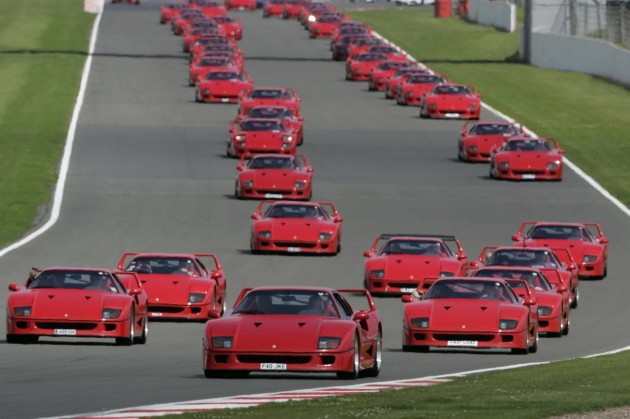 The event helped celebrate the F40’s 25th anniversary, with various Ferrari clubs and enthusiasts bringing the car from many regions to help mark the occasion.

All 60 examples were in scarlet red, a colour combination that has been the pinup wall poster for many fans all around the world since it debuted. 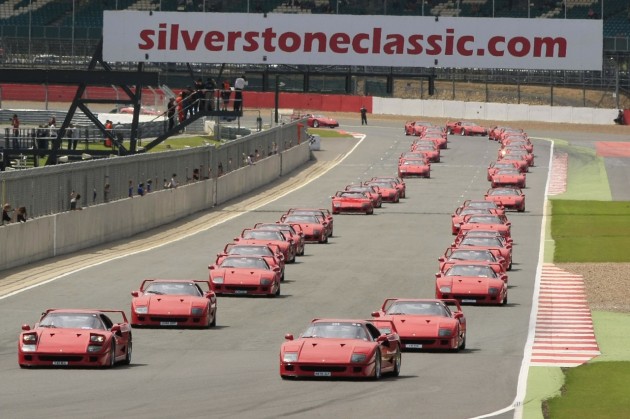 The Ferrari F40 was created in 1987 as a final gesture for company founder Enzo Ferrari before he passed away in 1988. Just 400 were made, all featuring a 2.9-litre twin-turbo V8 engine producing 352kW.

The F40 was one of the first production cars to ever come out with a carbon fibre body. This enabled it to be very light in weight, tipping the scales at a mere 1100kg. It was also the first 200mph (322km/h) road car in its day.

It’s modern-day successor is set to be launched in 2013.