Citroen has announced the all-new Citroen DS5 softroader is now on sale in Australia, with prices starting at $47,990 (excluding on-road costs). 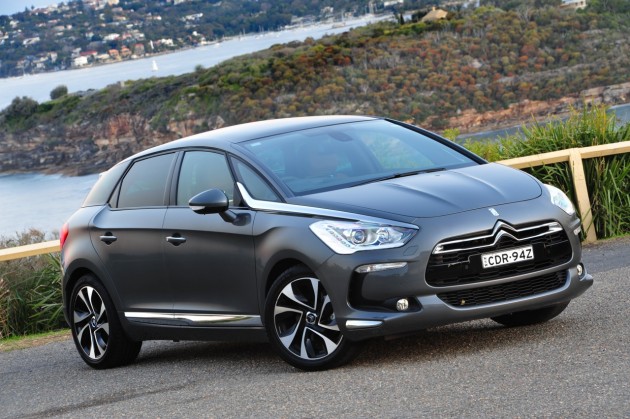 Just one variant is available locally, the DS5 DSport. It comes with a 1.6-litre turbocharged four-cylinder engine producing 115kW of power and 240Nm of torque.

Although 0-100km/h acceleration is far from earth-shattering, at 9.7 seconds, the DS5 is more about sporty styling blended with lots of French elegance. (The design even picked up the 2012 Car Design of the Year award at last year’s Geneva Motor Show.) 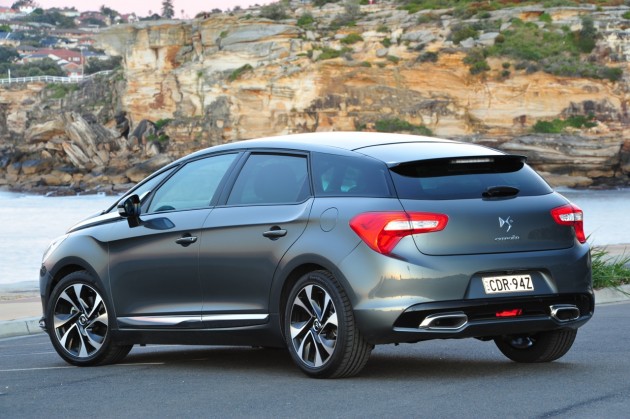 This is the third ‘DS’ Citroen to join the local lineup, following in the footsteps of the DS3 and the DS4. All showcase a distinctively sporty theme in terms of design, with the DS5 also featuring a slightly jumped up body for mild off-road use (front-wheel drive only).

Inside, the pleasurable aesthetics are carried over to match. The driver-oriented dash incorporates modern lines and contours, while the seats are covered in Mistral Claudia leather. If you really want to treat yourself you can option up the upholstery to feature a watchstrap design trim ($2500), as pictured. 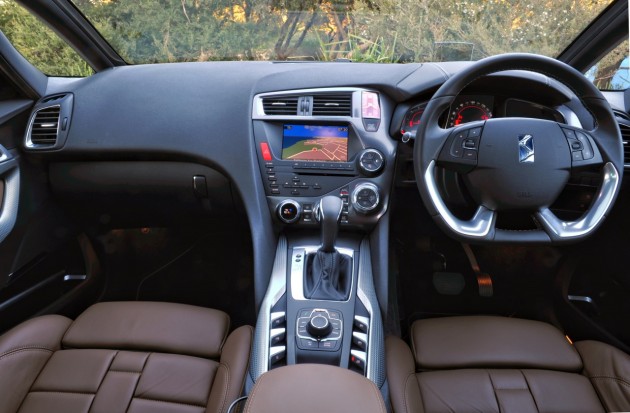 A more powerful all-wheel drive variant is expected to join the lineup further down the track, featuring the Citroen-Peugeot 147kW 1.6-litre turbo engine as seen in the DS4 DSport.