A Subaru BRZ STI concept has been spotted at the 2012 Tokyo Auto Salon in the lead up to its opening. It previews a distinct black theme with a carbon fibre bonnet and roof. 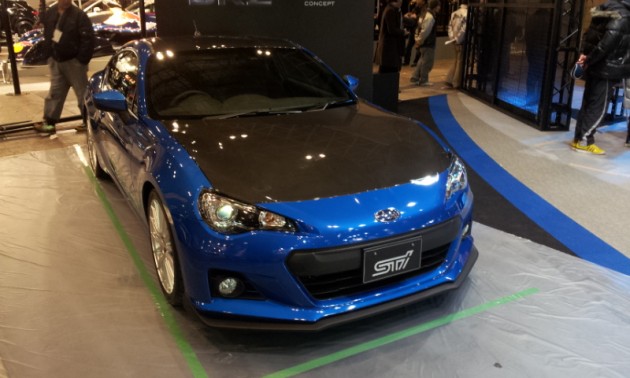 Full details are limited, but from these images (courtesy of ft86club.com), we can see it features revised (clear) taillights compared with the original Subaru BRZ STI Concept car. It also gets a cool lower front spoiler, in black, matching a rear lip spoiler mounted on the boot lid. 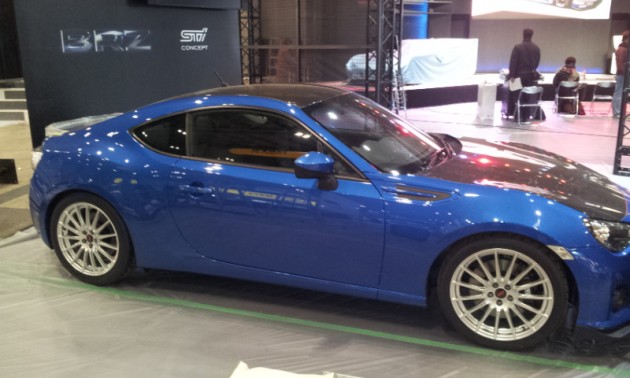 The Subaru BRZ STI also comes with lightweight alloy wheels and a bigger ‘STI’ brake package with larger discs and calipers over the normal BRZ. 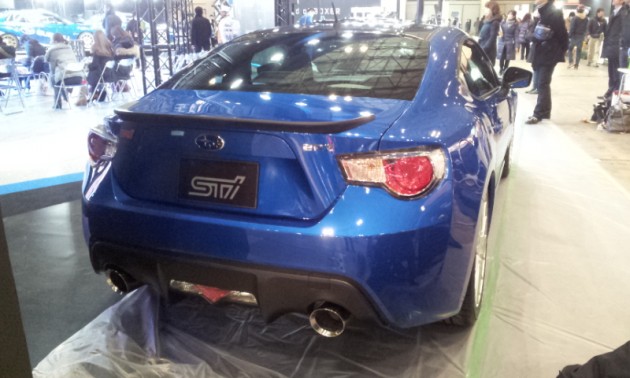 More details on this and plenty of other Subaru BRZ/Toyota GT 86 project cars to come shortly.

UPDATE: Revised details over the normal BRZ include: