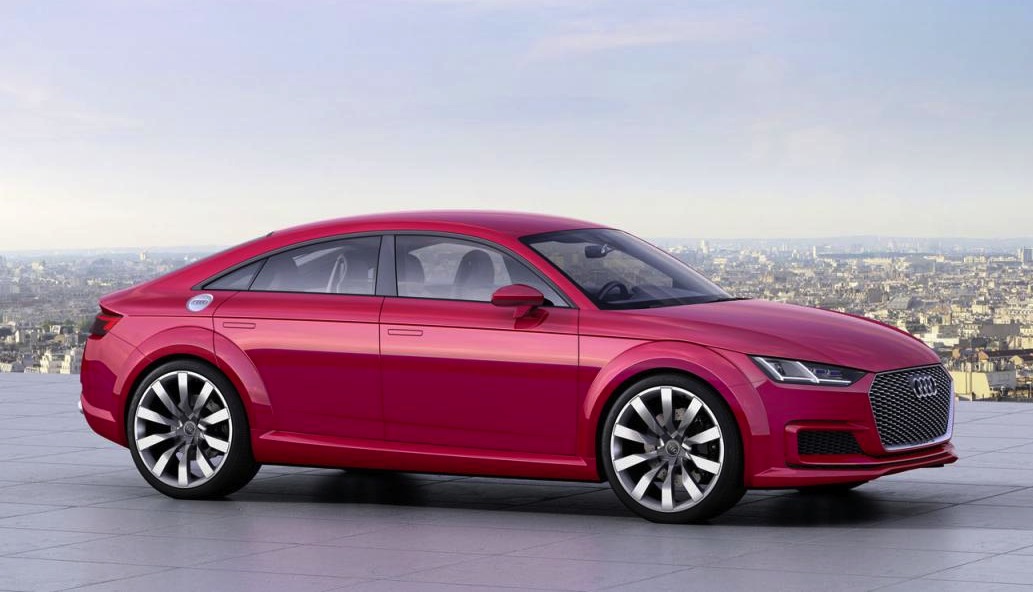 Following on from the launch of the 2015 Audi TT Roadster last week, the Ingolstadt-based manufacturer has taken full advantage of the 2014 Paris Motor Show to reveal a four-door TT Sportback concept, potentially previewing a new direction for the popular sports car. 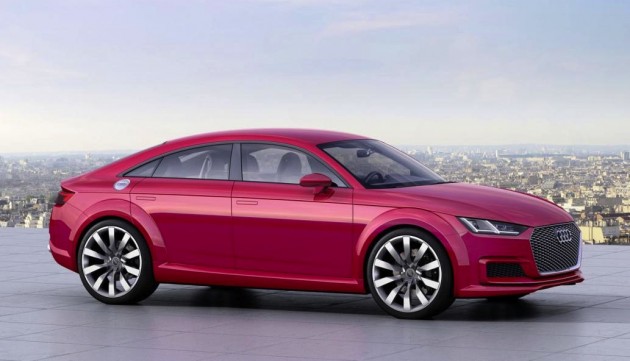 Sporting a design that closely resembles the striking TT Roadster, a Sportback model is likely to join the TT lineup at some stage in the near future, and could sit alongside other four-door coupe models such as the A5 and A7 Sportback.

The Sportback concept features a slightly altered front design, using a different bumper and grille and a pointier headlight design. The rear is also different to the Roadster’s rounded layout, featuring a sharper, more sedan-like shape with an integrated tailgate. Other features include a sporty aluminium fuel filler, 21-inch alloy wheels, laser-beam headlights, and a dual-exhaust system.

The TT Sportback concept features a four-seat cabin that houses two singular rear seats divided by a centre console, cream leather trim, as well as aluminium and black trimmings throughout. In place of a conventional cluster setup, the dash houses the same 12.3-inch screen seen in the TT that is used to display all relevant information to the driver, including speed and satellite navigation.

Dimension-wise, the Sportback measures 4.47 metres long, 1.89 metres wide, and 1.38 metres tall, with a wheelbase of 2.63 metres. As a result the four-door sits longer, wider, and lower than the TT Roadster. 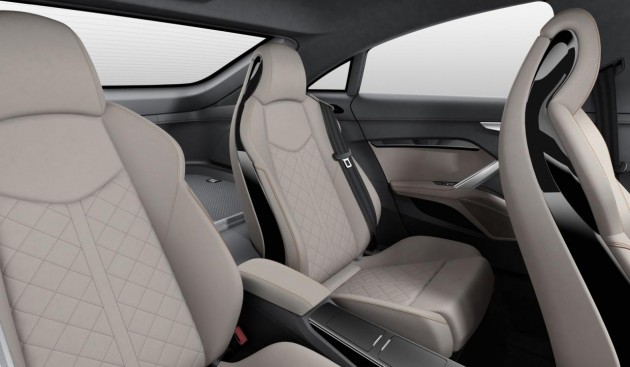