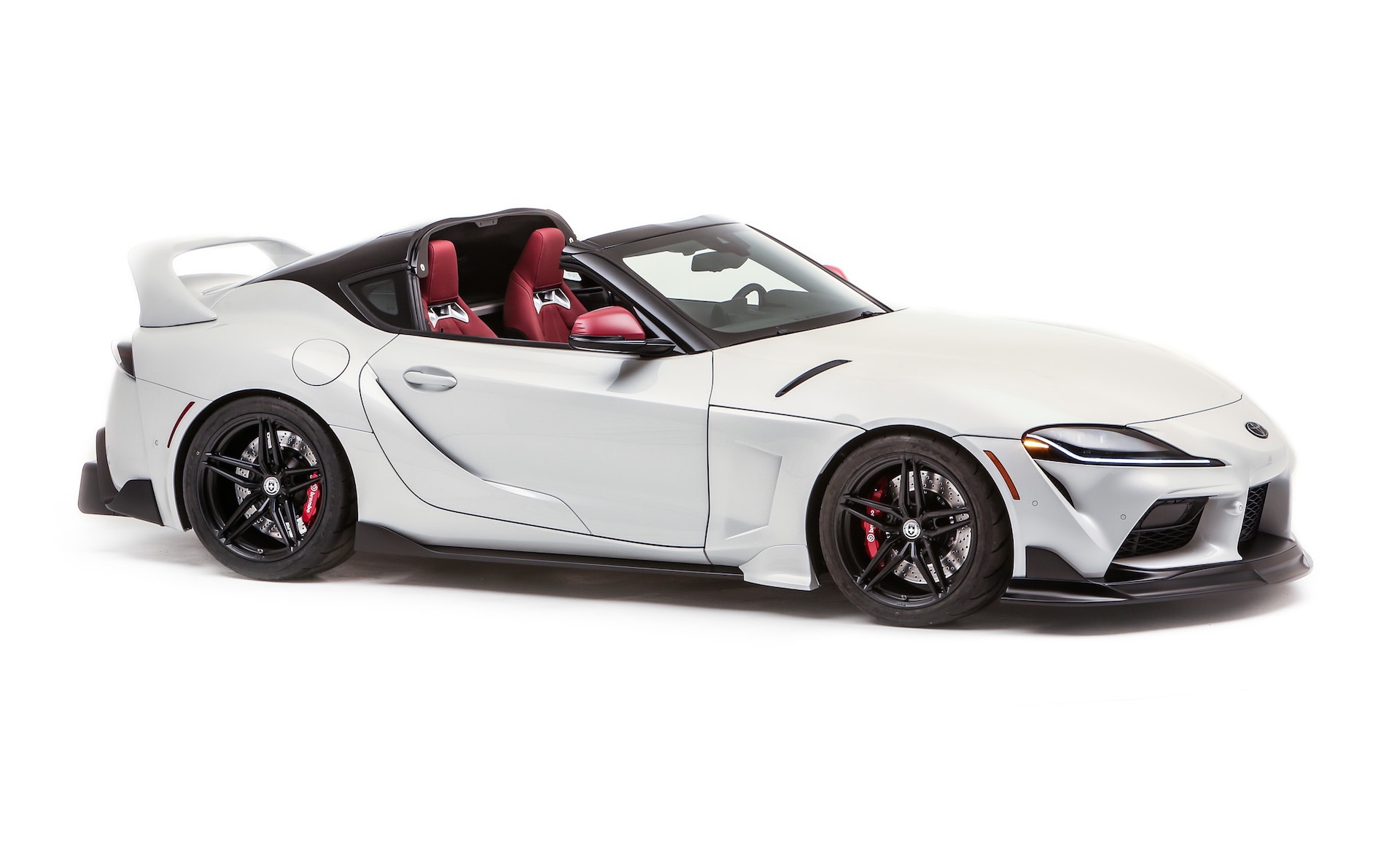 Remember the Toyota GR Supra Sport Top convertible previewed last month? Well here it is. Looks pretty cool, huh? Don’t get too excited though. Toyota has no plans to put this into production. 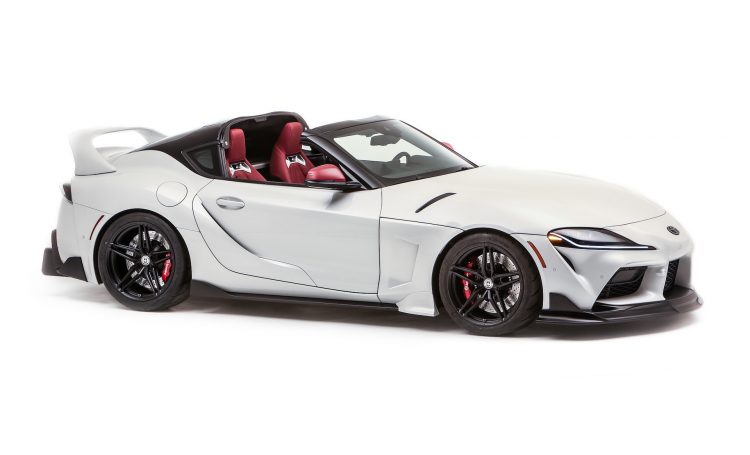 You could imagine the tense situation between BMW and Toyota if there was an open-top Supra, since the Z4 is already a convertible. Nonetheless, Toyota’s USA team has put together this one-off project for the SEMA show. The show this year is being run as an online-only event, spread across two waves, called SEMA360.

The Sport Top was developed as a tribute to past generations of open-top Supra models. Plenty of custom design and fabrication work had to be carried out to build the special concept, including reinforcements to the vehicle frame – even though the BMW CLAR-based platform already caters for the Z4 – and lots of panel work and modifications to remove the roof.

Unlike some Targa top Supra models of the past, this concept does not feature the traditional T-bar that runs through the middle to join the windscreen to the rear bulkhead. A two-piece roof panel is maintained though, made from a composite material. These panels have been designed so they can be stored in the boot. 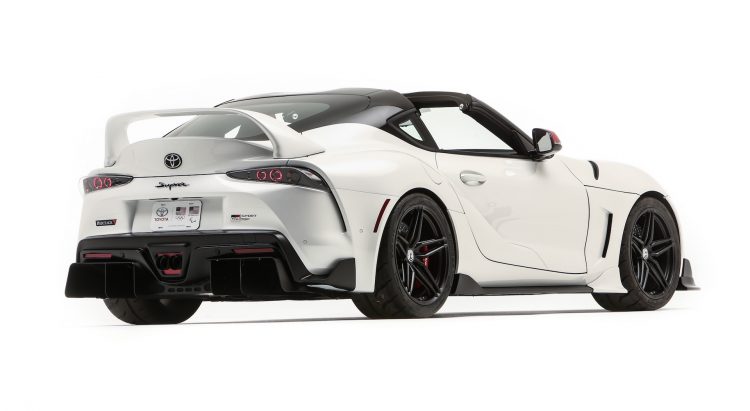 Aside from the removable roof, which does give the GR Supra a dynamic profile, the Sport Top also showcases a black bodykit. An extended front spoiler is applied, matching black side skirts, and similar skirting around the rear bumper bar. There’s also a ‘basket handle’ rear spoiler installed, also inspired by historic models.

There’s no speak of any powertrain tuning, so we’ll assume the 3.0-litre turbo inline-six resides as is. In its latest tune the engine develops 285kW and 500Nm, sent through a ZF eight-speed auto and into a rear-wheel drive system.