After something very unique with some history? How about Jacques Villeneuve’s Dodge Viper RT/10 Hennessy Venom that was handed to him for claiming the 1997 Formula One World Championship title, after battling with Michael Schumacher on the track, physically. 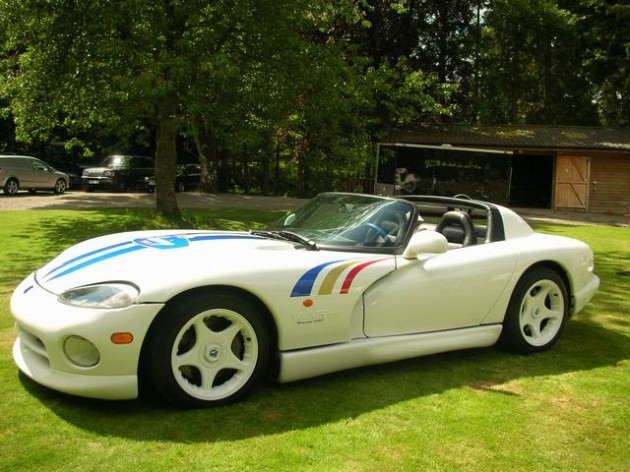 There seems to be a bit of a theme going on with celebrities selling their cars lately, with Jenson Button’s Ford GT and then Arnold Schwarzenegger’s Ferrari 360 Spider, and now this. Unlike the others though, this is not your ordinary production car simply made more special just because a celebrity sat in it. This one has an interesting and controversial story behind it.

In the final race of the 1997 Formula One World Championship at the European Grand Prix, it was down to Michael Schumacher driving for Ferrari and Jacques Villeneuve driving for Williams-Renault. On lap 48, with Schumacher in the lead, Villeneuve was creeping up and about to make an overtaking move on Schumacher. As Villeneuve went to make a move to take the lead, Schumacher illegally bumped into Villeneuve, forcing a bit of a kerfuffle in a bid to stop Villeneuve from taking his chances at the Championship. Ironically, it was Schumacher that ended up having to retire from the race with suspension damage, and was subsequently disqualified.

Villeneuve managed to limp through the race and take third position; enough to claim the 1997 Formula One World Championship title. In amongst the celebrations, one of the Williams-Renault sponsors, Rothmans, decided to shout Villeneuve a special gift; this very 1997 Dodge Viper RT/10 tuned by Hennessey Performance. Instead of developing the standard 309kW of power from the 8.0-litre V10 engine, this edition packs 450kW. 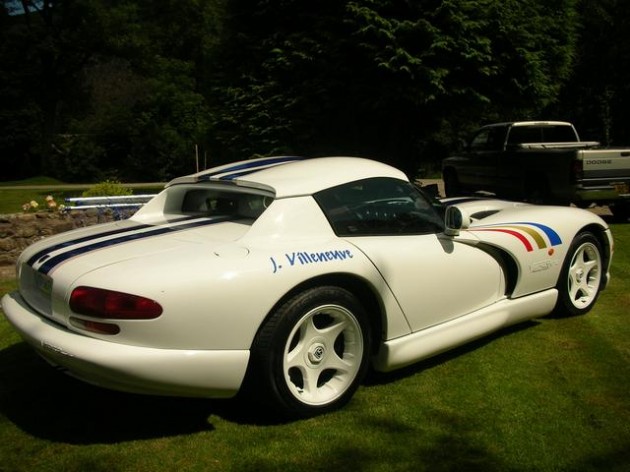 According to the advertisement the special Jacques Villeneuve Dodge Viper RT/10 is capable of smashing 0-100km/h in just 3.3 seconds and has a top speed of 330km/h. The Dodge Viper RT/10 also has just 37,000km on the clock, so it’s quite an neat example, despite the car touring with Villeneuve during the 1998 Formula One season.

Jacques Villeneuve’s motorsport history isn’t so picture perfect either though. On the circuit he’s been dishing out some controversial moves himself. Villeneuve was accused of causing an incident in NASCAR race driving for Penske recently. The incident involved pushing Brian Scott off the track, and slamming into Max Papis during the Bucyrus 200 at Road America in the US.

But anyway, his mint Dodge Viper example is currently up for grabs for £39,995 (approximately AU$61,675) in the UK. Head over to PistonHeads for the full ad.